The Saeima, which has repeatedly proved that its majority is conservative, will have to change its attitude towards same-sex couples. The Constitutional Court has declared a norm of the law which does not provide for the right of parental leave for same-sex couples after the birth of a child to be inconsistent with the Constitution of Latvia. At the same time, the court has pointed out that this judgment requires the liberalization of the legal status of families - the legislator must ensure the legal protection of each family.
13.11.2020. Jānis Lasmanis 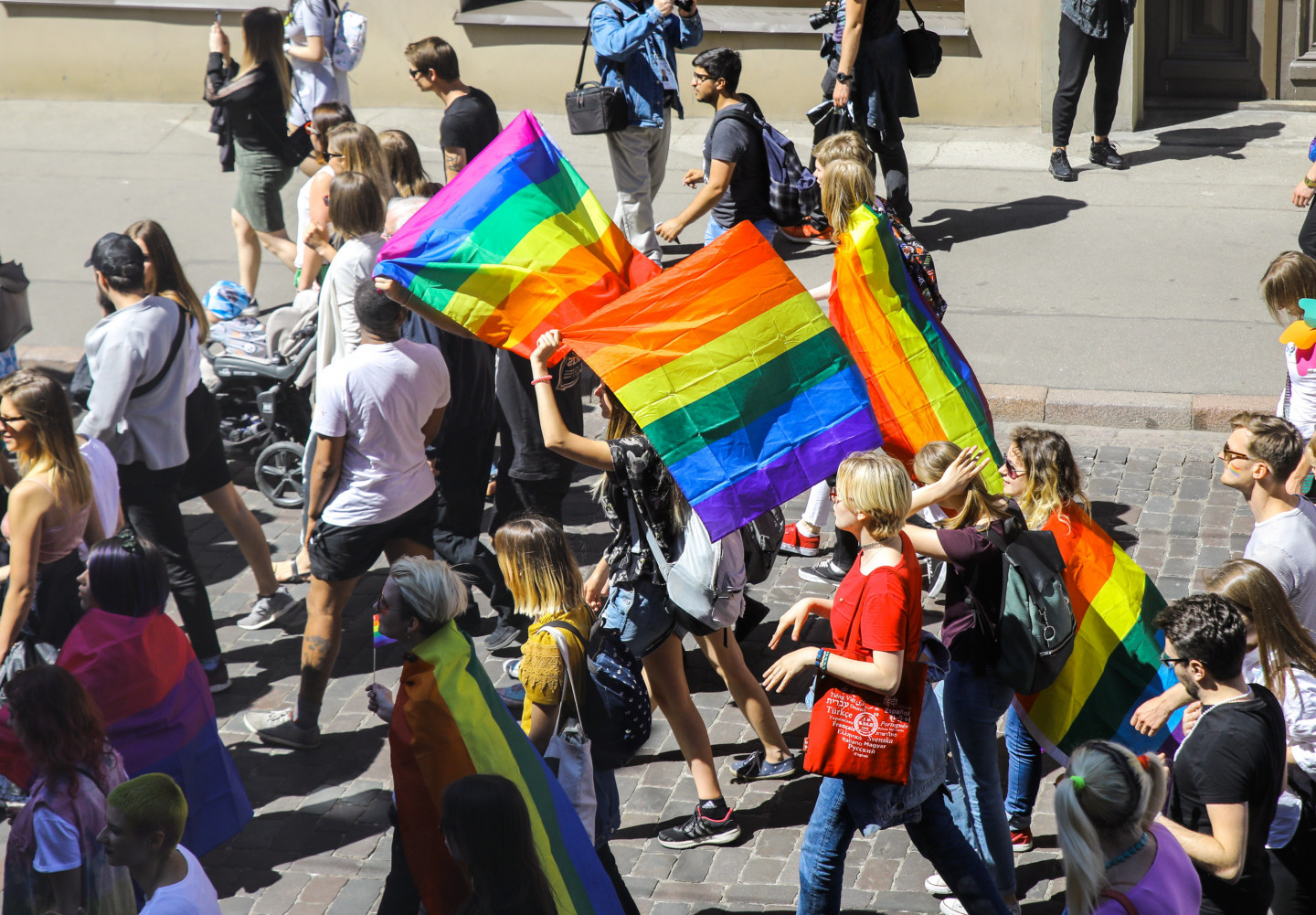 Daniels Pavļuts, the chairman of the Saeima faction Development/For! (Latvian: Attīstībai/Par!), who has already unsuccessfully tried to include the legalization of same-sex couples in the agenda of the Saeima, has expressed his satisfaction with the court's ruling and points out that the Saeima will no longer be able to avoid resolving this issue.

"The Constitutional Court says that there is an inconsistency but does not say how it can be resolved. I have long been concerned that the conservative majority of the Saeima would prefer someone else to introduce a modern legal system for family rights in their place. The Saeima will not be able to evade this obligation. These are issues that we have been trying to include in the agenda of the Saeima for several years now, now they will have to be included,” says the deputy.

The National Alliance (Latvian: Nacionālā apvienība), on the other hand, has traditionally opposed the legalization of same-sex marriage and families, and the deputy chairman of their Saeima faction Jānis Dombrava is critical of the Constitutional Court's judgement and points out that, in his opinion, the court has not always made reasonable decisions and this could be one of them - unreasonable and subjective, not based on the Constitution.

"It is clear that the ruling will have to be read more closely - what precisely is said there. One thing is the press releases I skimmed through. The second thing -

judgments of the Constitutional Court are not a panacea. Sometimes they have been absolutely stupid.

As an example, I can cite the judgment of Abrene, that it is a newly acquired territory, despite the fact that Latvians have lived in the Abrene district for thousands of years. It can be observed that often the judgments of the Constitutional Court are formed from those who are currently in office in the Constitutional Court. Therefore, it is necessary to carefully analyze whether in the judgment the court has assessed other articles of the Satversme, which lay down the definition of a family very precisely,” says the representative of the National Alliance.

The state must respect homosexual relationships

Osipova points out that every person has the right to the protection of his or her physical and mental integrity, honor and dignity, as well as the right to live according to his or her will and, in accordance with his or her nature, to develop and improve his or her personality without suffering from state interference.

She also says: Article 96 of the Constitution provides that every person has the right to his or her inviolability.

says the Chairperson of the Constitutional Court.

She said that the state must ensure that the child grows up in a family environment, and when developing a legal framework that affects the child, the legislator is obliged to assess their impact on the affected rights of the child.

Taking into account that this judgment concerns a broad legal regulation and not just a single law, the Constitutional Court has instructed the legislator to eliminate the shortcomings established in the state regulatory enactments by 1 July 2022. Given that this task will be challenging for the conservative Saeima, and that this date is already considered to be the time of the 14th Saeima pre-elections, it can be assumed that some parties will find it extremely difficult to explain some decisions to their constituency.

The first part of Section 155 of the Labor Law stipulates that the father of a child has the right to ten calendar days of leave, but the first sentence of Article 110 of the Constitution provides that “The State shall protect and support marriage - a union between a man and a woman, the family, the rights of parents and rights of the child”.

The applicant holds that the contested norm does not comply with the first sentence of Article 110 of the Constitution. The applicant stated that she was in a stable same-sex relationship with her partner and that the applicant's partner had two children after their cohabitation.

The Applicant emphasized that the contested norm contradicted the principle of prioritizing the best interests of the child, as it did not allow a person to provide physical and emotional support to their partner and her child and thus did not protect the interests of the child in the best possible way in all families.

Lauris Liepa, a lawyer for Association of LGBT and their friends Mozaīka, said at the court hearing that discriminatory treatment of same-sex couples with children is not allowed or justified, because both partners are the child's parents. Kaspars Zālītis, a member of the board of Mozaīka, also added that there is a stigma in society regarding same-sex families, and such families want to live in the shadows, so there are difficulties in identifying the actual number of these families, although they are known to have up to four children.

In the course of consideration of the case, the Saeima expressed its position that the contested norm complies with the first sentence of Article 110 of the Constitution. Representatives of the Saeima and the Ministry of Justice explained earlier at the court hearing that according to the legislation, children of same-sex couples can have only one parent, therefore after the birth of a child there is no right to parental leave for a biological mother's partner.

Comment
Former MoH Guntis Belēvičs: We need an intelligent strategy for the use of rapid Covid tests
MKMāris Krautmanis
The United States now mirrors the McCarthy era
BLBens Latkovskis
Clouds gather over the Minister of Welfare: Ombudsman sharply criticizes, Prime Minister is tolerant
Inga Paparde
The leader of the Belarusian opposition disapproves of the Lithuanian name of Belarus
JPJuris Paiders
The Saeima will start work on formulating the concept of family
Imants Vīksne
Force structure ratings are above average
Imants Vīksne