Businessman Kirovs Lipmans: I have to leave something good for my country

Interview with Kirovs Lipmans, the main shareholder and chairman of the council of JSC Grindeks.
17.11.2020. MJMarija JASINSKA 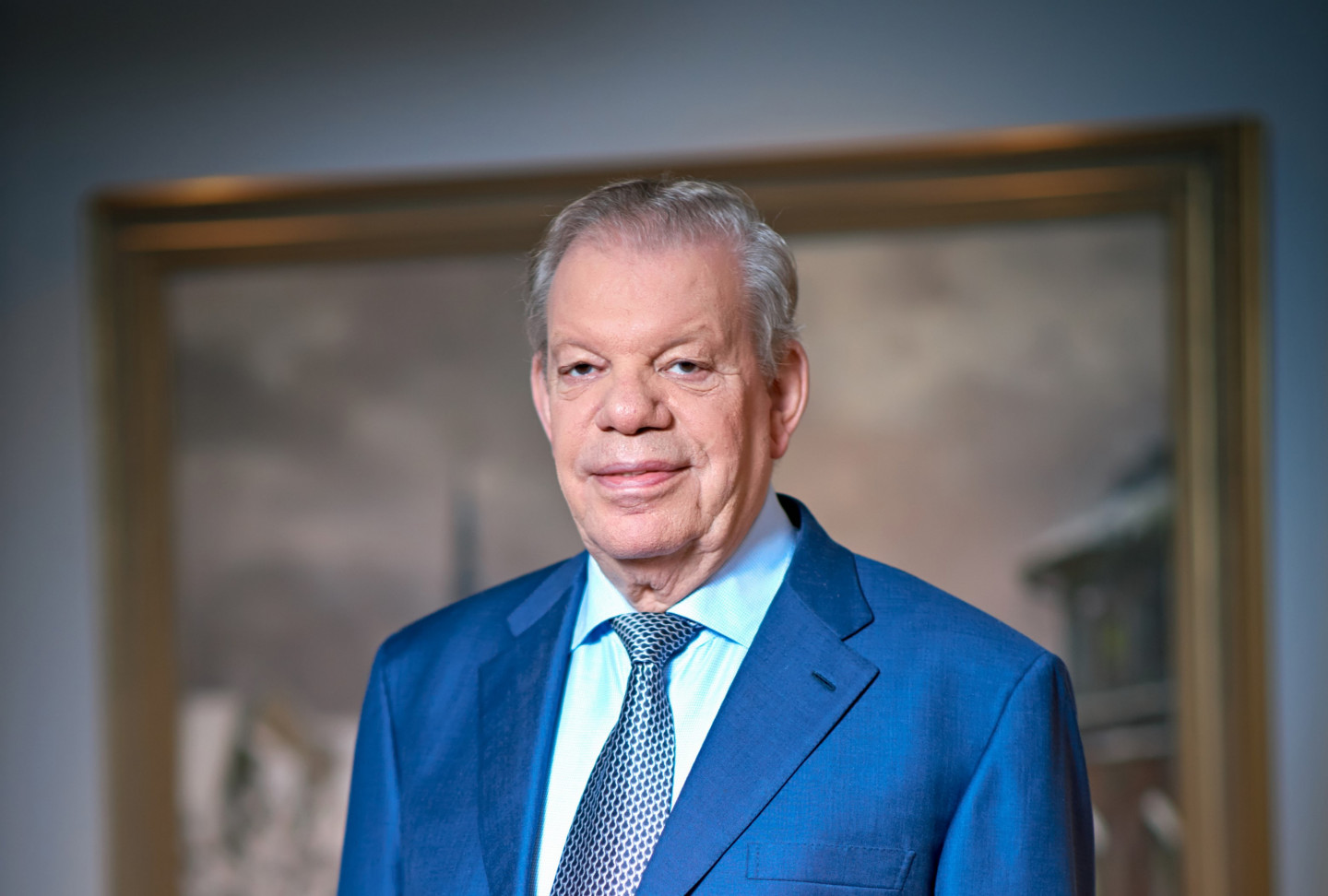 THE TEAM. "I have a very good team of employees, which sometimes inspires me to tears. I am grateful for the dedication of these people to the work and the positive attitude towards me personally, so before the national holiday I say to them: "Thank you!"" - says Kirovs Lipmans ©Igors Timofejevs/F64

Latvia is the only one of the Baltic countries, which has not only maintained, but also keeps developing the national pharmaceutical industry. What has been the basis of this success story?

In Latvia, pharmacy has historical traditions. It is very important for this industry to understand development opportunities, see the benefits and use them in development. Our company has its roots in 1946, when the Vitamin and Hormone Factory was transferred from the Ministry of Food Industry to the management of the Latvian Academy of Sciences in order to transform it into an experimental factory, which later acquired the name Grindeks. After 11 years as a pilot plant it was included in the Institute of Organic Synthesis, and it became one of the largest drug research centers in the territory of the former USSR. Combining the capacity of the Institute of Organic Synthesis and Grindeks, there was a great opportunity to develop new products, because both funding and excellent specialists were available. Honestly, it was not a simple success story, but result of a serious and long work, which is based on the highly skilled all level employees. Let me explain, all drugs were first developed and tested in the experimental plant and only then introduced into mass production in the newly built plant, now known as Olainfarm. At that time, Grindeks could not be called so much a factory, but rather an experimental plant within the Institute of Organic Synthesis.

The situation changed in the 1990s, when both Grindeks and Olainfarm were privatized, and we became independent pharmaceutical manufacturers.

Grindeks is the largest pharmaceutical company in the country with a significant number of high-level specialists. What does this mean in the Latvian context?

Every year Grindeks proves that the company grows and develops both qualitatively and quantitatively. In total, Grindeks in Latvia alone has about eight hundred employees, but including the companies involved in our group, including Slovak and Estonian factories and Kalceks, as well as representative offices in 11 countries around the world, Grindeks provides well-paid jobs for 1,480 people.

We attract the young specialists by implementing various education-promoting projects, cooperate with educational institutions, including Olaine College of Technology, LU, RSU and RTU, and, of course, the Institute of Organic Synthesis. Our industry requires secondary technical or higher professional education and we need a very wide range of specialists - pharmacists, chemists, doctors and other professionals in related fields. I believe that we are only at the beginning of the road, because to achieve our goals, we require constant development, which can be achieved through cooperation with educational and scientific institutions at all levels. We have received very positive feedback on our efforts, noting that such cooperation has been needed for a long time.

Does Grindeks give opportunities to work in science, to conduct scientific research?

Pharmacy is inseparable from science, and the development and introduction of new drugs is closely linked to research. First of all, the company itself has professional employees working in the field of research and development, moreover, we cooperate with scientists in various research centers and institutes both in Latvia and abroad.

A few years ago, the Latvian Institute of Organic Synthesis provided us with new candidate drugs for the treatment of cardiovascular diseases for further research. The emerging original drug is currently in clinical trials. We are looking for a cooperation partner to conduct further research together. But we cannot promise that these candidate drugs will be available to patients in a year or two - the second and third stages of clinical trials are yet to come.

Does this explanation provide an answer to the question: why are the so-called generic drugs the core portfolio of Grindeks?

Yes, because creating new original products takes a very long time - even ten years or more, as well as huge funding - tens of millions of euros. I have already mentioned that we have very professional staff who are able to develop and start production for high quality generic drugs within a few years. As a guideline for the development of the company, I have set the start of production of at least four to five generic drugs a year. This is a very positive development process of our company, which promotes visibility, production volume and economic growth.

More than 90% of Grindeks products are exported. In addition, there is a misconception that the export markets are only the former CIS countries - with the new generic drugs Grindeks will very successfully conquer the European, Asian and American markets.

Exactly! My task is to create a situation for the company to become independent from one country or another. Previously, the bulk of sales were made in Russia and other CIS countries. However, the Russian market and currency are very volatile. Therefore, I inspired our team to register the medicines produced by Grindeks in European, Southeast Asian and American countries. Until two years ago, none of our products was registered in Europe, except, of course, in the Baltic States, but now there are many, especially in the segment offered by Kalceks. We are also actively working on the registration of medicines manufactured by Grindeks in many countries around the world. I am very glad that we made this historic decision and successfully launched our products in the world markets.

Does this mean that you will leave the Russian and CIS markets?

No, but the sales strategy from the new year will be different. Currently, payments are made in rubles, regardless of the exchange rate, but in the future, when signing the contract, there will be a fixed price and fluctuations in the Russian ruble currency will not affect it. After all, I am an economist and I know how to think economically.

How can a relatively small company conquer large export markets in the world?

I would like to emphasize that the name of Grindeks is well known in the world. I will admit that currently my high-ranking and influential relatives and friends, who are also our cooperation partners in the USA and Canada, are actively working to register even more medicines manufactured by Grindeks in the USA and Canada. We are already represented in Canada, but I hope that the number of medicines registered in these countries will soon be much higher, which will open up even more export opportunities for us and allow us to expand production. Maybe you would call them unrealistic, but my

ambitious plans are to reach a turnover of EUR 500 million a year by 2025 and a billion euros a year in a few years' time.

This year, the turnover will reach almost 200 million euros, but these opportunities, by registering our medicines in many countries, will allow us to achieve these ambitious goals in the coming years. I would add that in 2003, when I started managing Grindeks, its turnover was 10 million lats per year, and it was considered a very good achievement. I am very grateful to the employees of the company, because only with them I can lead Grindeks to new success.

What does it mean to you to work in Latvia, to work for Latvia?

My ancestors have been living in Latvia since the 17th century, and my mother has always told me, "You live in Latvia, and you have to leave something good for this country." I can openly say that I have cousins and cousins in both the United States and Canada who hold high government positions and are very rich. In the 1990s, when the political changes took place here, they wrote to me, called me and desperately asked me to leave. If I left, my life would be orderly and very decent. But I said, "No, I will stay in Latvia, because this is my country, and I will do my best to make this a good and rich country." I think I have given enough to Latvia both in the field of business and in support of sports life, so I am excited to remember the moment when I received the highest award of the Latvian state - the Order of the Three Stars. I am baffled that people sometimes do not understand what it means to be a patriot, but that is very important, because we each contribute to the development of our country through our work. I see that many processes in our country could be better, but it is still my country.

Comment
Prosecutor General Stukāns: The nationalization of money is dictated by the United States
Imants Vīksne
The archetypal heroes and magicians of Latvian politics in the fight against treacherous noses
BLBens Latkovskis
Aivars Lembergs will be tried in spoken proceedings in the appellate instance after all
Uldis Dreiblats, Ritums Rozenbergs
Seafarers' educational autonomy is only allowed until 2023
Imants Vīksne
With the change of the ruling coalition, the current rulers could also be called criminals
Uldis Dreiblats, Ritums Rozenbergs
The lockdown is presented as a sex position
Arnis Kluinis