airBaltic will fly through the eye of the needle

The executive director of the Latvian national airline airBaltic Martins Gauss' justification for rescuing the company resembles the biblical story of a camel, which can be pulled through the eye of a needle with good faith.
05.12.2020. Arnis Kluinis 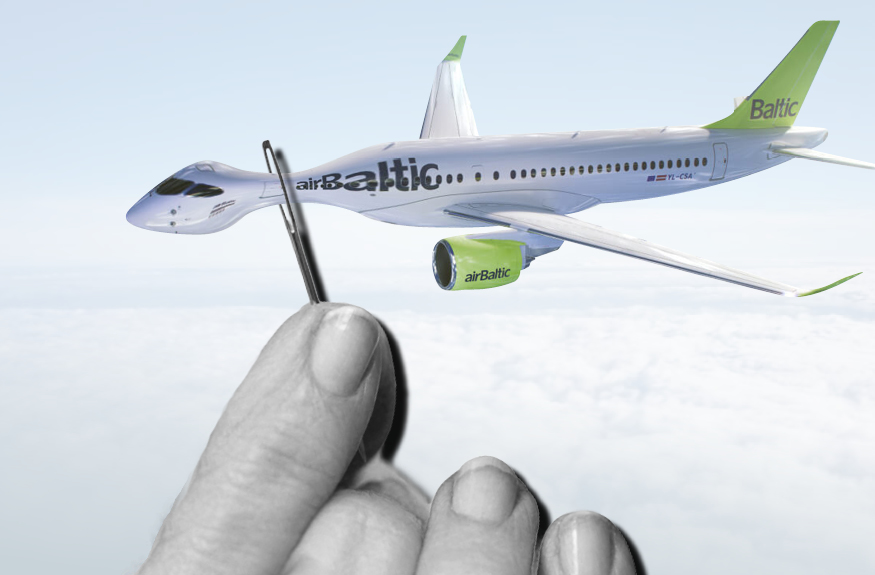 According to M. Gauss, the determining factor for airBaltic's survival in the Covid-19 crisis is its optimal size, which was established before the Covid-19 crisis. On one hand, the airline is big enough. "Many small airlines will disappear. In turn, the strongest airlines - Ryanair, Wizzair, large airlines, also airBaltic - will return,” M. Gauss' words were spread by the agency LETA. On the other hand, the airline is small enough not to suffer excessive losses. The smaller the airline and any company in general, the lower the fixed costs of maintaining the company during downtime. To that extent, M. Gauss agrees, but he does not explain why, in the case of airBaltic, the downtime costs, which he described as "burning money", were lower for airBaltic than for the larger airlines, not only in absolute terms, but even more so in terms of percentage of total costs: "In addition, airBaltic also has a lower share when compared to the industry as a whole, as we have a relatively small expense base," said the CEO.

There are many risk factors

While wishing for M. Gauss' calculations to turn out to be correct, it is necessary to point out a number of factors which further narrow the eye of the needle through which airBaltic must pass. First of all, the size of airBaltic, its maintenance costs and structure, predates the advent of Covid-19. It will only be a happy coincidence if the duration of the Covid-19 crisis and other parameters specific to air transport will prove strong enough to destroy some of airBaltic's competitors, but still weak or short enough to end sooner than the money that airBaltic is now “burning” as Gauss calls it. Secondly, the coincidence between the strength of Covid-19 and the Latvian state's ability to get money to "burn" must be just as successful. Thirdly, there is a suspicion that Covid-19 is being used to get rid of intrusive competitors by leading players in air transport and probably other sectors. It could be that the airline giants Ryanair and Wizzair, named by M. Gauss, would prefer to exterminate each other and then tolerate airBaltic, rather than redistribute airBaltic's legacy between the two. However, these are just assumptions and expectations. It is not publicly known why the rules to be introduced in the name of combating Covid-19 in air transport could prove to be more favorable to airBaltic than to other airlines, or that Latvia would be able to influence these events and not lose its investment in airBaltic. 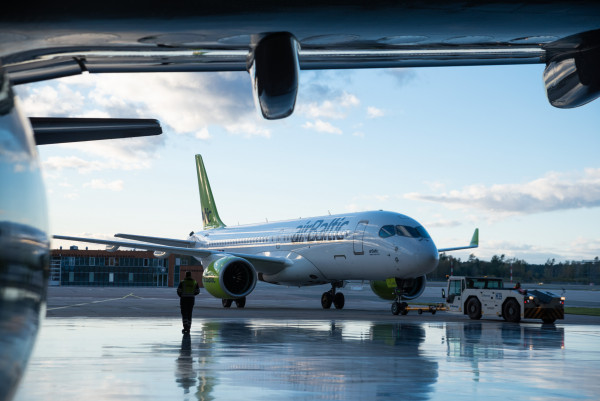 In the spring of this year, the Latvian state released airBaltic from the obligation to return 35 million euros already lent by the state and in the summer paid another 250 million euros into the company's share capital. Now Gauss has calculated how long it will take for the company to "burn" the money. This deadline is named very roughly as the next spring. If air transport has at least started to recover by then, then airBaltic will not demand the next investment from the state. If new restrictions and inconveniences are introduced on flights, airBaltic will ask for money already in winter.

At present, airBaltic operates more than 300 flights a week from Riga, Vilnius and Tallinn with 10 to 15 thousand passengers. The flights give the carrier between 1.1 and 1.5 million euros, which is enough to cover the direct costs of the flight, but the company's maintenance costs above the direct costs require another 3.5 to 4 million euros per week. Expenses are currently lower than at the beginning of the year, when airBaltic had to repay 80 million euros in ticket money for missed flights and give severance pay to 700 employees.

There is no obvious advantage for airBaltic in terms of the ratio of fixed costs to total costs, as the company is currently replacing its fleet with completely new aircrafts. On 20 September, the company announced that it had welcomed its 23rd Airbus A220-300 out of the 50 aircrafts ordered by airBaltic. This means that the company has to pay interest on a cash loan (leasing or however you wish to call it, the name of the financing scheme does not matter) for the purchase of stationary aircraft. It would make sense the other way around - that a lower proportion of fixed costs is borne by airlines that use even 30-year-old aircrafts, which could be more expensive to operate than brand new aircraft, but parking them in the corner of the airfield would be very cheap because the aircraft has already been bought back from manufacturers or financial intermediaries.

airBaltic is able to meet its obligations to aircraft suppliers with the support of the Latvian state, which in turn has been agreed with the European Commission. It quickly agreed that Latvia should borrow money, which was immediately given away for non-flying aircraft, but is still delaying in approving a 50 million euro investment for Riga Airport. The airport also needs money to maintain its ability to serve the masses in the future. Such a task cannot be accomplished with the airport's own revenues, which have decreased in proportion to the decrease in the number of passengers - it handled by 5.2 million or 72.9% in the 11 months of this year compared to the 11 months of 2019. Of which, the November indicator is -90.9%. The number of remaining passengers has been 1.95 million in 11 months of this year, including 50.2 thousand in November.

Currently, four airlines (including Finnair, Lufthansa and Ryanair) connect Riga with 25 destinations. According to various indicators, the airport's workload has been reduced by 5-10 times compared to the end of last year and even the beginning of this year. The official version sticks with the return of air transport volumes to 2019 numbers, but without a deadline, whether it will take place in 2021, 2023 or perhaps only in 2025. Round 6 of the airport expansion, the project of which must be completed by next spring, has not been officially canceled. It is clear that round 6 itself will be divided into several rounds, but the implementation of the project will be determined by the situation in the aviation sector. The airport is cooperating with the builders of Rail Baltica, currently participating in the survey of the railway station construction site.

It is equally possible to find arguments as to why the future of Riga Airport will not be a return to the numbers of 2019 and, after that, growth above the indicators recorded at that time. Without much investment, the airport could be adapted to serve a few flights a day as needed by officials and politicians to travel to EU and NATO headquarters in Brussels as instructed. The decision of the Latvian government to allocate half a million euros for the application of the airport for the needs of NATO forces, accepted this week, signals possible changes in the direction of the decrease in the total number of passengers and change of composition.