The sharp losses of the joint stock company Olainfarm in the third quarter of last year are destroying the Latvian stock market and sending a bad signal to foreign investors about the opportunities to invest in Latvian equity securities - explaining the bad results to Neatkarīgā, Salvis Lapiņš, a former member of the Board of Olainfarm and a minority shareholder of the company, pointed out.
20.01.2021. NNeatkarīgā 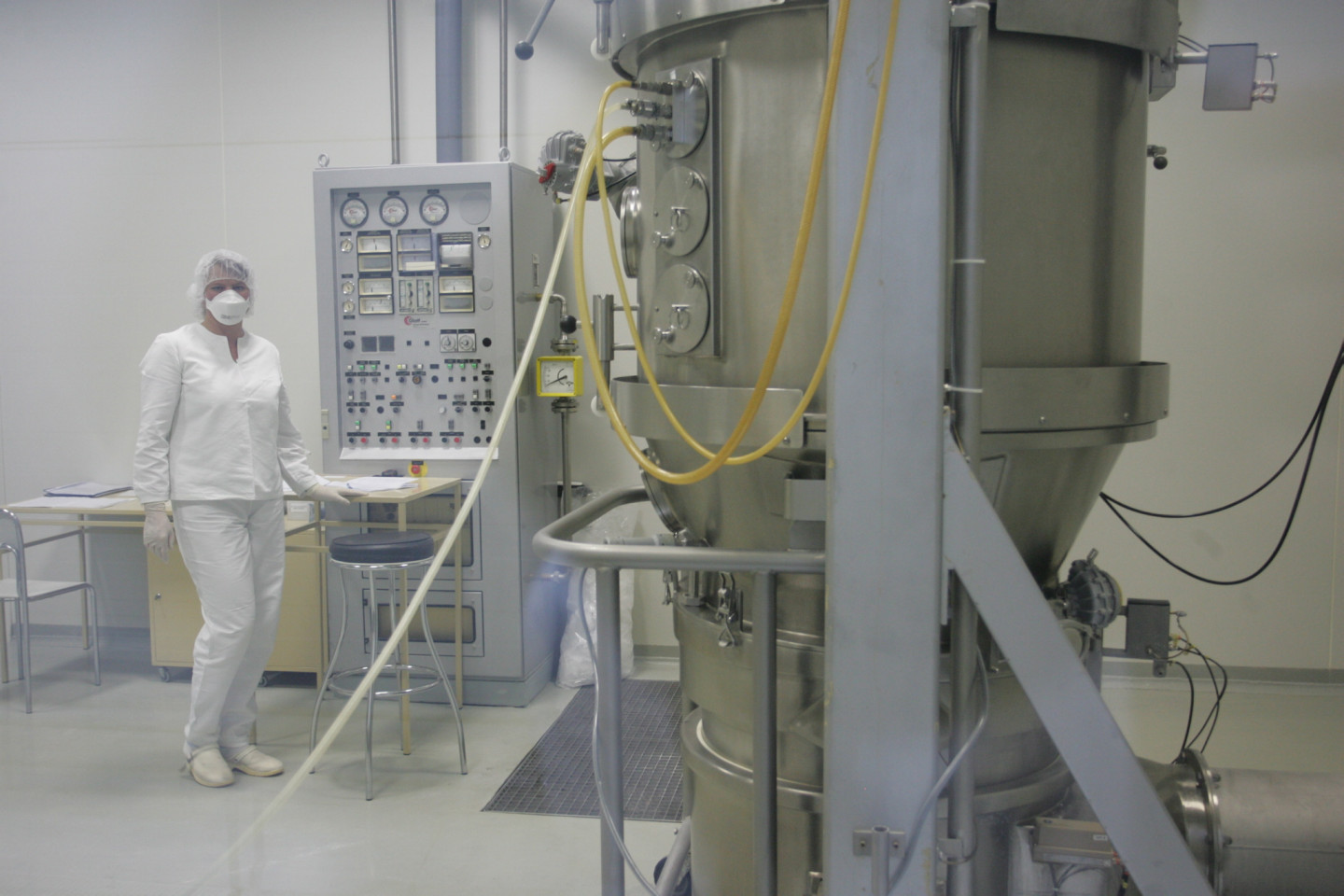 Olainfarm's results for the third quarter of last year have caused concern among minority shareholders. The losses that can be seen in the report against the background of generous administrative costs, mainly premiums, cause worry in the existing and potential investors about the company's long-term future. ©Jānis Saliņš/F64

The reports show that in the third quarter of 2020, Olainfarm were unlucky in many areas. Among other things, several explanations from the company's management blamed the depreciation of the ruble exchange rate and strict drug requirements in the Russian markets for their situation. The explanations contradict each other. First, the Russian market accounts for only 30% of Olainfarm's turnover. In addition, Olainfarm's management in the 9-month report of 2020 mention that the best sales results in 2020 were achieved in Russia, where the increase in turnover amounted to 1.8 million euros or 10% compared to the previous year.

At the same time, Olainfarm's management explains the poor results in the first quarter of 2020 by the fact that for this period Russian partners purchased products at the end of 2019, which generated an additional profit of 6 million euros in the last quarter of 2019. At the same time, news on significant deliveries of products to the Russian market in June 2020 in the amount of 8 million euros can be found.

The excuse of the fall of the Russian ruble that was mentioned in the explanations of the report might be unfounded, it can be concluded by looking at the official ruble exchange rate on the website of the Bank of Latvia. There has been a decline in value, but very moderate throughout the year. If it did not have a big impact in the first half of the year, then it is doubtful whether it could have created the huge losses in the third quarter.

The bad results of the 3rd quarter of 2020 against the background of praise for the company's executives in the Latvian media allow us to make a plausible assumption that the promising forecasts and expected profit growth were only activities to polish the image of the existing Olainfarm council and board. In fact, uneconomical decisions were hidden under beautiful headlines, which are now becoming more visible with each report publication.

For example, the management of Olainfarm publicly acknowledged that the sales revenue for 2019 included goods sent to cooperation partners, which were sold only at the beginning of 2020.

As of 1 August 2020, the Board of Olainfarm has been working in an incomplete state, but the current members of the Board have not been able to find time for Olainfarm to appoint the missing member of the Board. This is partly explained by the fact that the members of the Board of Olainfarm, Jānis Buks, Kārlis Krastiņš and Haralds Velmers, in addition to their work in the Board of Olainfarm, also have other positions in other structures. This means that there is probably not enough time to go into the company's financial performance. However, this does not prevent five members of the Board of Olainfarm from receiving remuneration of approximately 70 thousand euros per month - on average, each member of the Board is paid 14 thousand euros per month. Gundars Bērziņš, the chairman of the council, also had difficulties in managing the company. From 22 September 2020, he had to invite another deputy to help. Previously, the Chairman was assisted by J. Buks, who will now be assisted by K. Krastiņš. Two vice-chairmen are not a common occurrence. Usually, even the chairmen of the boards of very large companies have only one deputy. Two deputies could show that the chairman has difficulties in managing the company and pursuing the interests of shareholders.

Zane Kotāne, a member of the Board, tried to smooth out the unflattering situation in the management of the company at the last shareholders' meeting. She tried to convince shareholders by juggling with economic terms that, despite last year's sad performance in the third quarter, Olainfarm is on a growth path. Praiseworthy articles and media interviews with Olainfarm Chairman of the Board Jeroen Weites and Board Member Milana Beļeviča after the results of 9 months of 2020 also makes one think that the company's management might wish to divert attention from the company's waste of resources.

S. Lapiņš, expressing his opinion on the indicators of Olainfarm for the first 9 months of last year, said: “The worst part is that since I was a member of the board of this company, the level of detail in the report data has dropped drastically. In our time, after getting acquainted with the report the picture quickly became clear to anyone who followed the company - extensive information both by the countries where Olainfarm operated and by areas of activity on a quarterly basis.

Those times are over. Even individual quarterly data are no longer available. From the currently published data, it appears that the business has made a significant profit in the first months of the year. However, if we take only the third quarter, then the situation looks very bad. Why - that can't be seen in explanations or clarifications. It is by no means clear why the company suffered the largest loss in its history in the third quarter, greater than the loss during the 1998 Russian financial crisis. The stingy information, which is revealed in various sources of information, indicates a decrease of about 25% in almost all positions. We see a big systemic crisis, but we do not see why it is happening. It does not follow from the available information that the situation can be explained by the fall of the Russian ruble or the difficulties in Ukraine. The only thing we are seeing is the rapidly rising administrative costs, compounded by publicly available information about the huge bonuses for management. The picture it paints is scary.”

Speaking about whether disputes between shareholders and their heirs do not send a deterrent signal to investors, S. Lapiņš explained: “Shareholder disputes do not create a good reputation for any company. There are enough companies in the world with beautiful enough prospects. For about eight years, Olainfarm was the undisputed leader of the Latvian stock market, an example of business transparency and market prospects, practically the only company in our country that was of interest to international investors. What is currently happening to Olainfarm is also a serious blow to the reputation of the Latvian stock market.

One of the region's players in the investment markets has been organizing an investor tour of the Baltic States for many years. Gathered investors from all over the world who were interested in Baltic companies. They came to Lithuania, visited Lithuanian companies, then went to Latvia and further to Estonia. For many years, the only company they studied in Latvia was Olainfarm. As far as I know, on one of the last visits to the Baltic States, they did not even stop at Olainfarm. This is a very bad signal for Latvia as a country in which to look for opportunities to invest in equity securities.

I, too, now own very few shares compared to how much I once owned. At Olainfarm I was responsible for investor relations. In the best of times, about 30% of the capital was owned by various US investment funds and one of Sweden's largest investment funds. Over the last year and a half, I have received private messages from them: "Salvi, it was very nice to cooperate, but we can't continue like this, we have sold our shares - thank you, goodbye!" I do not have access to the shareholder register, but I assume that 70-80% of foreign investor companies have left."

Doctors of science, bankers and a lawyer

If we look at the Board of Olainfarm, it seems that the company has never before had a better one - doctors of science, reputable bankers, a lawyer, albeit with an ambiguous reputation, but still a lawyer. But their work does not go hand in hand with their good reputation.

If this continues, nothing will go wrong with the company in the short term, because it is well-capitalized. But even this challenging time is not forever. The sooner the power of the people in the company who do not own anything and who have not invested in the company ends, the better for everyone.”

Comment
Rail Baltica, the new backbone of traffic, is being built
Imants Vīksne
The EU's economic relations with China are now more important than those with the US
JPJuris Paiders
The Enterprise Register threatens investors with liquidation
Imants Vīksne
PHOTO: What the first Green Office in the financial sector in Latvia looks like
NNeatkarīgā
The euro is falling like the Soviet ruble once did
Arnis Kluinis
How hotels are managing without guests
Arnis Kluinis