How hotels are managing without guests

The closure of the Hotel Roma, managed by publicity leader Linda Mūrniece, last spring was not the most typical thing that has happened to hotels in Latvia so far.
17.02.2021. Arnis Kluinis 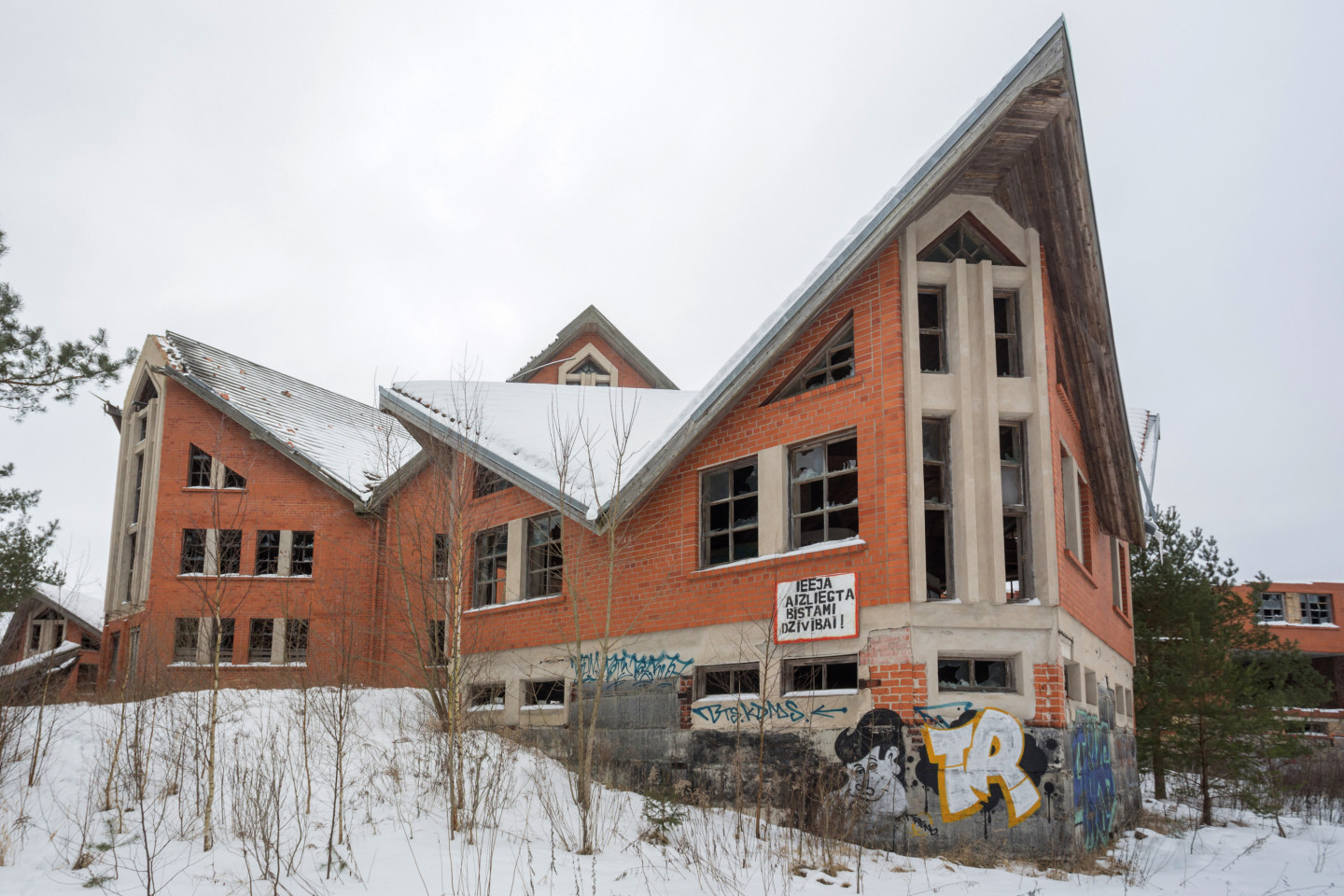 A WARNING. The frame of the building, which has remained on the side of the Riga-Jelgava highway since Soviet times, reminds that hotels are sensitive to changes in political and economic conditions: architecturally expressive and technically strong (it has been in a state of ruin for more than 30 years, shown here in a photo taken on February 4, 2021) the frame of the hotel building has proved to be unneeded and useless to anyone ©Kaspars KRAFTS, F64 Photo Agency

The question of the existence of hotels without guests is, without exaggeration, whether there are enough guests to cover the minimum expenses of hotels. Hotels which do not collect that much money have to close. Then even those who could, want and are allowed to use the hotel are left without a hotel. The Central Statistical Bureau (CSB) has published its calculations on the reduction of the total number of customers in Latvian hotels in 2020 under the heading “Half fewer guests in tourist accommodations”. In 2020, 1.46 million customers stayed in Latvian tourist accommodation establishments. Moving from the title to the text, the CSB specifies that the total number of foreign and local guests has decreased by 48.7% and they have spent 2.89 million nights in hotels (-47.6% compared to 2019).

The averages are derived from extreme differences by time periods and guest groups. In January and February 2020, the increase in the number of guests that started in previous years continued, which suddenly dropped with the declaration of a state of emergency in Latvia on March 12 and around the world at approximately the same time. Since then, the state of emergency has continued, albeit in different legal and terminological terms. What is happening here is not purely dependent on Latvia. If Latvia had dared to ignore Covid-19, it would not have kept the number of foreign guests in hotels, because foreign tourists would not have come to Latvia due to the travel restrictions already set abroad. The total 48.7% of guests is the arithmetic mean between the decrease in the number of foreign guests by 63.3% and the decrease in the number of guests living here in Latvia by 17.6%. There was no shortage of people wanting to replace forbidden trips abroad with travel around Latvia, but there are also restrictions on such travel, so local travelers did not have the opportunity to maintain the volume of local trips in 2019, with no hopes that their number could replace missing foreigners.

With the establishment of the state of emergency, the Latvian government began to plan and then gradually pay compensation to citizens and businesses to compensate for their loss of income. In the first go, downtime benefits were granted so that companies would not have to lay off workers who were practically out of work. Over time, these benefits grew with additions and allowances for children and their care, for losing the job, for partial employment, for illness, etc. The first benefit programs were implemented and are still being implemented by the State Revenue Service, and now many types of benefits are also administered by the State Social Insurance Agency. Legal entities can apply for tax deferral to the SRS, loans to the state financial institution Altum and use other options.

Over time, sectors emerged for which the standard aid package was insufficient. Without additional support, the official opinion that these industries in Latvia will continue to exist and resume real activity after the end of the emergency could not be maintained. Last autumn, tourism and, in particular, hotels were also recognized as one such sector. At that time, Hotel Roma no longer existed as a hotel, but only as the manager of its building. Visually, it is difficult to distinguish the building of such a hotel from hotels that have temporarily closed down and qualify for state aid. What L. Mūrniece told Neatkarīgā about Hotel Roma is included in this publication.

The money allocated to support actually or at least legally existing hotels was distributed by the Investment and Development Agency of Latvia. Between last autumn and the end of the year, it assessed 894 applications for assistance from legal and natural persons working in the tourism sector. 68 applicants were refused, but more than 800 applicants split 14,563,803 euros on condition that the company use it to hire non-working workers. At the end of the year, the aid was supplemented by money that could be used to maintain hotel buildings, and applications for wage compensation were reopened for companies that had previously missed it. In this round of assistance, 3,102,413 euros were distributed among 263 companies by 11 February, and 23 requests for a total of 824,626 euros are still pending. In short, 19.4 million euros have been allocated to tourism infrastructure objects.

The amount of assistance varies between 405,307 euros for the hotel Latvija and 84 euros for SIA Baltic Symphony, which has applied to the Register of Enterprises for catering services in Skulte Parish, Limbaži District. 119,786 euros have been received by a well-known company, which is not a hotel but still attracts foreigners, known as Arēna Rīga. Natural persons have received from one hundred to several hundred euros each, in all cases more than Baltic Symphony.

The total amount of assistance to the tourism sector is higher, but not as transparent, because, for example, nowhere is it stated exactly how many children are there for those people who work in the tourism sector and have received benefits for children.

Around the turn of the year, the government set aside 2,173,500 euros for hotels to provide self-isolation accommodation for Covid-19 patients and contacts, with the state covering 80% of accommodation costs, up to a maximum of 35 euros per day. By February 11, 168 people had used the service and the accommodations have requested a total of 36,877 euros from the state.

So far, there is no sign of a change in the current situation. The government remains free to either invent further assistance for hotel survival or to allow hotel capacity to fall to Soviet levels. At that time, hotels were subordinated to requests from institutions and companies to accommodate people sent on business trips. Before the implementation of the second option, Latvian residents can still manage to use hotels on their Latvian itineraries.

The hotel is no more 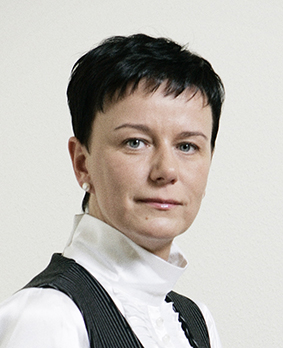 - The hotel needed state aid in April last year. At that time, the hotel could have been saved, but I did not receive help, so I closed the hotel, the staff was laid off and I did not ask for any help in the autumn. It is good that the hotel has owners who are able to pay me and the building guards. I continue to receive tax invoices from the state and Riga municipality. The hotel is for sale. Someone might buy it because the price is no longer what it would have been if the hotel was still working. This does not mean that working hotels earn anything from their work. In the center of Riga it is possible to spend the night and have breakfast for 30 euros, but such a price offer shows the desperate situation. It cannot continue for long.

There are still hotels 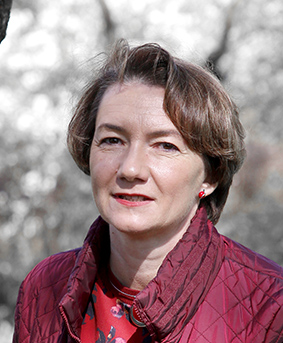 - In the countryside, only a few tourist accommodations have disappeared, but some accommodations that had closed in winter in recent years are now working. Now a real winter has finally come and people want to enjoy it. The premises are open, but their capacity has been reduced due to epidemiological requirements. We have mastered the fulfillment of these requirements - placing people only in every other room, delivering food to the rooms, etc., and guests cannot just walk in, visits must be booked. We hope that the restrictions will be relaxed by spring and that people will be able to use terraces and green meadows. Support for the industry in Latvia is higher than in Lithuania and Estonia, where there are fewer restrictions for caterers.

Comment
Rail Baltica, the new backbone of traffic, is being built
Imants Vīksne
The EU's economic relations with China are now more important than those with the US
JPJuris Paiders
The Enterprise Register threatens investors with liquidation
Imants Vīksne
PHOTO: What the first Green Office in the financial sector in Latvia looks like
NNeatkarīgā
The euro is falling like the Soviet ruble once did
Arnis Kluinis
The Saeima is drafting a law on how not to solve the immovable property tax problem
Imants Vīksne