Half of the berry harvest will remain in the fields

The abnormal heat has accelerated the berry harvest and frightened off the berry pickers, so this year more crops will be left unharvested than usual.
05.08.2021. Arnis Kluinis 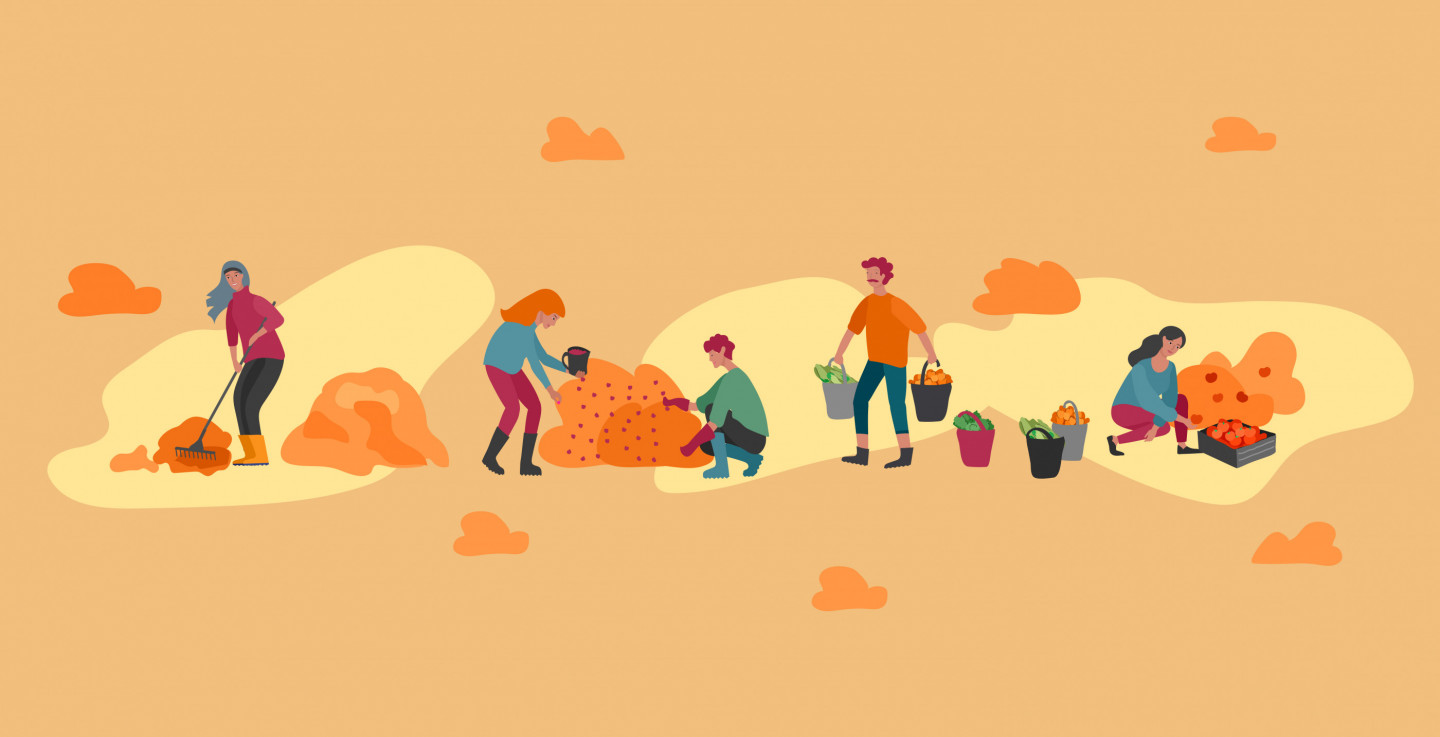 "There are about 200 tons of berries in the field, we hope to harvest over 100 tons," Māra Rudzāte, the founder of the blueberry growing company Arosa-R, told Neatkarīgā. On behalf of the industry, she speaks as the Chairman of the Board of the Latvian Fruit Growers Association.

The harvest should start this week, but there are still too many unknowns - how many and which pickers will come to work in the blueberry fields. If anything is known for sure, it is only that the 100 vacancies for blueberry pickers that the company has applied for to the State Employment Agency will not be filled.

80 people have shown interest in seasonal work in Kaigu swamp in Līvbērze parish, Jelgava municipality, for a gross salary "from 933 euros". Half of them are from Latvia and the other half from Ukraine. The salary has been announced as the average calculated by statisticians in the agricultural, forestry and fishing sectors. Foreigners must not be paid less by law. The discrepancy between the state fixed salary, at least for foreigners, and the company's willingness to pay according to the kilograms of berries collected by each employee, which would theoretically encourage employees to pick more berries and earn an unlimited amount, is solved by the employment contract of how many berries the employee has to collect in order to get at least the announced salary. 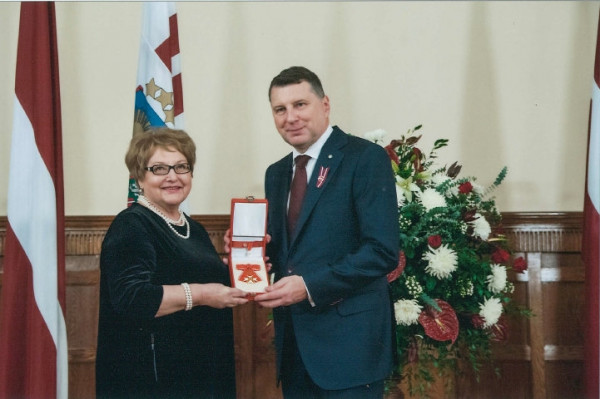 APPRECIATION. Māra Rudzāte's residence and legal address of the company are located in Ogre, therefore Ogre municipality shows off awarding her with the 3rd class Cross of Recognition in November 2017 / Publicitātes foto / Ogres pašvaldība

In the good examples, people pick more berries and earn more money, but in the worst cases, people they have hired do not even get to the blueberries or disappear from the field. This is especially true for local workers. Of the forty who previously promised to come to work, about ten are already saying that they are still thinking and might change their minds. In turn, the other forty from Ukraine can be stopped by external forces, which Poland is already becoming. It has found Covid-19 or some other excuses not to let buses pass through its territory with people who have been issued work visas in Latvia. Poles also need migrant workers! Let these people pick blueberries there, from where they will bring ready-made products to the people of Latvia, i.e. already harvested blueberries. The Latvian Ministry of Foreign Affairs confirmed to Neatkarīgā that Poland has indeed imposed restrictions on foreigners crossing the external border of the EU and the Schengen Area, and Latvia's opportunities are limited to informing the Latvian Fruit Growers Association about this situation. Arosa-R will therefore bring employees to Latvia by plane, which costs three times more than a bus trip. Arrivals at the airport will be awaited by a paid service - the Covid-19 test four hours after the migrant workers have shown a negative test result to get on the plane.

The public discussion between M. Rudzāte and the Ministry of Agriculture, which took place last year, is recorded in the archives of the agency LETA. "Migrant workers are the core that can replace the necessary workers and guarantee the harvest. European Union countries are already inviting and have already attracted migrant workers to work in the countryside. If due to the lack of workers, the crops in Latvia will not be harvested, already at the end of the summer we will demand that the government no longer bring migrant workers, but cover losses for unharvested crops and lost profits,” M. Rudzāte explained last year on behalf of the Latvian Association of Agricultural Cooperatives. It is impossible to frighten officials with such rhetoric, and the state did not even intend to pay any losses for the unharvested crop, although the total support for agriculture in Latvia is as significant as in the European Union. The Rural Support Service distributes around 600 million euros a year to the industry. Without such support, there would be no fruit and berry plantations in Latvia big enough that the owners of the plantations would need guest workers.

The Latvian authorities claim that there are no obstacles to bringing migrant workers into Latvia. For example, there are no quotas for the employment of foreigners, either in general or in individual sectors or companies. On July 1 of this year, 10,908 work permits for foreigners from outside the EU were valid in Latvia. Why do almost four thousand of them work as drivers, but the total number of 148 people employed in fruit and livestock farming is almost the same as 143 professional athletes? Officially, everything is determined solely by the interest of entrepreneurs in attracting foreigners, because the requirements for everyone are the same.

However, the planning documents also contain instructions for attracting a highly qualified workforce, with which, on average, the 67,307 unemployed registered on July 1 cannot compete. Even if the level of Latvian football is lower than the grass clipped on football fields, in order to maintain this level, people must be brought not only from Ukraine and Belarus, but also from the Balkans, Africa or South America. In the case of football, the impossibility of retraining at least a dozen unemployed people as Latvian-level footballers is determined by people's physical abilities.

At least at first glance, it seems that most of the unemployed have the physical ability to go and pick strawberries, and afterwards blueberries, raspberries, chokeberries, quinces, and so on, up to cranberries in late autumn. However, they either do not take these jobs or take them only if they have disappeared from the eyes of State Revenue Service and similar institutions.

With the noble goal of providing work for the less able locals, the state has introduced obstacles to the employment of foreigners like the payment of 70 euros for hiring an employee and 50 euros - for obtaining a work visa, which M. Rudzāte complains about. She brings people for whom such fees are big money and an inevitable reason to bargain for the division of costs between employers and employees. This year has also included the cost of Covid testing and tripling the cost of travel, since plane tickets have to be bought instead of a bus trip. Multiplying these costs by at least 40 imported workers also makes them sizable for Arosa-R. The company has borrowed money to start picking berries at all. The investment should be recouped with at least 100 tons of blueberries, if they are both harvested and sold in competition with berries from Poland and other countries. Buyers of local berries need to understand that with their purchase they will at least partially pay for the part of the crop that cannot be bought because it has not been harvested at all.