Do people prefer pension savings over a salary increase?

Latvian employees highly value various employer bonuses - health insurance, additional days off, but if they had to choose between larger savings for old age and a salary increase, employees in Latvia would prefer pension savings.
28.07.2021. Inga Paparde 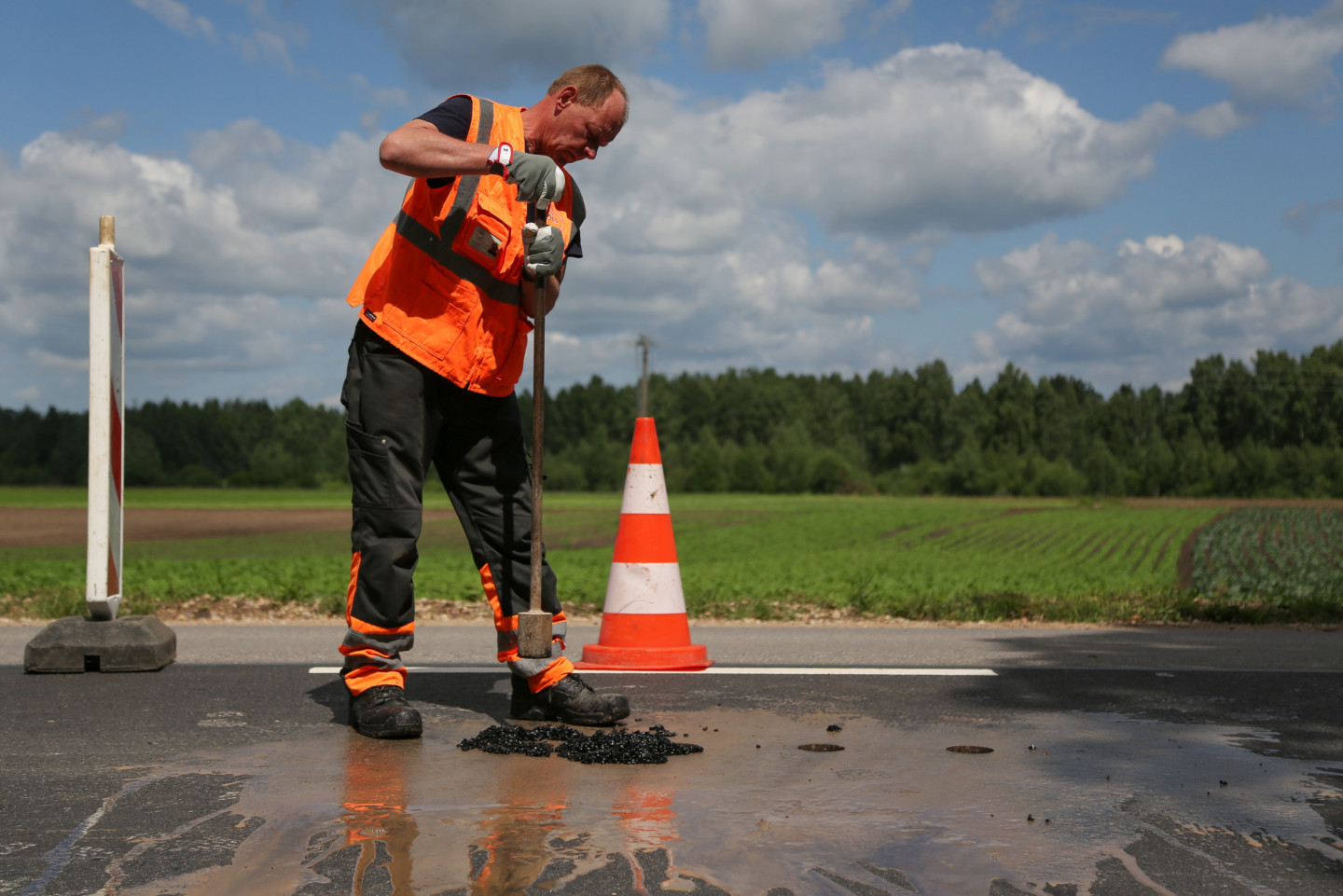 SALARIES OR PENSIONS. Survey data show that half of the employees would like their employer to make contributions to pension funds instead of a small salary supplement ©Lauris Aizupietis/F64

Employees in all three Baltic countries think similarly, and it is interesting that Latvia has the largest share of employees that supports the employer's contributions to the private pension fund, according to a survey conducted by Luminor Bank.

Many employers provide various bonuses to their employees, including social support. In addition to pay for work, which is the biggest motivation to work for the majority of the population, workers in Latvia are also motivated by long-term employer bonuses - health insurance, additional days off, contributions to the private pension fund, and these bonuses motivate employees more than short-term benefits, like a company car or work phone. Latvians would also prefer contributions to private pension funds to a relatively small salary increase.

When asked to assess additional motivating factors for work on a five-point scale, excluding salary, employees in Latvia considered health insurance to be the most important (4.3 points), followed by additional paid leave days (four points), the survey concluded. In general, employees in all Baltic countries named the employer's contributions to old-age pension funds as an equally important bonus. Latvians are the ones who value support for old-age the most, giving it 3.9 points. Short-term benefits - a company car, work phone or similar motivational means that can be provided or offered by the employer are also important, and they have been the most important for Lithuanian workers.

"The growing interest in long-term bonuses from employers is a positive sign that people are increasingly thinking about their future well-being, and not just about short-term income and benefits,"

said Anželika Dobrovoļska, Luminor's Head of Pension Products. "Employers have the opportunity to provide and motivate their employees with contributions to a private pension fund that goes beyond the current well-being of employees. This observation is also evidenced by our observations - an increase in the number of companies that have started offering contributions to the third pillar of pensions as part of their 'benefit' basket for employees." 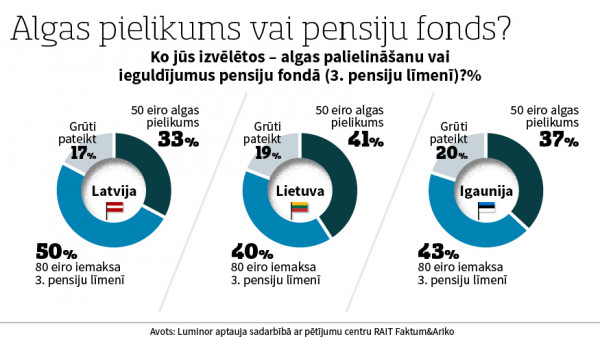 SALARY SUPPLEMENT OR PENSION FUND? Which would you choose - a 50 euro salary increase or an 80 euro investment in the pension fund (third pillar of pensions)?

Employees were asked in the survey whether they would prefer to receive a 50 euro salary supplement or an 80 euro contribution to the third level of pension. The results differ slightly in all three Baltic States, but it is interesting that contributions to private pension funds are more supported by Latvian workers, although the data show that Latvia has the lowest average salary in the Baltics.

Half or 50 percent of respondents in Latvia would prefer the employer's contributions to the pension fund, but a third or 33 percent would like to receive a salary supplement. Quite a number of respondents - almost a fifth - could not answer this question. Compared to other Baltic countries, the respondents in Latvia would most actively choose to invest in old age. For example, in Estonia, 43 percent of employees would prefer to receive 80 euros on contributions to the third pillar of the pension rather than a salary increase. In Lithuania, workers support both options, with 41 percent preferring a salary supplement and 40 percent a contribution to the third pillar.

Employers' contributions to private pension funds in Latvia would most often be chosen by respondents with upper middle income, as well as managers of different levels or employees aged 50 to 59. On the other hand, self-employed persons or part-time private-sector employees would like to receive a salary supplement.