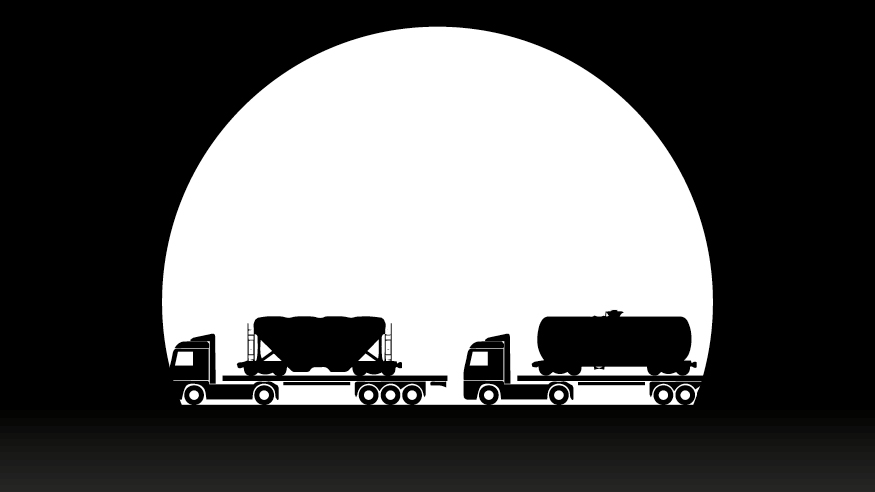 One of the side effects of the increase in the volume of road freight transport is that it seems as if “Latvians no longer know how to drive cars”. This was concluded from the data provided by the Office of Citizenship and Migration Affairs that out of 10,908 work permits for foreigners valid on July 1 this year, 3,708 permits were issued to truck drivers and another 606 to tow truck drivers. All the best for Latvian entrepreneurs who know how to hire Uzbek drivers for cargo transportation between France and Germany. Without their 4.8 million tons and their increase in volume, the results of the transport sector would look much worse. There is no answer to the question of whether the owners of companies registered in Latvia are from Latvia or not. For statisticians, the fact that transport companies are registered in Latvia is enough to record and announce the country's economic success.

The number of drivers hired abroad is higher than the number of people who are fired by LDz because the company no longer has a job for them - that is, no cargo to be transported. Last year, the total number of LDz employees was reduced by 1.6 thousand people, but this year's task is to lay off 900 people.

The news of the increase in road freight transport sounds encouraging to local eyes and ears, but one should be careful not to boast of such success in Brussels, where the green course very often includes the slogan of ending such transport altogether. This means returning all cargo to the railway. Latvia can promise that this will happen with the completion of Rail Baltica. The volume of road transport shows that the volume of freight transported during the year in the directions that Rail Baltica could cover can indeed be expressed in millions of tons.

For the continued existence of LDz, it is important to show that in the first half of this year, domestic transportation increased by 13.6% to 725.6 thousand (or 0.72 million) tons of cargo. Such shipments cannot pay off, but they can justify state subsidies to LDz, as they correspond to the green course. At the same time, the increase of transit cargo transportation by 51.6% (!) to 2.2 million tons should be emphasized.

Transit cargo is defined by LDz as cargo that is not sent to or from Latvian ports. In other words, they are not cargo in relation to Russia or other countries, starting with Belarus, which Russia has included in its sphere of influence. Latvia is successfully getting rid of such cargoes.

A total of 20.5 million tons of cargo was handled in the ports, which were transported to or from the ports by rail, car or by oil pipeline to Ventspils.

In the cargo nomenclature, the disappearance of coal is noticeable, as the amount of decrease turned out to be 91.2%. The situation is saved by the increase in exports of wood products and imports of construction materials through ports.