OIK is being replaced by raising food prices 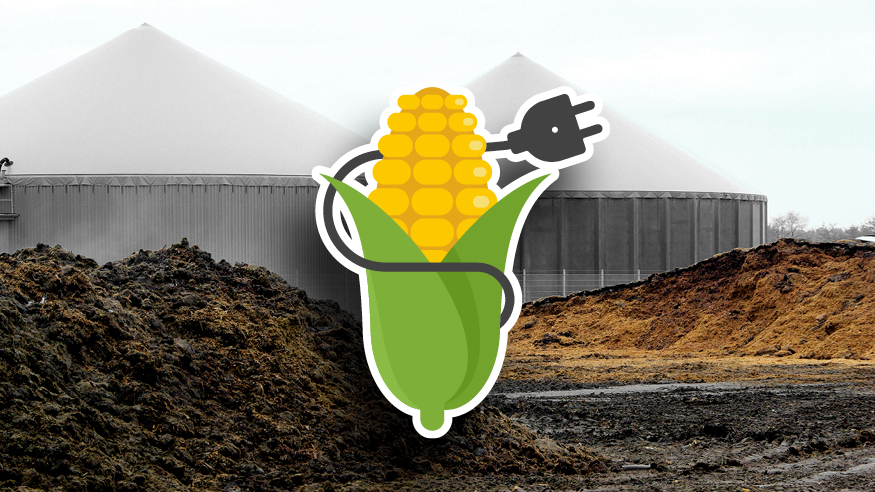 BIOGAS and the electricity generated by its combustion require the highest consumption of fossil energy resources to be obtained from maize specially grown for decomposition ©Depositphotos.com

Methane from the underground is natural gas, but methane from decomposition is biogas. The amount of decomposing items in the world is indeed increasing in line with the increase in the number of people and average well-being, but it does not make it possible to extract more and more methane. In fact, the opposite is true. Extraction of energy from decomposing items itself requires so much energy that the amount of energy ultimately obtained is less than the amount of energy expended to produce that energy. The energy shortage is covered by fossil energy resources and paid by state subsidies, which in the case of Latvia have been extended outside the state budget with a scheme named OIK.

In Latvian conditions, biogas requires the highest consumption of fossil energy resources for its production from corn specially grown for decomposition. More energy with less damage to nature could be obtained by burning the same amount of petrol or diesel at once in one large kiln, rather than in the many engines that run the plowing, sowing, cultivating, harvesting, decomposing machinery. On the other hand, the additional exploitation of natural resources increases employment and gross domestic product, ensures the circulation of money and places it in the right pockets.

The highest energy losses for biogas production are evidenced by the highest OIK costs for each energy unit. Here is the ratio between the amount of electricity purchased by the state and the ratio of the money paid for this electricity above the market price for different types of electricity generation in 2020 and the first six months of 2021:

The table shows not only the high cost of producing biogas, but also that the root of this evil is indeed being eradicated, as the amount of energy from biogas in the first half of this year is much less than half of last year's energy (37.5%) and OIK is even less (32.5%). Unfortunately, the reduction in OIK is a harbinger of rising prices for electricity, food and other goods, which will cost consumers much more than OIK in general.

Neatkarīgā recently already explained how the abolition of the OIK used to compensate for the additional costs of biogas production has led to a doubling of tariffs at the country's largest waste - including decomposing items - treatment plant Getliņi EKO and similarly throughout the country. The example of waste is just a warmup and a test run before raising food prices to replace the income the most successful farmers and agriculture in general so far received for growing corn for decomposing.

Corn decomposing was a pilot project, a test run to extract biogas from all agricultural, food and municipal waste, as corn is more convenient and provides more energy. Andis Kārkliņš, Chairman of the Board of the Latvian Biogas Association, explains that one cubic meter of corn gives 500 cubic meters of biogas, while one cubic meter of manure gives 20-30 cubic meters of biogas. The advantage of manure is that it is not collected from the fields, but from barns. However, food industry waste would have to be transported over significantly larger road sections to the biogas site than from the surrounding fields. There are other problems related to the collection of municipal waste, which are partly mentioned in the article about Getliņi.

There is no answer to the question of whether to install biogas plants in food processing plants, where they do not already exist, or to organize the transport of waste to existing biogas plants, which would include the need for major repairs. It should be recalled that their construction boom was between 2010 and 2013, but their equipment is designed for 50-60 thousand hours or eight years of operation. It must be determined by the country, which is currently unable to do so. The ruling coalition parties think only about how to justify the non-fulfillment of the promise of complete abolition of the OIK to the 13th Saeima voters by reducing the total amount of the OIK. In that case, the Ministry of Economics has to compete with the Ministry of Environmental Protection and Regional Development (MEPRD) for which of them will prepare better justification speeches for its current leaders - Jānis Vitenbergs from the National Alliance (Nacionālā apvienība) and Artūrs Toms Plešs from Development/For! (Attīstībai/Par!). According to the official division of competencies, these ministries are obliged to plan energy and waste management policies, respectively, but in reality, it will only be possible to do so maybe after the formation of the first government of the 14th Saeima. In the same mess, all coalition partners, led by Prime Minister Krišjānis Kariņš, are trying to escape accusations of not abolishing the OIK.

In the pre-election fight, no one will undertake to talk about the fact that the state will have to subsidize the production of biogas, regardless of whether the subsidies are called OIK or otherwise. This must happen for as long as the European Union exists with regulations on global warming determined by greenhouse gases (GHG). 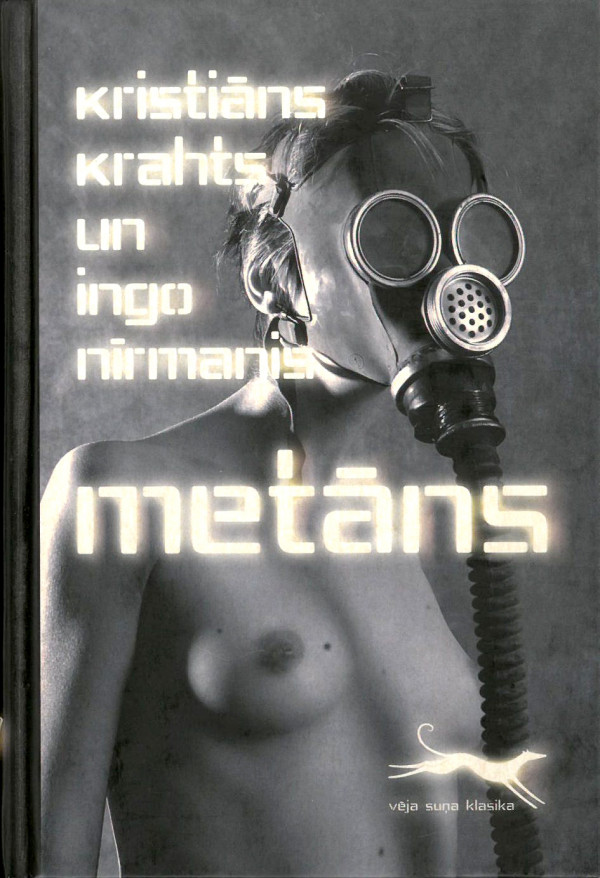 ONCE UPON A TIME WE DIDN'T UNDERSTAND the warnings from the book "Methane" published in Germany in 2007 and in Latvia in the same year. The fact that "cattle let out a large amount of methane gas every day" (p. 19 in the Latvian edition) seemed like idle nonsense by the Western Europeans, which has a greenhouse effect of "23 times the carbon dioxide (CO2)" and that "the greenhouse effect of all the world's cattle, 1.3 billion in total, are the same as all transport" (33); and how it can be inferred from this that "the consumption of meat and milk is in principle reprehensible" (63), with the exception that "people cannot be denied their legitimate right to eat each other" (65).

The largest amount of GHG is made up of carbon dioxide, but methane outperforms carbon dioxide in increasing warming. Therefore, methane must be extracted from plant and animal remains and burned - converted to carbon dioxide. First, CO2 (carbon dioxide) is contributing less to warming than CH4 (methane). Second, plants are able to capture CO2 in the atmosphere, but not CH4. The energy obtained from burning methane only makes the fight against global warming easier, i.e., cheaper, but the fight must take place regardless of its cost because the European Central Bank is committed to printing as much money as the "green deal" will require. It aims to achieve net-zero GHG emissions by 2050, a balance between emissions and capture.

According to the report “On Fulfillment of Greenhouse Gas Emission Reduction and Carbon Dioxide Capture Obligations” prepared by the MEPRD in 2019, agriculture with 25% of the total global warming emissions is third after energy (30%) and transport (29%). This shows that the change, i.e., the increase in food prices, will have to be practically similar to the increase in transport prices by switching to electric cars that are powered by electricity with a virtually infinite potential for price increases. However, so far there has been incomparably less talk of reducing emissions in agriculture than in reducing emissions from transport.

People still live in blissful ignorance, which does not include the fact that agriculture is a source of GHGs, even when the exhaust gases of cars and tractors powered by internal combustion engines are deducted. No, the source of GHGs is not only this machinery but agriculture as such. GHGs are released from both animal stomachs and soil if it still contains humus (if it has not turned into sand). Therefore, agriculture will have to comply with the requirement to include GHG emission reductions in the cost of food and to purchase GHG allowances for emissions that cannot be reduced. Both GHG reduction measures and the purchase of allowances will require them to get additional money mainly at the expense of increasing food prices, albeit somewhat curbing this increase with OIK-like government subsidies.