The depreciation of the Russian ruble against the US dollar remains the most arithmetically visible indicator of the cost to Russia of the attack on Ukraine from the point of view of the Russian people.
08.03.2022. Arnis Kluinis 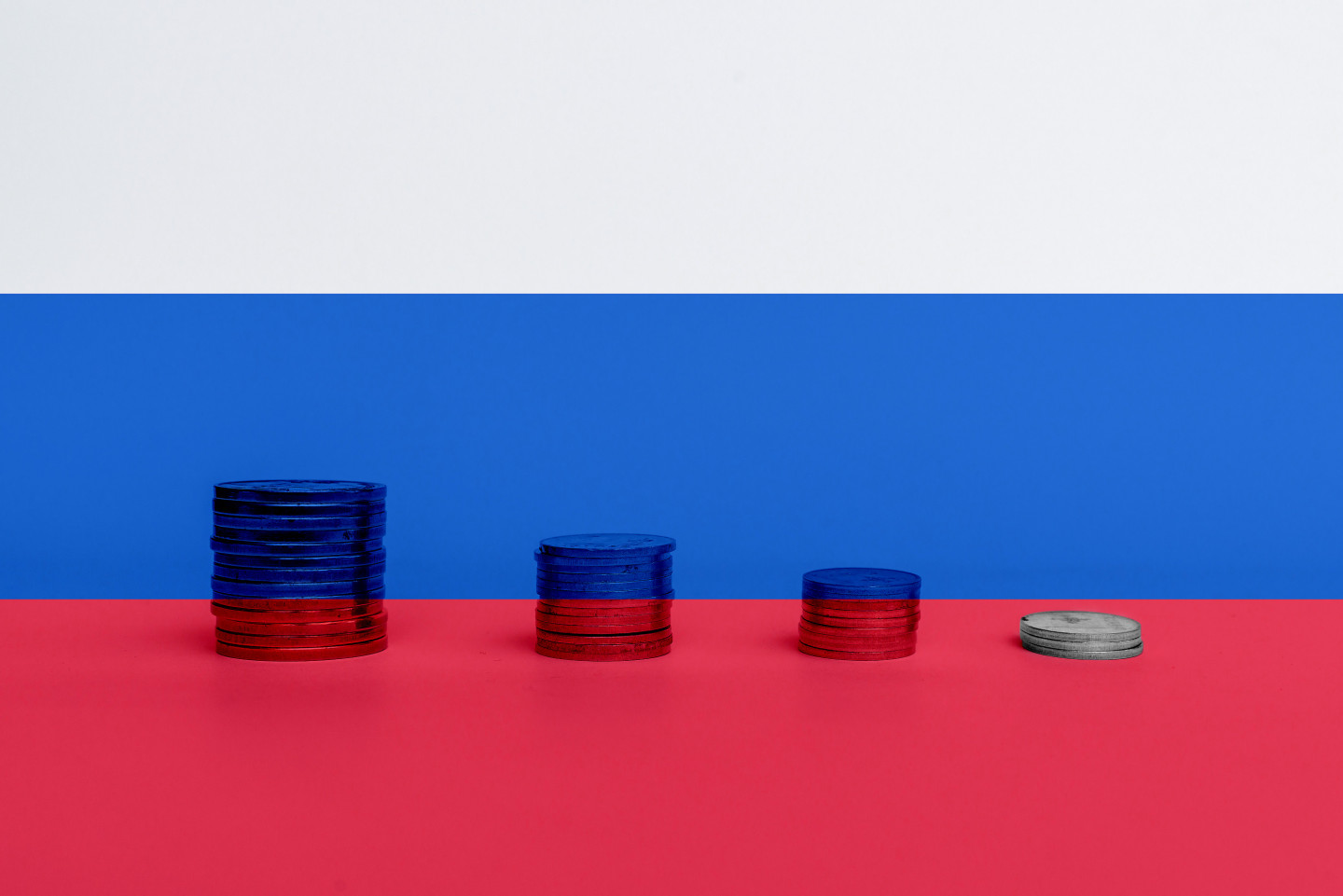 Neatkarīgā's March 2 publication "War tax on Russian citizens makes up 20% of their money" included copies of electronic documents showing the exchange rates between the ruble and the dollar in the first days of March. The Central Bank of Russia had set the exchange rate at 93.55 rubles to the dollar on March 1, and on March 2 the ruble was to be set at 91.74 rubles to the dollar. It was, however, recognized that the CBR was unable to maintain this rate by currency intervention, i.e., by buying rubles and selling currency to all those who were prepared to give more rubles per dollar than the central bank had set. On the Forex internet currency trading platform, dollar sellers and buyers had agreed to transact at 100,40 rubles per dollar. The value of the ruble against the dollar had at that time fallen by over ten rubles since the Russian attack on Ukraine. After a week of fighting, in which Russia advanced less than a pedestrian could have walked in such a time, the ruble had slipped by almost 15 rubles according to the CBR accounts and by 48 rubles according to the actual trading results. Those who are unable to connect to online currency trading have to go to exchange offices in and outside banks, where a dollar costs 150 rubles or more. 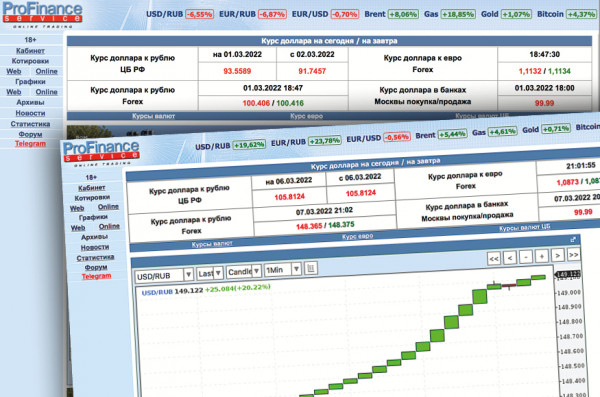 The CBR tried to compensate for its inability to maintain the ruble through interventions with a new tax or levy, which was not a war tax only in the figurative sense of the term. Namely, the CBR charged 30% of the amount of each transaction for the state. Thus, a dollar for 100 rubles cost the buyer 130 rubles, and so on. The point of the levy was to reduce currency purchases as much as possible, preferably to zero. If there were no transactions at all, the ruble would not fall. The 30% was directed against private individuals buying dollars. Legal entities were initially not burdened, because it was clear that companies needed currency to continue production for the domestic market and for export. Within a few days, the conditions were changed to an equal rate of 12% for individuals and legal persons.

More important than the passions surrounding the physical and electronic currency outlets is the increase in the cost of all goods that require the US dollar or any other convertible currency to be produced (delivered, stored, traded). If anyone did not believe this before, they must now also agree that there are no goods in Russia that do not require any currency expenditure at all. Accordingly, the prices of all goods are going up by at least a few percent per day.

The war censorship introduced in Russia does not yet affect the currency trading brokers who advertise themselves with reports published on the Internet on the currency and securities markets and the economy as a whole. All last week, and exactly the same yesterday (Monday), they were posting inflation scare stories on the Internet:

one referred to a woman who reported that the price of identical chicken drumsticks had risen by 70% in a few days, another told the story of himself that he wanted to invest rubles in a new car but had not done so because the car he had in mind had already turned out to be a million rubles more expensive in the car dealership than the dealership in question had shown on its price page on the website.

The inflation scare stories are not anti-war propaganda, but brokers trying to survive by telling people to give them, i.e. the brokers, all their spare money to buy securities. It is not possible to buy securities at all for the time being, however, because the CBR suspended the Moscow and also the St Petersburg stock exchanges practically simultaneously with its currency interventions. That is to say, the exchange rates of Russian securities went down at exactly the same rate as the exchange rate of the ruble against the currency. Trading was suspended, first for one day, then for two days, and so on. At least until tomorrow, when Russia will celebrate the March 8 holiday, which is particularly important in times of war.

Why should people buy shares that will surely continue to fall in price if the stock exchange opens at all before the cessation of the war in Ukraine? There is a line of thought, which is dear to stock market speculators but difficult for others to grasp, that falling share prices are just as good as rising share prices, because falling prices create cheap shares that can be bought in large quantities and make a great profit when share prices rise.

The stock market speculators justify the rise in Russian share prices on the grounds that the war will finally force the CBR to do what the European Central Bank, the US Federal Reserve and other central banks are doing. So it will force them to print rubles in unlimited quantities, which - yes - will increase inflation and drive the exchange rate of the ruble below 200, even below 500 rubles to the dollar, but it will also drive up share prices and make not just a millionaire but a billionaire out of anyone who now invests anything in the shares of Russian companies.

Outside the eyes of stock market speculators is the question of what will happen to the shares of companies that will be wiped out by sanctions against Russia because they will not be able - and are already unable - to produce anything because of the loss of foreign raw materials, machine tools and spare parts, or export markets.

MP Jānis Urbanovičs: I'm not trying to scare anyone, I'm very scared of it myself
Jānis Lasmanis
The last pre-war growth in the Latvian economy
Arnis Kluinis
Latvia attracts ships as a peaceful port
Arnis Kluinis
The biggest price increase in a year since we introduced the lats. Fuel and vegetable oil prices up by a third, potatoes by more than half
Ilze Šteinfelde
Kalvītis was too hasty moving to rubles
Imants Vīksne
Oil prices are not yet at record levels, but fuel prices in Latvia already are
Ilze Šteinfelde