Oil prices are not yet at record levels, but fuel prices in Latvia already are

In response to the oil price hike and the very rapid increase in demand, the price of fuel in Latvia has approached two euros per liter, and some even believe that it will cost 3-4 euros per liter in the summer. The rise in fuel prices will also increase consumer prices, which will hit people and businesses hard. One way the state could mitigate this is by reducing the tax rates on fuel. However, the majority of the Saeima is not even considering a possible reduction in excise duties on fuel.
11.03.2022. Ilze Šteinfelde 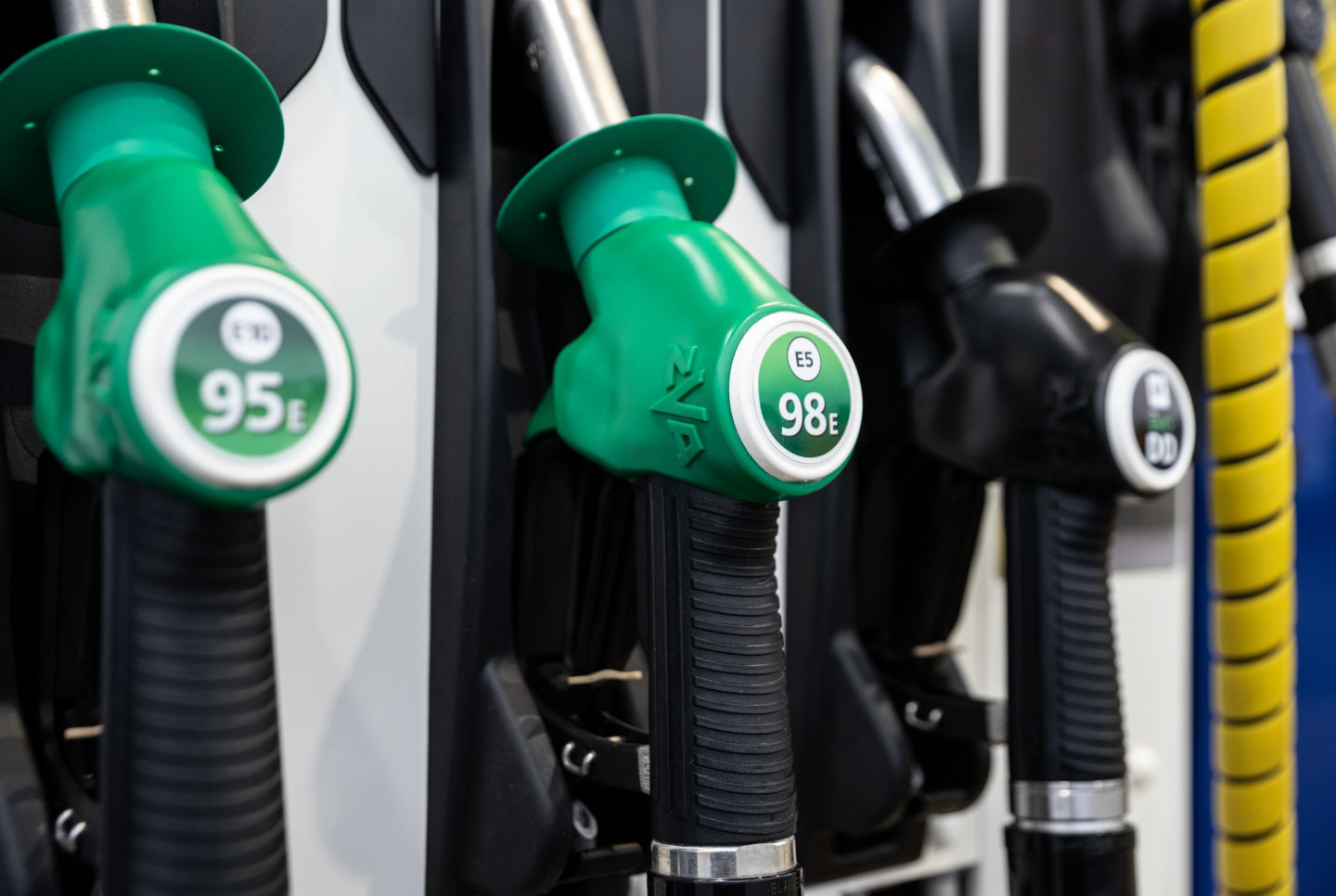 Observations by Neatkarīgā also show that fuel is becoming more expensive almost every day, and on some days the price of fuel rises even by the hour. For example, at the Circle K petrol station in Sarkandaugava on Tuesday morning, fuel cost 1.854 euros, but a few hours later it was 1.934 euros/liter. Yesterday, the price had already climbed to 1.954 euros/l.

Will the dramatic predictions of fuel price rises come true?

The United Arab Emirates said on Wednesday it would urge other OPEC members to raise oil output, while the United States is making progress in talks with Venezuela on possible oil supplies, LETA reported. This raises hopes that the oil price could fall. But will the price of fuel in Latvia fall and by how much?

However, the change in the oil price has only a partial impact on the price of petrol, as taxes and duties are applied to petrol alongside the retail price (in 2008 the excise duty on petrol was 21.7 santims/l (30.88 cents/l), this year - 50.9 cents/l), as well as a sales surcharge.

Despite the extremely sharp rise in fuel prices, demand is so high that even fuel traders who have been operating in Latvia for decades were surprised.

Ojārs Karčevskis, Chairman of the Board of the Latvian Fuel Traders Association, admitted that in recent days the demand for fuel has increased, which fuel traders had not counted on. "The buzz has created additional demand that was not expected in March. We cannot reorganize and cover all the needs that have unexpectedly increased so quickly," he told TV3's "900 Sekundes" program, adding that there would be enough fuel in Latvia, even though there are some difficulties at the moment.

Does the majority of the Saeima want to keep the excise duty on fuel as it is?

The public initiative platform Manabalss.lv has collected the necessary 10,000 signatures in 17 days for an initiative to reduce the excise duty on fuel.

The author of the initiative, Jānis Taube, points out that, as in Poland for example, reducing excise duty on fuel would be a way to compensate the end consumer for the sharp increase in fuel prices. He is convinced that fuel is not a luxury good.

Ojārs Karčevskis also believes that the increase in fuel prices in Latvia can be limited by reducing the excise duty and moving away from biocomponents. In an interview with "900 Sekundes", he said that biofuel is produced from plant products such as wheat, maize and rapeseed, and that Ukraine is an important producer of these crops, which are unlikely to be harvested this year because of the hostilities. "So we would gain significantly in price and reduce the risk of having to buy these products. We could use pure oil products," said Karčevskis.

Members of the Union of Greens and Farmers (Zaļo un Zemnieku Savienība, ZZS) Saeima faction, together with other opposition MPs, proposed to reduce excise duties on fuel in response to soaring oil prices on world markets. The opposition MPs had submitted to the Saeima an amendment to the Law on Excise Duties which would reduce excise duty by 0.15 euro per liter, provided that Brent Crude oil prices on the stock exchange exceed 100 US dollars per barrel. This would result in a 0.18 euro per liter reduction in the retail price, ZZS had calculated.

ZZS Co-Chairman Tavars stressed that Russia's aggression in Ukraine had triggered an unprecedented wave of international sanctions, which had led to a sharp jump in oil prices on world markets and, consequently, to unprecedented levels in retail fuel prices.

"We need to act quickly to ensure that fuel price rises do not erode people's purchasing power and do not significantly increase business costs, which will lead to higher inflation. The proposed solution is also optimal from the point of view of the state budget, as the impact on total tax revenues is expected to be small," Tavars explained.

If adopted, the direct projected impact on excise duty revenues would be minus 179.88 million euros, but the opposition predicts that this would be offset by value-added tax revenues, which could be 180 million euros higher in 2022 than previously projected due to rising oil prices. In addition to these amendments to the excise duty law, the ZZS also pushed for changes to allow diesel to be sold without added biofuels until April 1, 2023. This proposal was made in order to reduce the retail price of diesel, which will be affected by the addition of biofuels, by 0.10 euros to 0.12 euros per liter. Such a change is important for business, especially agriculture.

However, the majority of the Saeima yesterday rejected a proposal to include possible amendments to two laws on the agenda of the current sitting that would have made this possible. Non-party MP Vjačeslavs Dombrovskis pointed out that not all Latvian citizens have transport compensation. As is well known, Members of the Saeima do have them, and they are not small.

Meanwhile, MP Krišjānis Feldmans admitted that he had expected such a reaction from the opposition, namely submitting a "populist bill". Feldmans explained that in the short term, prices should be expected to rise until they stabilize and the market clears. "The Ukrainians are fighting for us too, and freedom costs money", he stressed.

MP Jānis Urbanovičs: I'm not trying to scare anyone, I'm very scared of it myself
Jānis Lasmanis
The last pre-war growth in the Latvian economy
Arnis Kluinis
Latvia attracts ships as a peaceful port
Arnis Kluinis
The biggest price increase in a year since we introduced the lats. Fuel and vegetable oil prices up by a third, potatoes by more than half
Ilze Šteinfelde
Kalvītis was too hasty moving to rubles
Imants Vīksne
Russia's war tax doubles in a week
Arnis Kluinis