Kalvītis was too hasty moving to rubles

Latvijas gāze has told its loyal customers and partners that it is analyzing the possibility of switching to payments in Russian rubles, as mandated by the Russian Federation from April 1. Meanwhile, European governments continue to look for solutions to move away from burning Russian gas as soon as possible, and Latvia is doing the same – there are currently negotiations in the US about supplying LNG to Latvia and, as a long-term solution, the development of small modular nuclear reactors.
06.04.2022. Imants Vīksne 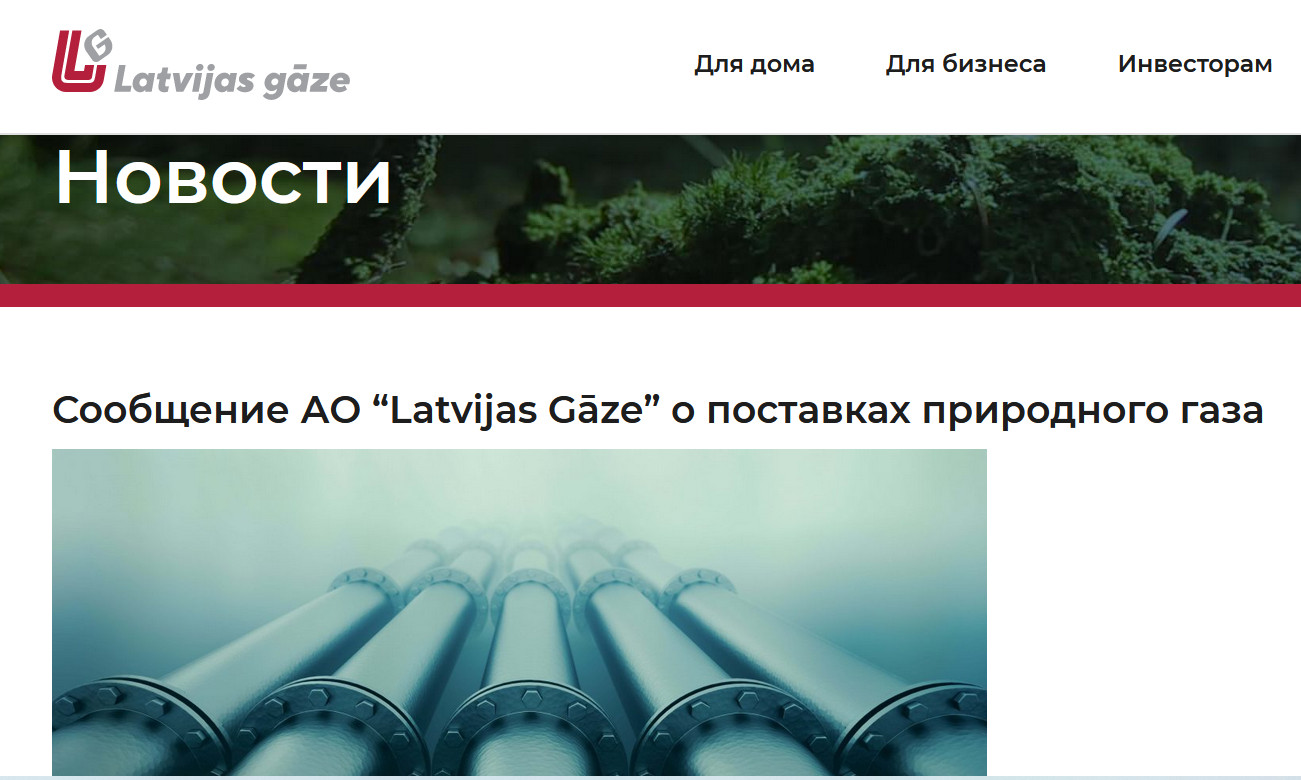 Since April 1, Russian gas has not been pumped to Latvia. Officially, because the price offered is too high. Aigars Kalvītis, Chairman of the Board of Directors of Latvijas gāze, explains: "The decision not to pump gas through pipelines in April was taken in view of the historically highest natural gas price in April, which would have led to a disproportionately high selling price of natural gas to our customers and would have made such offers uncompetitive." In practice, however, the main problem is the Russian demand for ruble payments.

This is not a solution

In a communication to customers and business partners, the company is optimistic that rubles could be a solution:

"Having assessed the compliance of this change of payment with the previously established sanctions regime, it is the prima facie conclusion that such a payment arrangement - in Russian rubles - does not formally violate the sanctions regime and is feasible. Latvijas gāze is currently continuing to analyze in more depth the proposed change of the payment method, both from a legal point of view and from the point of view of the group's business interests." It is important to stress here that the business interests of this group seem to coincide somewhere with the strategic interests of the Russian Federation - to make money in order to murder people in Ukraine and to extract maximum benefit from European countries while they can still be blackmailed. The Lursoft company database on Latvijas gāze says that it is not possible to find out the true beneficiary of the legal entity, but the biggest shareholder of Latvijas gāze with 34% is the company GAZPROM Rossijskoje akcioņernoje občestvo otkritovo tipa. Together with Itera Latvija, owned by former KGB employee Juris Savickis, Gazprom has a majority and the Kremlin's stamp on the whole product. This says everything you need to know about the interests of Latvijas gāze, which are lobbied by former Prime Minister Aigars Kalvītis.

It will anyway be expensive for everyone 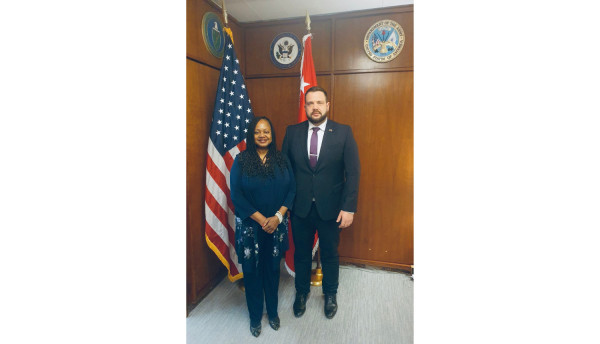 Minister of the Economy Jānis Vitenbergs and US Under Secretary of State Bonnie Jenkins discuss the role advanced nuclear technologies can play in Latvia's future energy mix. / Ekonomikas ministrija

On Europe's dependence on Russian gas and its possible liberation from it, countries are divided. Those that have access to alternative energy sources call for a complete embargo on Russian gas, those that are dependent on Russian gas are evasive. They look at the corpses of the civilians murdered in Ukraine, in Bucha, and are horrified, but there is a delay in immediately disconnecting from Russian supplies, and this also applies to any other transport of raw materials and goods in both directions. Thus, the European economy is still feeding the war in Ukraine in a way. As an alternative to imposing a gas embargo, the European Commission is considering imposing additional customs tariffs on Russia to make it even more expensive, thus encouraging countries to move away from specifically Russian gas. But whatever solution is adopted, it will be expensive all the same, and for every consumer. Mountains of corpses hinder mutually beneficial business cooperation with Russia, while other solutions are problematic because of the lack of infrastructure. Latvia was once building a large coal-fired power plant that it did not finish. It was building and did not finish an LNG terminal in Kurzeme, and it did not finish one in Riga. It was building and did not finish a joint nuclear power plant in the Baltic States.

It is good that at least the Inčukalns gas storage facility belongs to the Latvian State and now provides both the gas needed by households and the time for reflection needed by the government.

This week, Economy Minister Jānis Vitenbergs went to the US in search of possible solutions, and for the first time at such a high level, nuclear energy is being discussed as a strategic long-term solution for Latvia. Neatkarīgā has already reported that under the auspices of the Ministry of Environmental Protection, Latvia is pushing for a total free-for-all for wind energy - no responsibility for environmental damage, no responsibility to local communities - concrete and fiberglass in forests, swamps, fields - anywhere. Leaving aside the damage caused by the wind industry, the specific problem with wind energy is that the wind sometimes blows and sometimes does not, so you need stabilizing capacity, and so every new wind tower has to be supplemented by the same Russian gas. If the aim is to free ourselves from energy dependence, then this solution is completely pointless. So other sources are needed.

Latvia needs its own NPP

Economy Minister Jānis Vitenbergs has gone to the US in search of them: "The share of renewable energy in Latvian energy mix is constantly increasing and it is important to look at ways to ensure system stability and base loads to cover these volatile resources. We are grateful to the United States for readiness to collaborate with Latvia and share its experience and best practice in the field of nuclear energy. Latvia foresees an excellent cooperation with partners in the United States and it will foster our energy security." The Minister is quoted in a joint statement by Latvia and the United States.

America has a special program, FIRST, which develops and promotes nuclear energy technologies, including small modular reactors, which would be of interest to Latvia. It should be recalled that the Estonians are already ahead of us in this respect. They have taken up the nuclear project privately after the joint Baltic initiative fell apart. And now we are no longer talking about a huge nuclear facility that everyone would be afraid of. As Neatkarīgā reported: "Estonian nuclear plant will be small, pretty and safe." Latvia needs a small, pretty and safe one too.

MP Jānis Urbanovičs: I'm not trying to scare anyone, I'm very scared of it myself
Jānis Lasmanis
The last pre-war growth in the Latvian economy
Arnis Kluinis
Latvia attracts ships as a peaceful port
Arnis Kluinis
The biggest price increase in a year since we introduced the lats. Fuel and vegetable oil prices up by a third, potatoes by more than half
Ilze Šteinfelde
Oil prices are not yet at record levels, but fuel prices in Latvia already are
Ilze Šteinfelde
Russia's war tax doubles in a week
Arnis Kluinis