In Estonia, even five years of criminal proceedings can be a violation of reasonable term

Aivar Pilv, one of the best-known lawyers in Estonia, is surprised by Latvia's daring to continue the trial of a criminal case initiated in 1999. In Estonia, nothing like that would be conceivable, because according to the case law of the neighboring country, if the proceedings exceed the 5-7 year limit, the criminal case is terminated, the Estonian lawyer said in a conversation with Neatkarīgā.
28.12.2020. Uldis Dreiblats, Ritums Rozenbergs 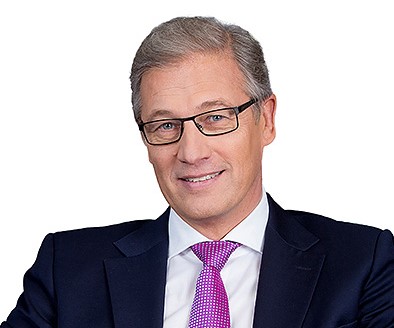 A LAWYER KNOWN IN ESTONIA AND BEYOND, Aivar Pilv (pictured), in a conversation with Neatkarīgā, emphasized that reasonable time limits in criminal proceedings in Estonia are no longer than five to seven years and are observed not only by lawyers but also by prosecutors and judges. The lawyer is puzzled as to how in the so-called Lembergs case the Latvian state can still judge a case that was started in 1999. According to him, nothing like that would be possible in Estonia ©Publicitātes foto no Aivara Pilva advokātu biroja mājaslapas

Aivar Pilv is a well-known lawyer in Estonia and abroad who has successfully defended his clients and won acquittals in complex scandalous cases, such as the criminal case of Tallinn Mayor Edgar Savisaar, Tartu Deputy Mayor Artjom Suvorov, as well as in the international sports arbitration process, in which the famous Estonian cross-country skier, three Olympic Games medalist Andrus Veerpalu was acquitted on charges of doping.

In a conversation with a lawyer, we asked him to tell Neatkarīgā's readers what is meant by "reasonable term for criminal proceedings" in Estonia, how this concept is followed in Estonian court practice, and how criminal cases that have lasted twenty years or more are heard in Estonia.

Respecting the case law of the European Court of Human Rights

"One example is from a very recent case where we reached a positive court decision for our defendant. This was a well-known criminal case in which one of the accusers was the former Prime Minister of Estonia and the Mayor of Tallinn, Edgar Savisaar. I do not know how much you know about him in Latvia, but Savisaar has been at the top of Estonian politics for at least thirty years. In this criminal case, I was defending one international entrepreneur who used to live in Estonia but now lives in Switzerland. He does business in various countries, including Estonia. In February 2011, the Estonian law enforcement authorities sent a request for legal assistance to Switzerland in order to obtain information from Switzerland about Edgar Savisaar, who was the mayor of Tallinn at the time. The request was based on the accusation that Savisaar had participated in the laundering of dirty money and my defendant could also be involved in it. The request for legal aid clearly stated that the law enforcement authorities suspected my defendant, together with Savisaar, of involvement in money laundering. No evidence of suspicion of this crime was presented. No documents were presented, such as a police report on the application of the status of a suspect. These letters rogatory referred only to suspicions of money laundering. My defendant found out about what was happening from the credit institutions he worked with because the content of letters rogatory was also sent to various credit institutions. Several banks in different parts of the world received these messages and started asking their customer questions - what is your job, who are your companions, and so on. As the questions came from various credit institutions, my defendant felt that he had been prosecuted, despite the fact that he had not been searched, detained, or given any procedural steps of which he had been informed. Four years passed and only then here in Estonia was he given the status of a suspect in criminal proceedings. Not after the article on money laundering, but in connection with other circumstances, after another article - about alleged bribery of Edgar Savisaar with the intention of receiving some advantage here in Estonia for starting a business in Tallinn. Seven natural persons were charged in the case, as well as a political organization - the Estonian Centre Party represented by Edgar Savisaar - and a couple of other legal entities, i.e. capital companies."

“Savisaar's case went to court on 13 April 2017. On 14 January 2020, the district court delivered its judgment. On appeal, the district court delivered its judgment on 22 June 2020. On 30 November 2020, the national court refused to accept the case in its cassation appeal, basing its decision on the end of a reasonable term. The case is closed. The district court and the regional court ruled that reasonable time had elapsed, given that the case was set at 2011, when circumstances affecting my and other defendants appeared, which clearly marked the violation of their rights, affected their and their companies' activities. It is for these reasons that the court decided to start counting the reasonable point of reference from 2011 and not from 2015, when my defendant was granted the status of a suspect. The prosecutor disagreed and appealed the court's decision. The district court stated in its judgment that after learning all the circumstances and examining all the written evidence - documents - and hearing the testimony of witnesses, including many officials working in the municipality, the allegation that my defendant had received some favor, discount, or advantage in relation to other economic operators was not confirmed. In 2019, we asked the court to acquit my defendant, given that a reasonable period of time, which was almost eight years at the time, had passed. However, the law stipulates that if there is any doubt as to the guilt of the accused, but there are grounds to terminate the case on the grounds that a reasonable term has expired, the court must react immediately and it must not spend time assessing other circumstances. If the reasonable time limits have not yet expired, the court may also assess other circumstances, and if the person is found guilty of committing a crime, the penalty may be reduced due to exceeding the reasonable time limits. In the present situation, the court ruled that the reasonable time limits had expired and that the court should close the case immediately. In such a situation, it is not necessary for the court to assess other circumstances. I was interested in the court acquittal, but the court ruled that the main issue was a breach of reasonable time limits. This is a fresh example. But there are other cases."

"One of the other cases was a criminal trial with charges of violating tax legislation, which had also passed seven years. Entrepreneurs from different countries, including Latvia, were involved in the criminal case. The prosecution considered that the entrepreneurs had made fictitious transactions in order to evade the turnover tax in the transactions between Latvia and Estonia. The case went to the regional court and it overturned the district court's decision to remand the case to another district court, saying that reasonable time had not elapsed - the case should continue to be examined. The district court again pressed that the time limits had expired and only then did the regional court agree to it. That was two years ago. The pre-trial process and the proceedings lasted a total of seven years.

This practice of closing cases exists regardless of the type of crime, where there are more than one or two suspects, or the accused, where the charge consists of several episodes, and where the crimes involve several countries, i.e., international crimes, where contacts and co-operation between people, goods, transactions in different countries are recorded.

The practice of asking for a case to be closed due to a reasonable time limit is very often used by lawyers, but the court does not always grant such requests.

It is important in what circumstances the court could consider the issue of violation of reasonable time limits. Account must also be taken of the extent to which law enforcement agencies have been active or whether there have been major breaks between proceedings. The actions of the suspect or accused are also assessed - whether due to them it has not been possible to carry out investigative activities or hearing the case in court for a long time. For example, whether the suspect or accused person has tried to delay the case, or whether his lawyer has made unfounded and empty requests. The court evaluates it all. There have been cases where a national court has ruled that one or another lawyer's conduct has not been in line with good practice; the court has established that the lawyer has tried to delay the court proceedings by submitting unfounded and irrelevant requests to the court. The public interest in the case and the rights of the accused, what he has lost as a result, are also assessed. For example, if he lost a position or public trust as a result of the criminal proceedings. All these aspects must be considered, analyzed, and reflected in the judgment or decision by the court.

The so-called Lembergs case is surprising

During the conversation with the lawyer, the famous and scandalous so-called Lembergs criminal case was also mentioned. A. Pilv repeatedly asked whether the criminal proceedings against Ventspils Mayor Aivars Lembergs were really initiated in 1999. After receiving a repeat affirmative answer, he paused and then began to laugh, saying that it couldn't have been! The lawyer was even more surprised to learn that A. Lembergs was being tried for the events that took place in 1993, 1994, and 1995. "I do not know under what circumstances this case dragged on. But one thing is clear: the question of reasonable time limits in this case would have been urgently addressed already in 2009."

A. Pilv explained that in Estonia the maximum intensity of hearing a case is three days a week - not four, as it is in the so-called Lembergs case. The lawyer said that Savisaar criminal case was also reviewed in court 3 times a week - on Tuesdays, Wednesdays, and Thursdays. More frequently court hearings are not scheduled. This is to allow lawyers and other parties to the process to prepare, as well as to do other work.

Comment
Director of Domina: Government's decision to partially open stores will intensify the crisis
Ilze Šteinfelde
Chinese Ambassador: Sino-EU relations must have mutual respect and equal treatment
JPJuris Paiders
Entrepreneur Andris Bite: Even chickens can fly if the wind is strong enough
Elita Veidemane
MoW Ramona Petraviča: There is no uniform approach to Covid statistics in the country
Jānis Lasmanis
MP Arvils Ašeradens: I do not see a call to return to bilingualism in the UN recommendation
Jānis Lasmanis
Ainārs Šlesers: The company of Bordāns/Jurašs is heating up the "oligarch" soup
Elita Veidemane