"I am not opposed to expressing different opinions! In this case, there is a shadow of doubt over the employee, namely that she is involved in a disinformation campaign,” says Rolands Irklis, Chair of the State Audit Office (SAO), answering the question of whether he is worried that Līga Krapāne – God forbid! - might express her opinions again. I am talking about the “incredible daring” of Līga Krapāne, an employee of the SAO, to sign a letter of opinion about the vaccination process and the government's failures in this process.
12.06.2021. Elita Veidemane 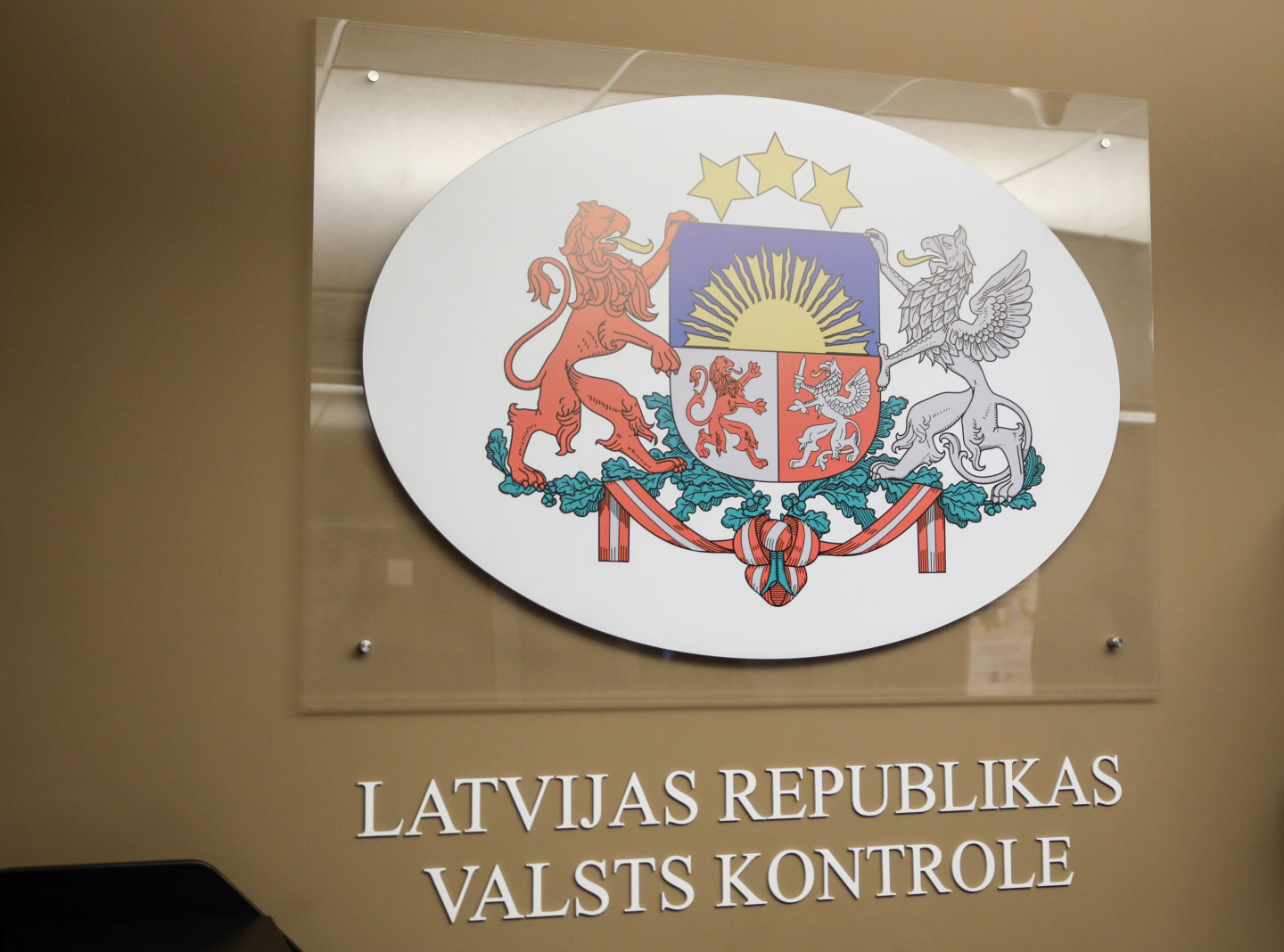 Auditor General Rolands Irklis is currently in the "process of discussions" with Līga Krapāne, Head of the Public Relations and Internal Communications Department of the SAO, who at the end of May signed a letter sent to senior state officials, overall signed by 150 people, with questions about Covid-19 vaccination.

The letter "On the need to put an end to the fragmentation of the public and the failure to provide comprehensive information on Covid-19 vaccination questions, as well as on the obligation of the state to take responsibility" included thoughts on the accuracy of tests, the possible misleading of the public about test safety, criticized the tendency to make vaccination mandatory, as well as asked a number of questions and requests, such as printing information on all risks and side effects of vaccination in the Covid-19 vaccination form, with the state taking responsibility for the damage to health and life caused by the vaccine.

There was neither a denial of vaccination nor the questioning of the dangers of a pandemic in this letter, but there were many unpleasant questions for the ruling class, and that, in my view, was the reason why "Re:Check ladies" and "public media" might have gotten a push with a completely specific task: to slander both letter writers and signatories as effectively as possible.

Instead of addressing all groups and strata of society in a kind and comprehensible way, the rulers carried out chaotic hysterical actions, basically targeting all people and pitting them against themselves, against any sensible action, if there was any. Now, when we should all think together about what to do, not continue the escalation of the opposing sides, inciting the vaccinated against the unvaccinated, the doubting against the convinced, and so on.

That is what the letter signed by 150 people was about, to which the country's top officials have not yet replied. Either there is nothing to say, or the State Chancellery has not yet distributed the standard text of the reply... Yes, transparency does not come easily even to brave public officials.

However, the first victim of transparency is already on the horizon: Līga Krapāne, an employee of the SAO, who signed the said letter. Auditor General Rolands Irklis is ready to dismiss her.

Today we have an interview with Rolands Irklis.

Has Līga Krapāne already received a notice of termination?

Let me clarify. Līga Krapāne has not received a notice of termination. We have differences of opinion as to whether the signing of the letter in question was a good thing to do, given her position in the State Audit Office.

But then how to interpret your offer for a mutual agreement between the parties?

We are in the process of discussions about the situation in which one of the options is not to continue the employment by mutual agreement.

Have you yourself read the letter sent to the country's top officials?

And what did you see there that was... so criminal?

The letter is about topics that have been covered by the State Audit Office's audits or could potentially get there, such as the testing and vaccination process. Given that the State Audit Office has a duty to act objectively in audits, including to objectively explain information on the results of audits, expressing a contradictory opinion on the auditing topics must be assessed as a certain risk. This letter - according to what was written on the portal lsm.lv - also contains misleading and false information. This poses an even greater risk, and the publication of information on these topics may be called into question from the point of view of objectivity.

Who specifically claimed that the letter contained misinformation?

This follows from the lsm.lv publication. Kasjauns.lv journalists also had a take on it. In any case, there is a shadow of doubt over an SAO employee who is responsible for disseminating objective and truthful information. Such situations must be avoided.

Exactly what do you find misleading in this letter?

There were a lot of claims.

There are claims that the tests are not accurate.

Such claims have been around for a long time, questions are often asked on this topic, but they remain unanswered.

This was a claim that has obviously been taken out of context. The letter mentions antigen tests and these tests are not the ones included in the statistics. It is clear from the story from which it was taken that it is not a question of general tests. There was also a claim that for more than a year the state has legitimized inaccurate texts as a basis for restricting an individual's rights without any possibility to challenge it in a fair court. But there are persons who have appealed to the Constitutional Court regarding specific restrictions.

It is very good that there are people who have gone to court to defend their views. But you do not allow Līga Krapāne to express hers. In addition, there is also Section 100 of the Constitution, which states: “Everyone has the right to freedom of expression, which includes the right to freely receive, keep and distribute information and to express his or her views. Censorship is prohibited."

People definitely have a right to their opinion. Līga Krapāne as well. But this case is not just about opinion, it is about signing under certain statements that contain false information.

That is - you think it contains false information. But the tone of the letter is clear: it is the opinion of 150 people that the state is doing almost nothing to clarify the vaccination issues, it is a demand to answer a number of absolutely specific questions, the importance of which affects the whole of society.

People can ask questions, I really don't mind. But there are many dubious allegations in the letter, and other journalists have also noticed that the letter contains false information. Any public relations specialist in a public authority should avoid situations where their statements are presented as misinformation. If we have significant differences of opinion on what an official may or may not do, this can be the basis for such a conversation as between me and Līga Krapāne.

How do you assess Līga Krapāne as an employee of the SAO?

So far (I have been working there since January) I evaluate her work as pretty good, the duties have been fulfilled in a timely and correct manner. To this day, I have had no objections. The question now is: can we continue working together, or can such cases happen again?

What cases do you think could happen again? That she, God forbid, might express her opinions?

I am not opposed to expressing different opinions! In this case, there is a shadow of doubt over the employee, namely that she is involved in a disinformation campaign.

I still don't see any disinformation campaign there.

Here, too, we both obviously have different views. And it's normal that opinions differ. And everyone has their own opinion on what is and what is not the proper thing to do. Ms Krapāne and I are currently in that exact cycle of discussions.

Chinese Ambassador to Latvia: Chinese and US leaders do not want to start a "new Cold War" and will build non-confrontational relations
JPJuris Paiders
Supreme Court Chief Justice: Unsubstantiated judgments leave a bad impression
Uldis Dreiblats, Ritums Rozenbergs
Supreme Court Chief Justice: I see no rational reason why the Minister of Justice has a conflict with me
Uldis Dreiblats, Ritums Rozenbergs
MP Rihards Kols: We should help Ukraine militarily as well
Jānis Lasmanis
MP Viktors Valainis: This budget will be as bad as Covid management
Jānis Lasmanis
Is Andris Ramoliņš' business based on raiderism? Interview with Dzintars Odiņš, former owner of Kurzemes finieris
Portāls nra.lv