Minister of Foreign Affairs Rinkēvičs: The Prime Minister had the right to sign such a document

The National Alliance (Nacionālā apvienība) believes that Prime Minister Krišjānis Kariņš has acted irresponsibly and alone in signing a statement on a law passed in Hungary that the European Commission considers to violate the rights of the lesbian, gay, bisexual, transgender, and other sexuality community.
29.06.2021. Jānis Lasmanis 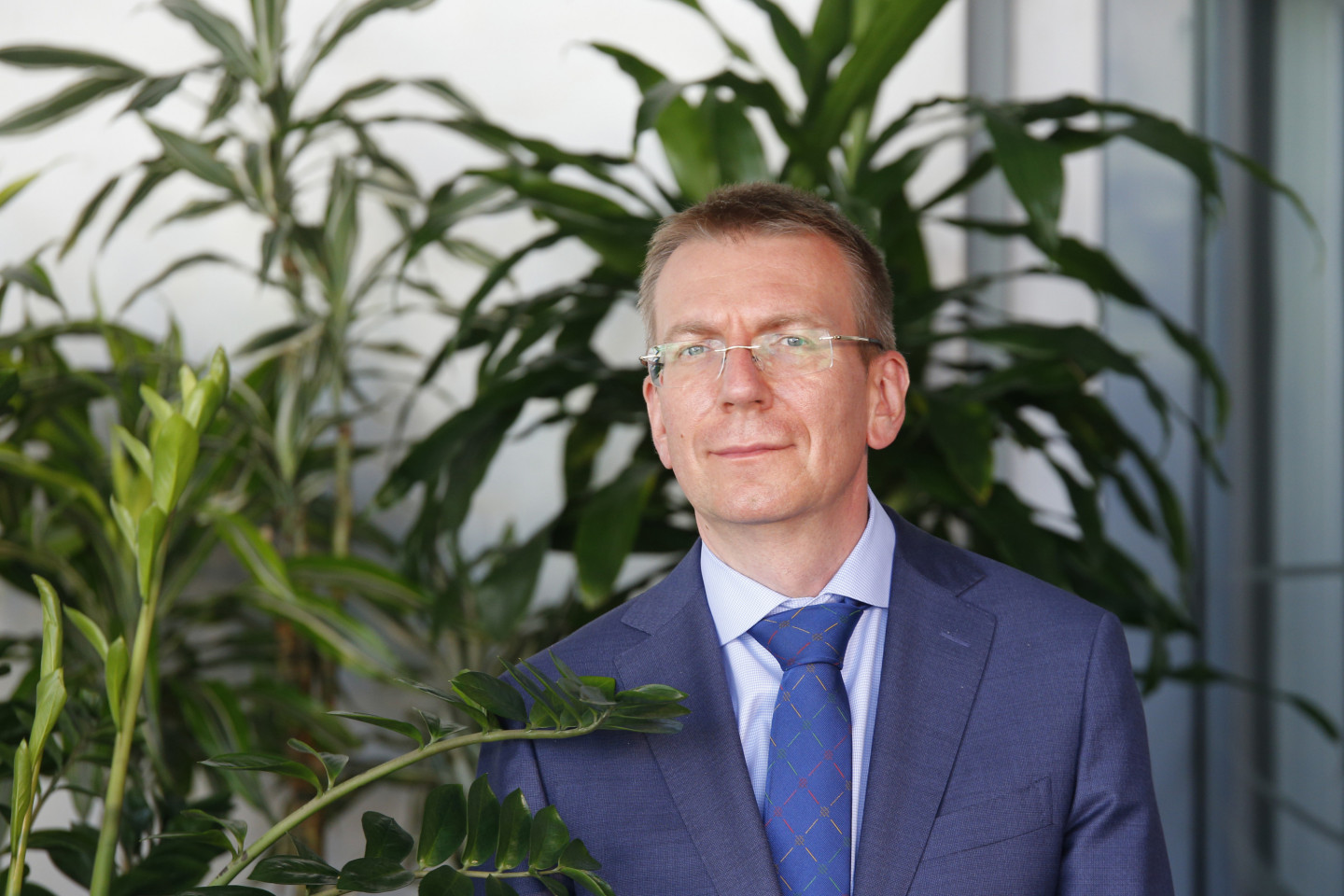 The Alliance has stated that it "condemns the Prime Minister's unilateral position on behalf of the state on the new Hungarian law and dissociates itself from it". On Monday, a joint sitting of the Board of the National Alliance and the Saeima faction took place, in which the Prime Minister also participated. He was invited to explain his views on developments in Hungary, expressed to the European Council.

On June 24, Kariņš signed an open letter to the European Council in Brussels in response to a new law passed in Hungary, which, in the National Alliance's view, allows parents to decide for themselves what sexual education their children will receive, as well as prohibits the popularization of homosexuality, gender identity which differs from biological gender identity, and gender reassignment.

The organization believes that the statements made by the representatives of many countries and the media, including Latvia and Hungary, in the letter signed by the Prime Minister of Latvia, are treated as the official position of the countries regarding Hungary's actions. However, the position expressed on behalf of Latvia has not been previously discussed among the coalition partners, therefore the signing of the open letter is considered "a one-person and irresponsible decision of Kariņš, which is unacceptable". The National Alliance calls for the issues relevant to the European Council to be discussed in advance within the coalition.

In turn, President Egils Levits points out that the political statement signed by Kariņš on the rights of the lesbian, gay, bisexual, transgender and other sexual minorities is not legally binding.

The President called for the context to be taken into account, stressing that there were no such political statements and that the letter itself, in response to the new law passed in Hungary, which the European Commission considered to be LGBT discriminatory, did not mention Hungary's name. If this letter had been binding, the Prime Minister would have to obtain the appropriate authorization and follow a certain procedure. E. Levits emphasized that this was a matter of position and did not need to be coordinated in advance.

Edgars Rinkēvičs, the Minister of Foreign Affairs and a member of the Board of Unity (Vienotība), represented by the Prime Minister, has similar views.

In your opinion, to what extent is the Prime Minister entitled to express a position without coordinating it with the Saeima, or at least the coalition?

The Prime Minister signed a political document that is not legally binding. In a situation where issues are on the agenda quite quickly - and this is the case - the prime minister or ministers have to decide on all aspects. Of course, this decision can often lead to conflicting reactions.

I think there are partners in the coalition who would be more in line with the views of the Prime Minister and most EU countries, and there are partners who think that this is wrong. It can always be discussed. I think, from that point of view, the Prime Minister had the right to sign such a document, just like the other ministers in his councils.

Coalition partners from the National Alliance have already publicly expressed their opinion on social networks - if there was a vote of confidence in Kariņš's government, then this time he might not be able to win it. Could LGBTI issues really become the one that overthrows the government?

I have gone through various forms of social networking. At one time, it seemed that social networks were indeed representative of all societies, but in the end, all this must be assessed very carefully. It would be very strange if such an issue were to justify the overthrow of the government. I think it's expressed in an emotional surge. I do not think that any of the partners is interested in overthrowing the government.

This is an issue on which there have been and will be differing views. Don't forget that within the Development/For! (Attīstībai/Par!) and within the New Unity (Jaunā Vienotība) plans, these issues are discussed, but there are partners with different views. Respecting the diversity of views - and the coalition does not have four equally ideological parties - these issues can be discussed.

How acceptable is it for coalition partners to call out their own approved prime minister?

You will remember that this has happened before. It is also stipulated in the coalition agreement that any partner can invite the Prime Minister to a conversation within 48 hours. If the Prime Minister and the faction do not see eye to eye, it is much more civilized than just tweeting and writing about it on social networks. From this point of view, this is an instrumental approach, it has been applied in the past - if such a right is stipulated and a partner has things to talk about, it is acceptable. This has happened at least twice before.