Lawyer: The court ignored the evidence of Lembergs’ defense and copied the prosecutors' writings

In the full text of the Lembergs criminal case, the indictments submitted by prosecutors or the speech of the accusation were copied in many places, and it almost completely ignores the defense arguments, so claims Māris Grudulis, a sworn lawyer representing Aivars Lembergs, in an expert interview with Neatkarīgā, after getting acquainted with the text of the full sentence, which is 1920 pages long.
29.06.2021. Uldis Dreiblats, Ritums Rozenbergs 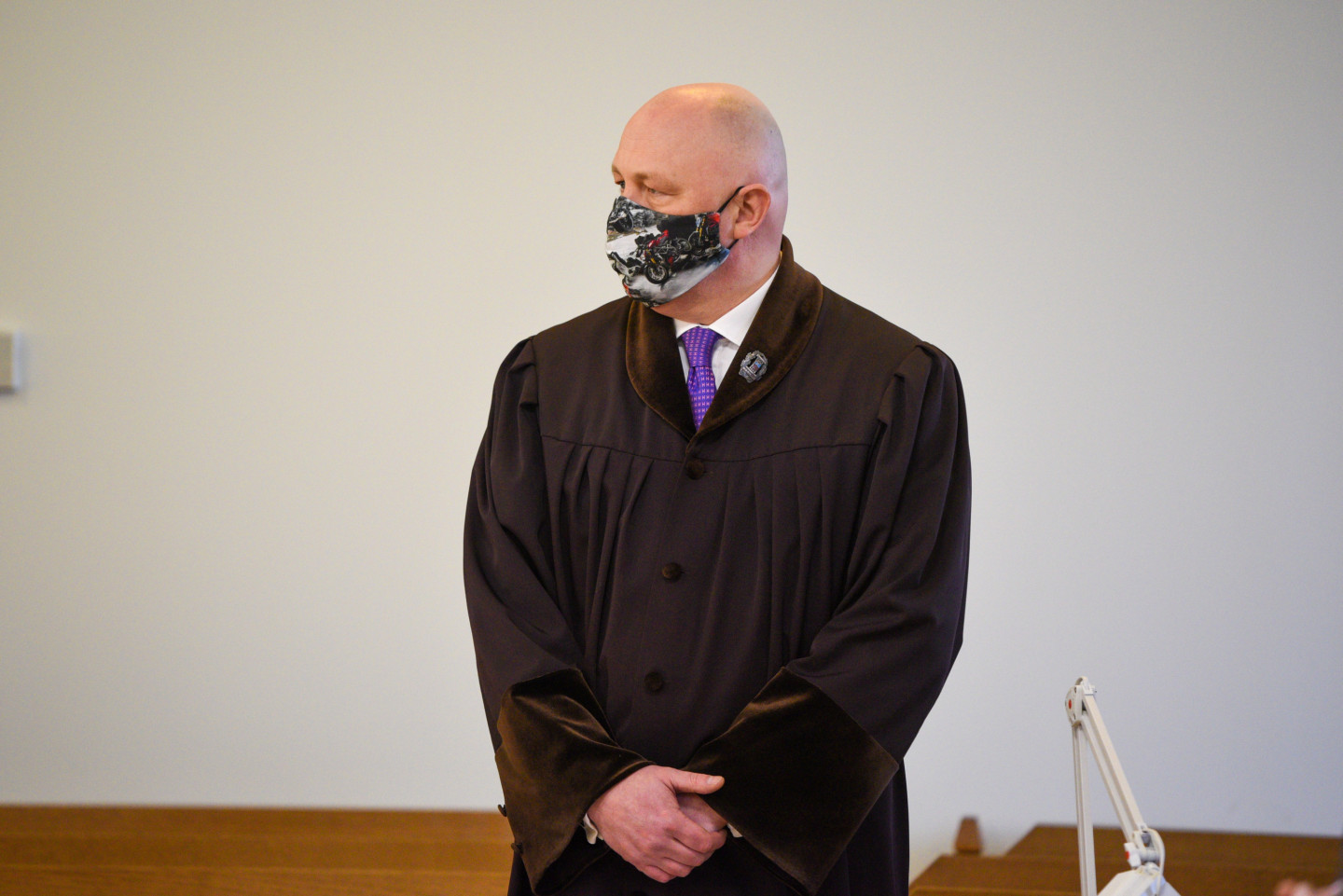 SWORN LAWYER MĀRIS GRUDULIS believes that the assembly of the Riga Regional Court, headed by Judge Irīna Jansone, is obviously in favor of the accusing party, as it has almost completely ignored the defense arguments expressed for 12 years, without acknowledging that it has violated all possible human rights in criminal proceedings. ©Mārtiņš ZILGALVIS, F64 Photo Agency

Just before Midsummer's Day, on June 22, the Riga Regional Court, fulfilling the promise made on February 22, published the full judgment of the Lembergs’ case. The following has been stated about the possibilities of appealing the judgment: “The full judgment may be appealed within 20 (twenty) days from the date of availability of the full judgment in the Riga Regional Court by submitting an appeal or protest appeal to the Chamber of Criminal Cases of the Riga Regional Court. The part of the court decision, which examines the complaint regarding the grounds for termination of the criminal proceedings, may be appealed within 10 (ten) days only for non-compliance with the procedural requirements specified in Chapter 57 of the Criminal Procedure Law.”

Judging by the volume of the document and its complexity, both A. Lembergs and his advocate spent Midsummer's Eve and Midsummer not with friends over beer mugs, but getting acquainted with the court's published work.

Given that lawyer M. Grudulis is the person who must not only read the 1920-page text several times a week, but also draw the first conclusions about it, Neatkarīgā asked some questions to the lawyer, who is clearly very busy at the moment, about the full judgment published on 22 June.

Does the full text of the judgment contain any new facts proving the prosecution of Aivars Lembergs?

To what extent, if at all, has the court acknowledged the evidence of the defense?

The defense arguments have neither been respected nor analyzed. They were simply ignored. For example, from the defense speech in the indictment under Section 195 of the Criminal Law, which was about a 600 page submission to the court, the court has mentioned only one argument in the grounds of the judgment.

What justification for the security measure applied can be read in the full text of the judgment, and, of what is stated there, how much could be justified?

In the opinion of the defense, the decision of the court is unfounded, however, the arguments contained in it are tendentious and unproven. Thus, for example, the court points out that at the time when Aivars Lembergs had been given a security measure - a ban on holding the position of the chairman of Ventspils City Council (in fact, he did not have such a security measure, he had only been banned from performing the duties of the chairman of Ventspils City Council) - he had performed the duties of the municipal deputy (which he was not prohibited from). Thus, it can be seen that the purpose of the security measure is to prevent Aivars Lembergs from taking political action and to implement the will of the voters. The court also points out in the judgment that it takes into account the influence of Aivars Lembergs on the officials of Ventspils City Municipality, which most directly indicates that the security measure was established with the aim to prevent him from exercising the rights and duties delegated by voters. The court also points out that Aivars Lembergs has tried to influence the leaders of the proceedings (the evidence for this is not even mentioned in the judgment). It is also mentioned that Aivars Lembergs has organized the tracking of the prosecutor Mežsargs (on this basis the prosecutors wanted to arrest Aivars Lembergs more than 10 years ago, but the court rejected their request). In the defense's view, the detention is manifestly unfounded.

What human rights violations in criminal proceedings have been completely ignored in the text of the full sentence?

In the opinion of the defense, all possible human rights violations that can be committed in criminal proceedings have been committed, including, but not limited to, the right to a fair trial, the need for motivation requirements, the right to justify and evaluate detention, the right to private and family life, the right to participate in political activities, etc.

Comment
MP Vjačeslavs Dombrovskis: The hangover of the borrowing policy will be severe
MKMāris Krautmanis
AARL Deputy Chair Lilita Beķere: Accountants have a huge responsibility, but there is little state support
MKMāris Krautmanis
Chinese Ambassador to Latvia: The international community has an urgent task to increase the fair distribution of vaccines
JPJuris Paiders
MP Kiršteins: The question is not about the 40 million, but about the corruption of Latvian politicians
Elita Veidemane
MP Ramona Petraviča: The spending of the restitution money will be strictly controlled
Jānis Lasmanis
Former PM Vilis Krištopans: If we want to live in Latvia, then Latvia must be put in order
MKMāris Krautmanis