MP Raimonds Bergmanis: I am not sure that we will find the resources to set up the border

The Chairman of the Foreign Affairs Committee of the Saeima Rihards Kols (National Alliance, Nacionālā apvienība) believes that seeing the flow of illegal migrants from Belarus to Lithuania, we must also prepare for the worst-case scenario that some of these people may be redirected to the Latvian border. In turn, the Prime Minister promises to find the necessary funds to set up the border.
20.07.2021. Jānis Lasmanis 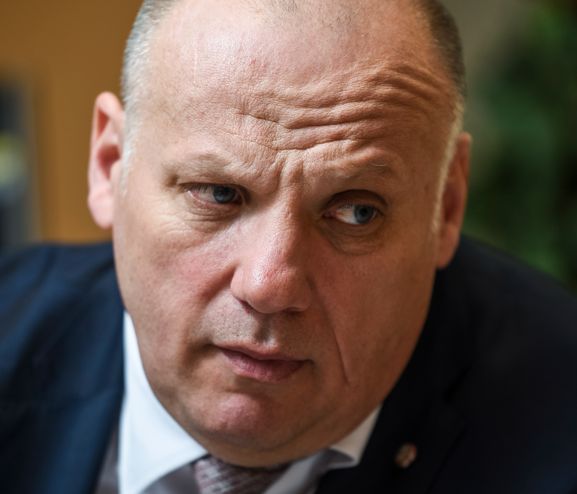 R.Kols noted that at present it is not known exactly how many illegal migrants from the Middle East there are in Belarus, because it is known that they come to Belarus both by plane and possibly also from Russia.

The politician assessed that, in general, it is basically organized human trafficking organized by the Belarussian regime, which is used as a kind of weapon against Europe.

Prime Minister Krišjānis Kariņš has also emphasized the events in Belarus that may affect the situation on the Latvian border. Visiting the eastern border of Latvia, he emphasized that it is also the European Union's external border with Russia and Belarus and as such is becoming increasingly important, taking into account both the Covid-19 pandemic and the events in neighboring countries.

Namely, the critical situation on the Lithuanian-Belarusian border in connection with the rapidly increasing number of attempts of illegal migrants to enter Lithuania and further into other European Union member states.

Therefore, K. Kariņš emphasized the need to continue work on strengthening the land border and pointed out that the government is ready to provide the necessary support, taking into account the proposals of the Ministry of the Interior.

Raimonds Bergmanis, who works in the Saeima Committees on Defence, Internal Affairs and Corruption Prevention and Citizenship, Migration and Social Cohesion, believes that Latvia could have been ready for a growing wave of migrants for a long time, but has not used this opportunity.

It has been said that Latvia must prepare for the worst-case scenario regarding the possible flow of illegal migration from Belarus. What would be the necessary preparations to prepare for this scenario?

Preparations should have been done beforehand, but setting up the whole border has been stopped. No money was allocated for it in the budget for this year or the next. Now we will probably try to find the resources in some way, but I am not sure we will find them, although building the border has always been one of the priorities.

We are always trying to react. We also reacted to the events of 2014 to security as such, but knowing all these events, we might have been able to be aware of all the risks beforehand. The Russian-Belarusian border, which is also the European Union's external border, has always been a top priority. Funding for borders was suspended due to concerns about past irregularities in setting it up, but this could not be the reason to suspend all work.

Since I visited the Russian border as Minister of Defense, a lot has progressed, but there is no way forward without funding.

With the committee, we were at the Belarusian border - which is Daugava - and there are quite many needs for border guards. Cooperation has been established with the Ministry of Defense, which will purchase the necessary vehicles, but I do not know whether this will happen to a sufficient extent.

It is a pity that we are once again trying to put out the fire when we could have prepared in time.

How do you think it would be more appropriate to deal with those illegal migrants who are caught at the border or already in the territory of Latvia - to be accommodated in Latvia or returned immediately to the Belarusian side?

That is a complicated issue. The cooperation was very good until some time. But I cannot say how it is now. We need to know what the situation is there, it could be better commented on by border guards.

There were these agreements on the border, everything happened there in a different way, despite any issues. The workload is high enough from the point of view of our capacity, we can also attract the National Guard for a while, but it cannot be a permanent solution.

If there is no direct contact with the Belarusian side and no willingness to address the issues, these are significant risks that can lead to various violations.

How do you assess the European Union's response to date to the flows of illegal migrants?

We are also currently involved in Frontex (European Agency for the Management of Operational Cooperation at the External Borders of the Member States of the European Union) operations. We have made a great contribution, and that is also important for our border guards. Frontex is also starting to send people to our borders. Of course, there are countries that have more resources and opportunities to get involved, but it does not matter how much support there is, it is important that they are ready to get involved.