Professor Harijs Tumans: We might be moving towards a global catastrophe

"People often suffer from ideological intoxication, some even lose their common sense. There was a similar ideological intoxication in communist times, but I think many at the time were just pretending to be poisoned. Now, this intoxication is much more dangerous because it is not imposed by force, it is gently and imperceptibly instilled - through the media, the public sphere, social networks. Therefore, many perceive these ideological dogmas as their own. Unfortunately, not all people are capable of analysis and understanding,” Professor of the University of Latvia, Dr.hist. Harijs Tumans. He is one of the founders of the Latvian Men's Association. Today - an interview with Harijs Tumans.
12.08.2021. Elita Veidemane 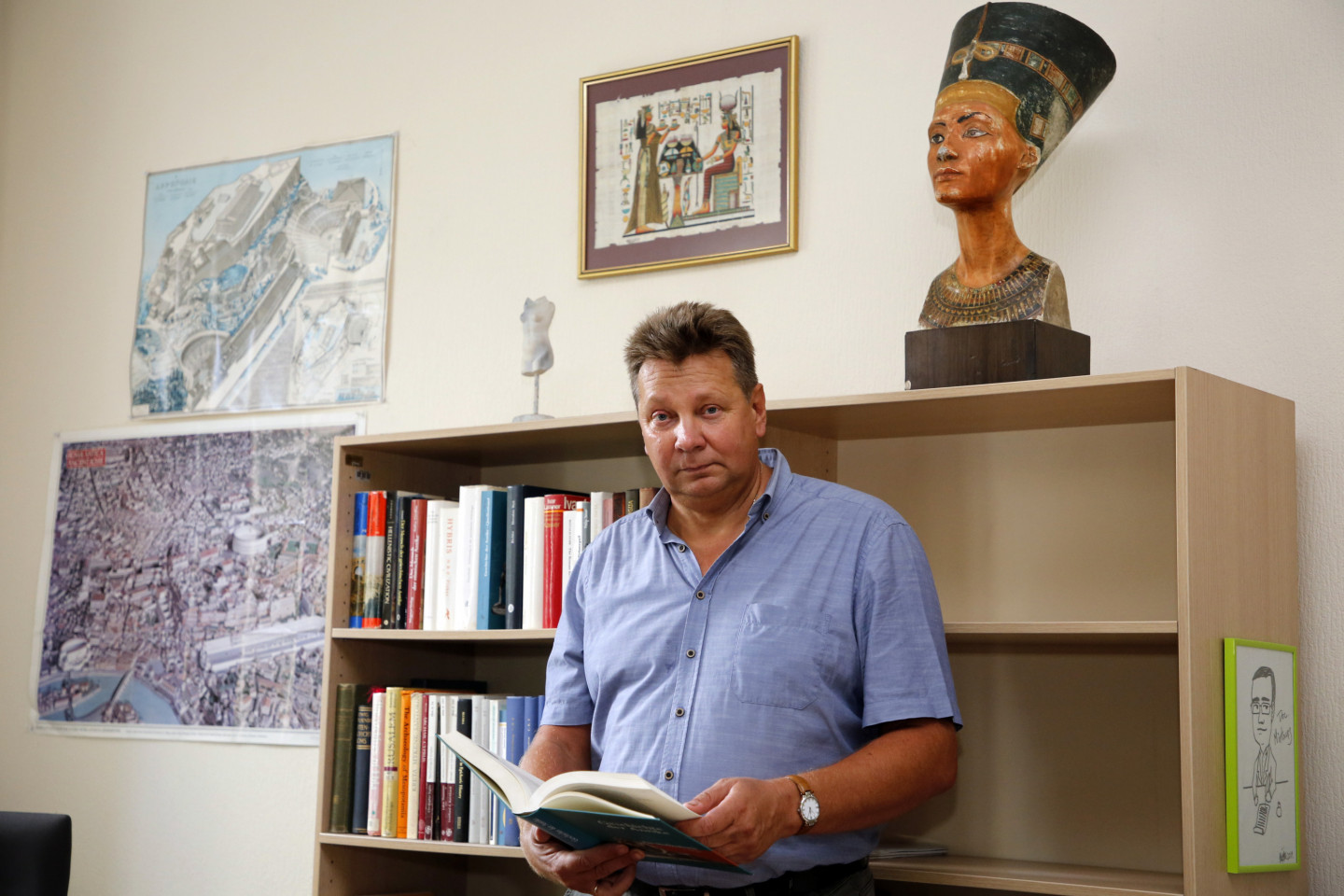 The Latvian Men's Association has recently been established. Please tell us about it.

The aim of the association is to strengthen the institution of marriage and family in society. We are not against anyone or anything, we are for, not against, that is, we are for the family. The task of the association is to popularize and encourage the involvement of husbands and fathers in the family and raising children. This means supporting traditional families, which are the foundation of the Latvian nation and the Latvian state.

The means and types of action can be different: Andars Ignacs, the Chairman of the Board of our Association, has submitted documents to the Central Election Commission to encourage a referendum on strengthening the concept of family in the Constitution. It is planned to organize seminars, publish writings and organize camps, in other words, to support the traditional family in various ways and to promote a healthy lifestyle.

What prompted you, the twelve men, to form such an association?

Everyone had their own reason, but we are all aware of the importance of family and realize that it is time to do something about it. As for me, in January of this year, some famous people called me and told me the idea. I immediately agreed to join this association. This is a time when the family and traditional values ​​in general need to be defended and promoted. There is now a widespread and deliberate attack on these values.

As I myself have recently been subjected to such attacks*, I was basically placed on the invisible front line without even wanting to, but there is no stepping back from this position. So this decision was natural for me. But I repeat: we are fighting for, not against. We are about the family and about the place of a man in it. This idea is very close to me.

How long have attacks on traditional values ​​and their bearers been going on?

It started quite a long time ago, a process that has been going on for several decades. However, active attacks have started relatively recently, with increasing pressure on traditional values, which are being actively "dismantled". These include aggressive propaganda, ideological censorship and, among other things, the cancel culture, which effectively kills freedom of expression. This is pressure on those who represent and defend traditional values.

Maybe you remember, very recently, there were attacks on social networks on a woman who allowed herself to say that she finds it unacceptable to promote same-sex relationships in society. There was a huge avalanche of hatred over her. This tendency - hatred towards those who think differently, namely those who think traditionally - has become very active recently.

It could once be said that these are different ideological positions - conservative and ultraliberal, which exist in parallel worlds and coexist peacefully, but now we see that peaceful coexistence is over and the war of ideologies has begun. In addition, it is becoming increasingly difficult for conservative forces to defend themselves.

There has also just been an attack by social networkers on singer Elīna Garanča, who dared to say that "in today's democracy, no one has the right to express themselves freely". Namely, what a person says is subject to censorship, a person must not say anything "wrong" about sexual minorities, religion, blondes, women and men, skin color or ethnicity.

Another case... no wonder. Of course, Elīna Garanča is right. Freedom of expression is seriously threatened today. Those who represent conservative values ​​are most often denied expression, but left-wing liberals are free to express themselves. Those who represent normalcy and common sense become a minority and an object of attack.

Do you expect the left-wing liberals to turn against your association as well? After all, there are only men in your society, so, why such discrimination?

Of course, there will be attacks. But, of course, there is no discrimination. There is no prohibition in the statutes to join the association, but its name stipulates that it consists of men. Women also participate in our association: for example, lawyer Baiba Rudevska, writer Inguna Roga-Saulīte help us very actively. We love and respect them. But in essence, our organization is exactly an association of men.

The ideological basis is that the family consists not only of the wife/mother but also of the husband/father. An important aspect for us is to emphasize the role of husband and father in the family. Children need a father. A normal family is a wife, husband and children. Not only a woman - a mother but also a man - a father is responsible for children.

We emphasize that a great responsibility lies on the shoulders of husband and father. At the moment, I see that there is a crisis of masculinity, our society is unfortunately strongly feminised, the feminine is aggressively singled out, but the masculine is oppressed. It is not for nothing that the white, heterosexual, Christian man is currently most at risk. It is a deliberately designed and paid policy. For example, it has just been officially announced that the Bill and Melinda Gates Foundation has dedicated $ 2.1 billion to the fight for gender equality. By the way, this fund spent less on combating Covid - $ 1.75 billion, so this so-called pandemic seems less important to them than the feminisation of society and the imposition of the relevant ideology.

Life shows that the fight for women's rights often leads to discrimination against men, and this is now called "positive discrimination", which is absurd in itself.

It is clear that today women are becoming more and more masculine, but men more and more feminine. This creates disharmony in gender relations and undermines the traditional family. Moral weakness, timidity, cowardice, trying to avoid responsibility are common among men today. It is no wonder that there is a lack of men in Western society today, that is, a lack of masculinity. Because when migrants harassed German women, it turned out that there were no men in Germany who would be able to defend their women. But if a man is unable to defend his wife and family, it is a disaster.

The general trend is clear: the stronger a woman is, the weaker a man is. In fact, if a woman wants a weakling next to her instead of a man, she should grow her strength... (Laughs). But if a woman wants a safe backing and an eagle next to her instead of a weakling, she must be feminine and even a little weak. Then the man, figuratively speaking, will grow wings and he will feel needed, will feel responsible for his wife, children, his family, then he will be strong. The man is the backbone of the family, but the woman is the soul and heart of the family. It's that simple.

Unfortunately, the public is much less interested in this clarity and simplicity than, for example, two young Latvian men who got married somewhere abroad. The father of one young man said that he supported his son's choice: his fiancé is athletic, he does sports... 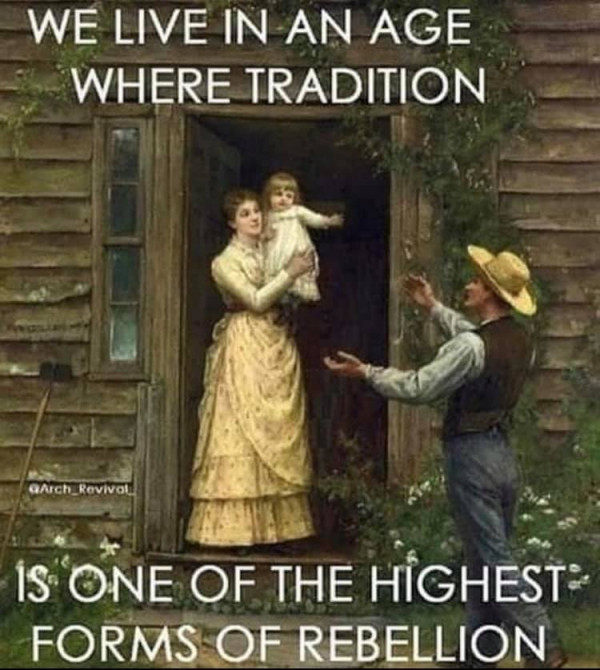 The world is going crazy. Propaganda and mass culture turn the brain into jelly, as a result of which a person falls under the complete mainstream and loses the ability to think independently. I call it ideological intoxication. Many even lose their common sense and can no longer adequately perceive reality. There was a similar ideological intoxication in communist times, although I think it was not as effective as many merely portrayed ideological zeal. Now, this intoxication is much more dangerous, because it is not imposed by force, it is gently instilled - through the media, the public sphere, social networks. Therefore, many perceive these ideological dogmas as their own. Unfortunately, not all people are capable of analysis and understanding… Another factor is the degradation of education, which greatly contributes to the primitivization of consciousness. As a result, a new type of people is formed, the ones that are in demand in today's situation: without thinking on their own, without the backbone of confidence and easily influenced. I am very sorry that people do not understand basic things and lose their common sense. But this is the trend of the age.

Prideists won't even be asked for Covid certificates? So will they be allowed what is not allowed to others? Just like Orwell: some animals are more equal than others. If the song festival has to take place remotely, why not hold Pride remotely? It shows what this mainstream really is and that it is against the traditional value system. By the way, a joke came to my mind here: those who cannot or do not want to be vaccinated should define themselves as a sexual minority, then they will be left alone and no one will think about depriving them of human rights...

This could result in common sense and normal thinking becoming a persecuted minority. We may reach a point where freedom of speech and expression will be officially banned, and the next step will be persecution. This trend could destroy civilization around the world, and it now looks like we are probably already heading for a global catastrophe. The parallels with the demise of ancient Roman civilization are quite vivid: the loss of values ​​and moral degradation, the collapse of the family, the influx of barbaric masses, the economic crisis, and so on. Those times differ from today only by the level of technology, but the essence is the same. History teaches us, but we do not want to learn.

* About two and a half years ago, the Latvian Academy of Culture did not extend the employment contract with Professor Harijs Tumans, formally justifying this non-renewal on the grounds that the professor's communication with students was not good enough, so the Academy of Culture does not need a course in ancient culture... The reasons were anonymous complaints, in three of which the professor recognized his jokes, while two were completely fabricated. "In this case, no one was interested in the true state of the case, anonymous complaints were given the status of absolute truth, and the lecturer was found guilty without a hearing, i.e., without the rights to defend himself. I can only explain this as an expression of an ideological dictatorship." The "wrong" professor, who ironized about feminism and its manifestations, had to be removed from the academy by any means. The full description of the event can be read here.

Mārcis Bendiks: The government is constantly and expertly producing nonsense
Uldis Dreiblats, Ritums Rozenbergs
With the change of the ruling coalition, the current rulers could also be called criminals
Uldis Dreiblats, Ritums Rozenbergs
MP Didzis Šmits: When deciding on restrictions, seven of the 13 ministers were in the country
Jānis Lasmanis
Based on the Dobele precedent, dozens of criminal proceedings must be initiated against the ruling coalition immediately!
MKMāris Krautmanis
President Egils Levits: My popularity is not important, state interests come first for me
Elita Veidemane
MP Edvīns Šnore: The deal led by the Jewish community and Development/For is illegal
Elita Veidemane