Former PM Vilis Krištopans: If we want to live in Latvia, then Latvia must be put in order

Conversation with Vilis Krištopans, former Prime Minister of Latvia, the candidate for the post of Minister of Finance of the party Latvia First (Latvija pirmajā vietā).
25.08.2021. MKMāris Krautmanis 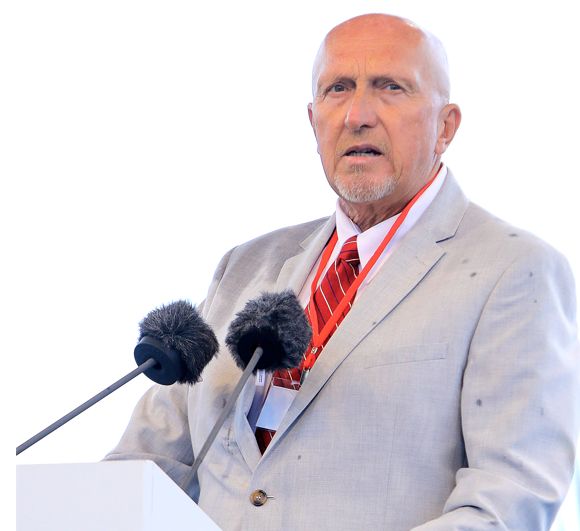 How is it that after such a long break you have decided to get involved in politics again - in the party Latvia First, the leader of which is Ainārs Šlesers?

22 years ago I left the Latvian Way party and since then I had not been a member of any party. I had the feeling that new politicians would come and everything would be fine. But, unfortunately, it has happened that the young people are incapable and with each subsequent convocation of the Saeima they are becoming weaker and weaker. For example, Artuss Kaimiņš, Jānis Bordāns and many others, even though Bordāns is a “young man” who was already in politics more than 20 years ago.

I could just live peacefully in America, play golf and go hunting. But I talked to my grandsons and granddaughter, and they said, "We want to live in Latvia."

But if we want to live in Latvia, then Latvia must be put in order.

There is an idea that has appeared in social networks that if Šlesers is returning to politics, money has reappeared in Latvia...

Unfortunately, the opposite is true. The budgetary situation is sad and the economic situation is sad. I want to come back to double Latvia's budget in four years. There are currently ten billion, but our plan is to reach 20 billion in four years' time. And then more. Our party has a 50-point program where it is written how we will achieve it. Šlesers and I see clearly what needs to be done.

We are fundamentally and categorically opposed to those currently in power. They want to spend, but we want to make money. We want to develop the economy, but they want to borrow. We want all sectors to make a contribution - ports, railways, agriculture, forests, manufacturing, services. Tourism. Each sector must be raised to the highest level. And then we will succeed. All restrictions on small businesses must be removed - there are many.

Why, for example, in tourism, the VAT for accommodation of guests in our country is significantly higher than in Lithuania?

We must do everything we can to be better, but for some reason, those in power do not.

Yes, but in Latvia, the pace of economic development has fallen the fastest and is rising the slowest. In Estonia and Lithuania, the economy has already recovered. They also have Covid. There is Covid all over the world.

The government thinks that stupid restrictions do not affect the economy. Every smallest detail affects the economy.

Nonsense is often heard in discussions about these things. Does anyone really think that the nineties will return with anonymous bank accounts? That's in the past.

Loans are almost dead. In a Swedish bank, you must have at least a million in your account to hope to get half a million as a loan. They will give loans to those who do not need them and will not give them to those who need them.

Of course, the Russians have built their ports. However, there are still a number of different types of cargo that come through Latvia little by little. There would be much more if Latvian politicians did not bark at Russia like dogs.

German Chancellor Angela Merkel also says that she does not like this and that and something else in Russian politics, but Germany and Russia are cooperating. But what do we have? Foreign Minister Edgars Rinkēvičs barking like a dog. And then he wants Russia not to veto everything that they can?

And the actions of Latvian officials remind me of something. As if I were throwing garbage bags over the fence at my neighbor's house... And then I would be surprised that the neighbor was retaliating too - for example, he was putting a car in front of the driveway so that no one could drive up to my house.

How do you assess the "builders' cartel" case?

The cartel has been visible to the naked eye, but it is not known why there has been silence about it. Of course, I assume that the builders paid off those who were in power.

But if now Latvia has to pay the European Union a lot of money - tens of millions, then it will turn out that the cartel got its big profit, politicians also got it, and the taxpayers will pay for it.

It is demagoguery and nonsense to say that Šlesers and Krištopans are going into politics because money has appeared in the country. We will have to roll up our sleeves and work to turn our ship around - not to borrow without meaning, go back to a deficit-free budget. Under my government, there was a deficit-free budget, and the external debt was half a billion. It is now 15 billion. During my government, Latvia had a population of 2.4 million, so in 22 years Latvia has lost almost half a million people. It has been done by New Era Party, Unity, New Unity, Development/For! and all varieties of these parties. And most of the half a million who have left are economic refugees.

Comment
With the change of the ruling coalition, the current rulers could also be called criminals
Uldis Dreiblats, Ritums Rozenbergs
MP Didzis Šmits: When deciding on restrictions, seven of the 13 ministers were in the country
Jānis Lasmanis
Based on the Dobele precedent, dozens of criminal proceedings must be initiated against the ruling coalition immediately!
MKMāris Krautmanis
President Egils Levits: My popularity is not important, state interests come first for me
Elita Veidemane
MP Edvīns Šnore: The deal led by the Jewish community and Development/For is illegal
Elita Veidemane
MP Vjačeslavs Dombrovskis: The hangover of the borrowing policy will be severe
MKMāris Krautmanis