MP Didzis Šmits: When deciding on restrictions, seven of the 13 ministers were in the country

As the country continues to struggle with difficulties Covid-19 has created in the health care system and economy, the opposition has drawn attention to the fact that in such a difficult situation, almost half of government ministers are on vacation or business trips abroad. Considering that this fact sends a signal to the public that ministers do not care about the people's problems, the opposition called for a decision that would deprive ministers of such freedoms until the pandemic situation has stabilized.
15.10.2021. Jānis Lasmanis 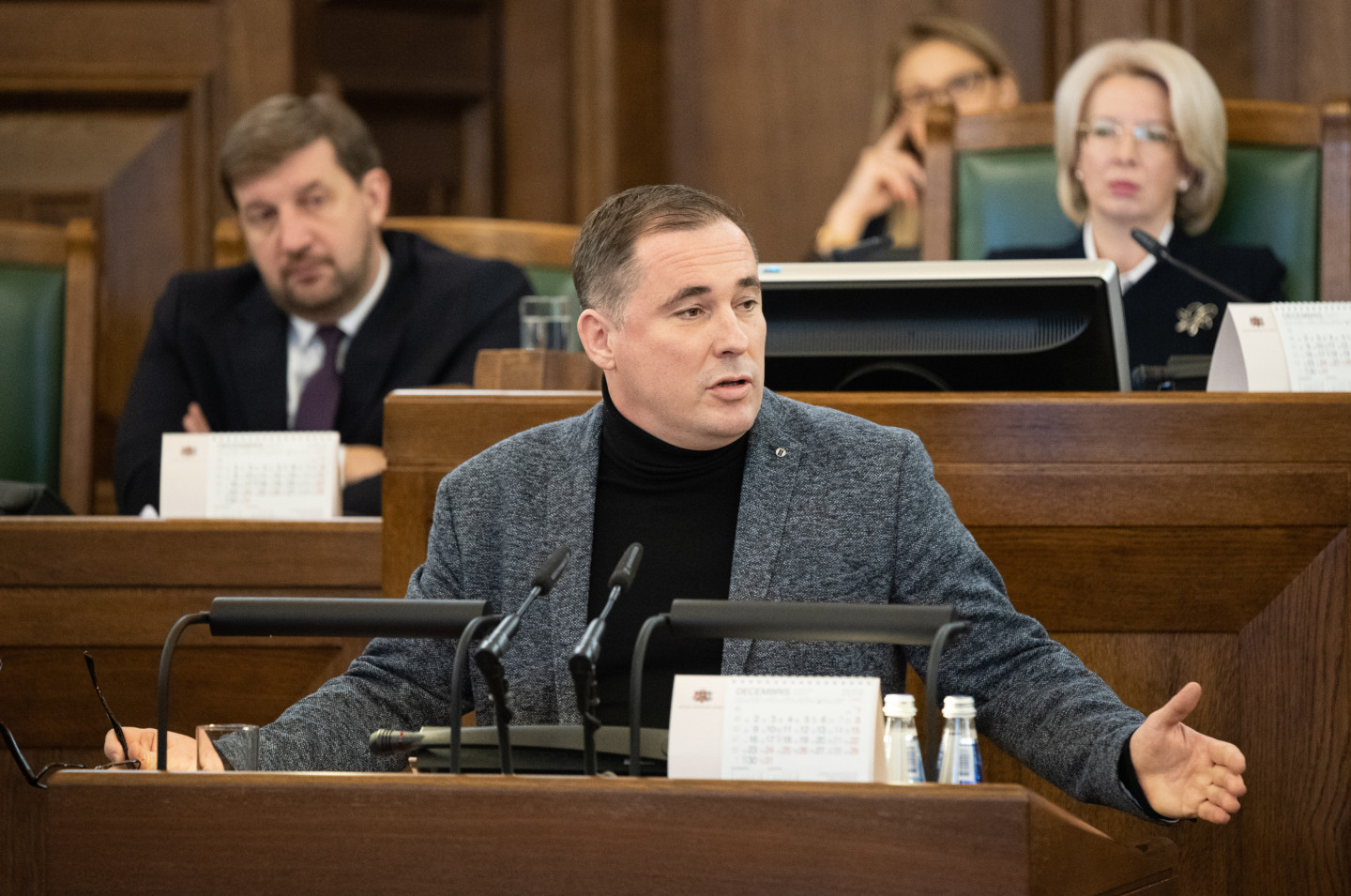 However, this issue was not included in the agenda of Thursday's sitting of the Saeima, as it was opposed by Juris Pūce representing Development/For! (Attīstībai/Par!).

One of the Members who signed the draft decision, Viktors Valainis (Union of Greens and Farmers, Zaļo un Zemnieku Savienība), expressed the opinion that the objections of the representative of this political force are natural, because "at present, the Minister of Defense, who is from Development/For!, has found the time to go on a vacation and is not currently participating in government work.” However, even this small provocation did not force the representatives of the coalition to get involved in the discussion, and the issue remained without progress.

Another Member who signed the draft decision, Didzis Šmits, who does not belong to the Saeima factions, admits that it was clear that the coalition would not support this political decision, but at the same time emphasizes that the Saeima had to show that such an attitude has no place in crisis situations.

You were one of those who urged ministers to be banned from going on vacation and traveling abroad. What would such a ban change, for example, in the healthcare or home affairs system?

On the day when the restrictions had to be decided or any other decision had to be made, seven of the 13 ministers were in the country. If that seems normal to someone and they do not understand that it is not, then someone had to tell them what they think about it. In this case, the parliament. We are talking about the responsibility of the Prime Minister because he coordinates the vacations.

Of course, this is an expression of the opposition's attitude towards the Prime Minister and the government. Ministers should have worked 24 hours a day from day one. If that had been the case, we would not have been late in buying the vaccines and the government would have gained the trust of the public. I think that the level of vaccination would also be completely different because we are currently in an absurd situation where a large number of people do not vaccinate in protest against the decisions of the Cabinet of Ministers.

At the Saeima sitting, the coalition did not participate in the debate on this independent proposal, but it was not supported. Why do you think it was so?

They do not support anything submitted by the opposition. Simply per se no proposal is perceived as worth debating. Here is the answer.

Okay, this was a political gesture that no one in the coalition would support, but there have been hundreds of other sensible suggestions on what to do better, but they are being ignored because they are not coming from the right people.

This crisis should be a moment to abandon the strict division between position and opposition and to listen to anyone who understands the issue better. Of course, I do not have medical education, we have others in the Saeima for that, but I would have something to say on economic issues. But we will not for a moment, even in the deepest crisis, abandon the approach of automatically rejecting everything from the opposition.

The Saeima has returned to remote work again. Do you still insist that you will not take part in such meetings, and do you not intend to change your mind?

Pure facts: the e-Saeima also operated this summer, when the cumulative indicator in August was 50 people, at 200 cases it was in person and now they are remote again. What is the justification for this?