Prosecutor General Juris Stukāns: I call for the publication of materials of the loud criminal cases (Part II) 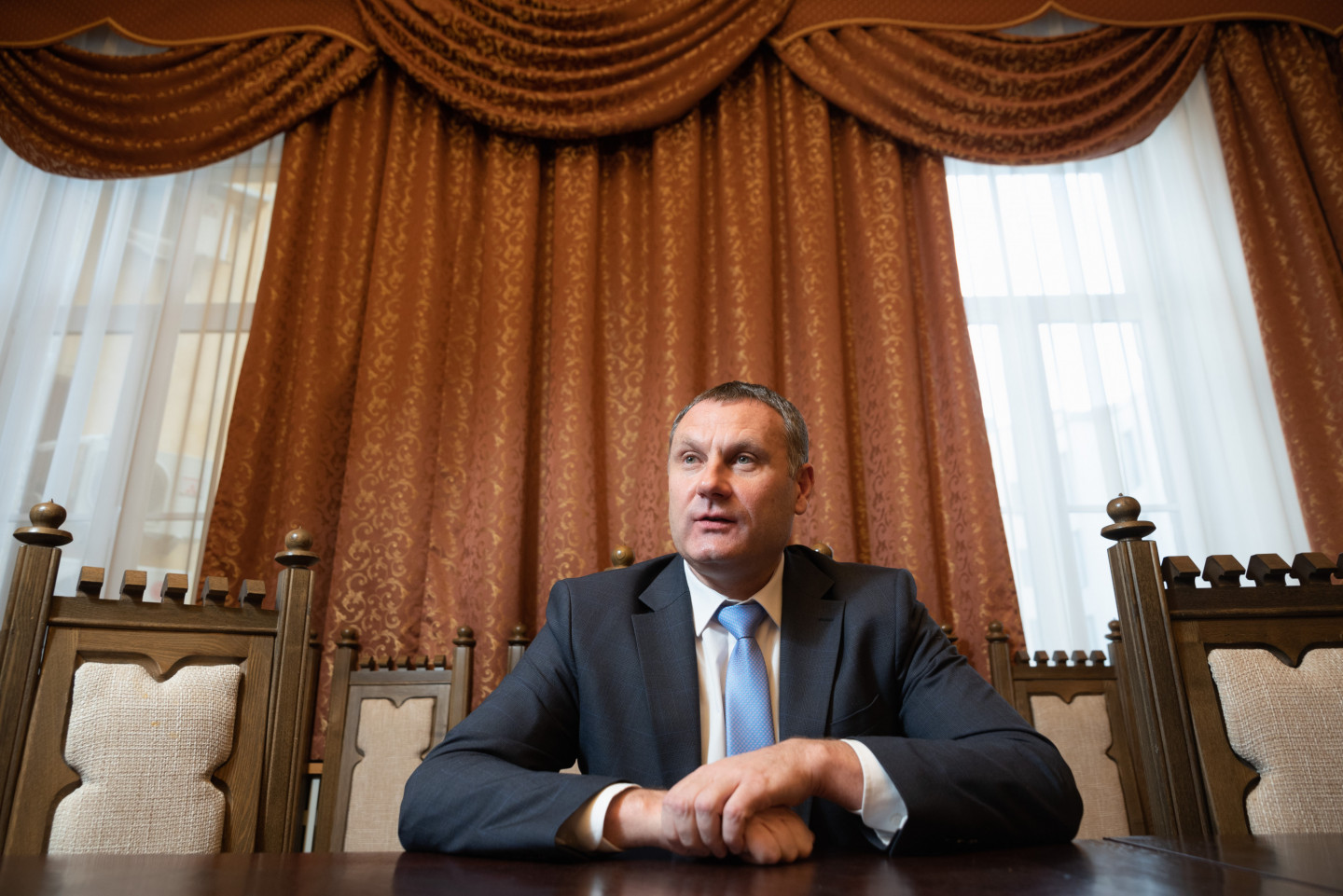 PROSECUTOR GENERAL JURIS STUKĀNS reminds that the property belonging to the state will have to be recovered by the State Revenue Service; it can also be sold by a bailiff ©Vladislavs PROŠKINS, F64 Photo Agency

How can you take what you haven't received? Can you give away something you don't have?

But how could the situation reach this point?

Don't ask me that. I don't even know where I was working at the time.

At the Riga Regional Court.

Well, then at the regional court. Consequently, I have not stood by that Meroni case! I haven't even leafed through it. I can't answer you. But if we are talking about assets, about companies that are not registered in Latvia - well, sorry, something cannot be arrested in Latvia without notifying those outside Latvia. Meroni, as far as I know, he was the director [of those firms] during [Aivars] Lembergs' time, and then also afterwards, and that's it. But responsibility or guilt must be found in regulations. There must be an appropriate legal basis to ensure that the decisions taken are properly enforced. We can make any decisions, but we must ensure that those decisions are enforceable.

You have appointed one of the prosecutors in this Lembergs case as Head Prosecutor, Mr Juris Juriss.

Yes. Very highly qualified, knowledgeable prosecutor. He was one of the first in Latvia to study money laundering, he defended his doctoral dissertation in this field.

He is a lecturer in criminal procedure issues. He is currently tasked with coordinating the development of understanding these issues in all structural units of the prosecutor's office. We have positive results. The number of criminal proceedings initiated in connection with money laundering is progressing. If there is a case of bribery, then in almost all cases there must be an article on money laundering. Because the bribe-taker is only rarely caught at the first bribe. He does this for a period of time, and investigators need to have the knowledge and understanding to be able to identify property that has already been legalized and looks outwardly legal. Juris Juriss is one of the most knowledgeable in this field, and we were also told by foreign experts that we do not fully understand the types of legalization. He has been working on it. I am pleased that he is doing his job well.

Yes, but going back to the seized property. Juris Juriss has made procedural decisions regarding this property.

Yes, he did, but in what year was it?

He also became smarter, gained experience. However, the court at least partially accepted the prosecution's position regarding Mr Lembergs' criminal activities. If [Lembergs] were fully acquitted, the reasons for acquittal would have to be assessed. There will be a second instance. He can still be fully acquitted. The case may be referred back to the third instance [for reconsideration], indicating errors. Now to say that we can see obvious mistakes or incompetence of prosecutors in that case - at the moment it does not follow from the case materials. The fact that it could have been done better or differently - well, hindsight is 20/20.

Because the shares are probably registered with other companies or other natural persons who are not involved in the criminal proceedings. If the person is not involved in the criminal proceedings, how can we arrest the shares? This is an additional aspect of democracy. The concept of “true beneficiary” was not known in Latvia before. If we look at the Lembergs case, he has been much smarter and faster in pursuing his interests, using a variety of new tools to manage his assets. Everyone is smart now because that is no longer such a novelty. If he actually gets this benefit through five or six companies or through one company, it is no longer recognized as something incomprehensible or illegal. It is legal if there is no doubt that they are legal means.

The main question is - can the Latvian state recover these funds at all? Everyone is just talking about the seized property and that it can be confiscated, but it turns out that all this is no longer recoverable?

Why is it not recoverable? All the execution related to the state property is performed by the State Revenue Service. If we are talking about the representation of the respective interests to a certain extent, it can be done by the same bailiff, selling the confiscated part and adding the obtained funds to the budget.

Yes, but who will buy the shares where only the rights of the true beneficiary can be seen? The buyer will say - show me the documents, give me the shares, share certificates, then I will consider buying.

I didn't mix it up, because Latvian companies also have...

There is no point in us debating because then I should take the case file, study the case. These are already details.

Maybe some prosecutor really should look into the specific section of this case about the seized property?

Here, too, competence is divided between us. Once a case has been brought to court, we can do nothing about it. The facilitator of the process decides on the further progress of the case. In a situation when a property is seized, when it reaches the execution stage and it is established that there is no relevant object or property or right, then everything ends there. Then you can work on finding out where it all went. If we are talking about the seizure of a company or its shares, or the rights of the true beneficiary, not only in Latvia - this is a very theoretical, as they say, assumption. The company is alive. The company is working. If we do not allow the company to work, then it goes bankrupt, it ceases to exist. We cannot impose an obligation to maintain a company until the courts spend a long time ruling on guilt. A company is a living organism. It works, and it may be that the company no longer exists at the time the judgment is given or enforced. Discussions on asset management have been initiated several times in the Ministry of Justice. Unfortunately, to date, Latvian law does not regulate how to manage shares or rights in companies involved in criminal proceedings. That's it.

The final part of the interview will be published in the next issue of the newspaper.