Lawyer Juris Rudevskis: The psychological situation in Latvia can be compared to a gulag camp

"The psychological situation in Latvia can be compared to a gulag camp. The prisoners are demoralized and, of course, they do not trust the camp guards. But if the guard of the camp tells you "Look, this man is stealing bread from you," then the other prisoners jump on him and tear him to pieces. This is currently happening in Latvia,” Juris Rudevskis, a Latvian lawyer living in France and a doctor of law, describes the current situation. Today - an interview with Juris Rudevskis.
04.11.2021. Elita Veidemane 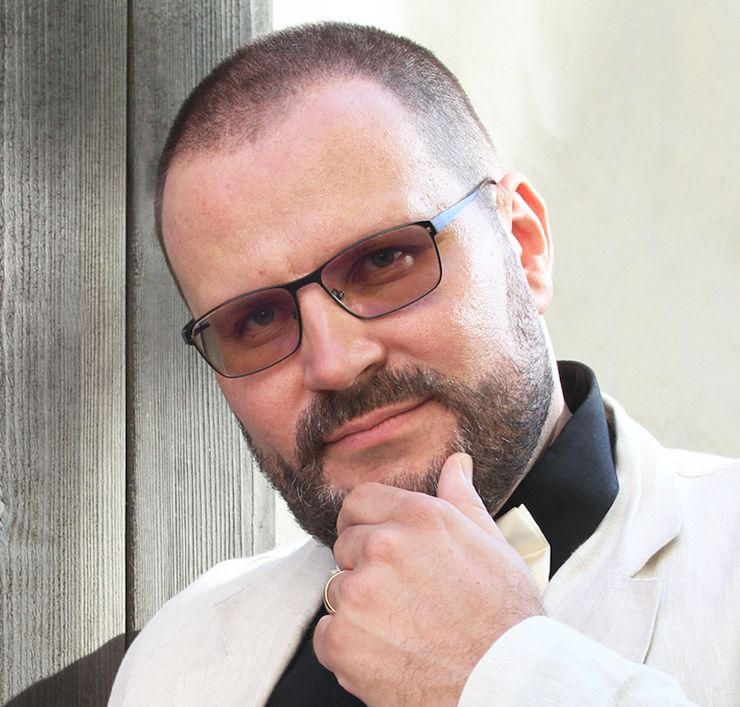 As an outside observer, you will definitely have your own opinion on what is happening here in Latvia.

I am watching what is happening in Latvia and elsewhere in the world. The situation can be described in one word - madness. There are countries where this madness is almost not felt, there are countries with higher or lower level of madness, but in Latvia, this madness is really high. What do you think people ten years ago (not to mention the Awakening times) would say if we showed them what was happening today? They just wouldn't believe it. They would think it was some kind of hypertrophied and completely crazy parody of Franz Kafka's works. At some points, Kafka simply "rests", he is defeated by today's reality...

In some moments it is so. However, no one could have imagined that we would live in a society in which a person's personality, that is, a person as a whole, will be judged by his consent (or disagreement) to inject some kind of fluid into his body.

In this case, it does not matter how scientifically justified (or unjustified) it is from the point of view of current scientific knowledge, as scientific data is constantly changing and evolving. I leave this question to scientists.

But let's think how scary it is: a person's civic and professional loyalty is increasingly measured not by trust in the free Latvia, the Latvian language, the red-white-red flag - the values ​​and ideals for which Latvian riflemen fell and for whom people stood on barricades in 1991 - but by whether he allows himself to be injected with some medical substance without asking any unnecessary questions.

That in itself sounds awful; until recently I thought - something like this can only happen in dystopian fiction novels and movies. If we have allowed this, then what will be the next thing we will allow? Unfortunately, the potential of the absurdity expected of people should never be underestimated…

Not everyone agrees with the absurdity.

People who challenge the order of things or even try to ask constructive questions are automatically declared "enemies of the people".

Yes, there is even a whole list of such "enemies".

Such people are increasingly recognized as "pariahs", "untouchables", who are excluded from society and with whom no meaningful conversation is possible.

It is even more dramatic. Who would have imagined that, for example, Australia would very quickly and with the tacit consent of the majority of the population become a de facto totalitarian state? Let me remind you that Australia has historically belonged to the Anglo-Saxon legal system, so Australians have a culture of English law - with the Magna Carta, with an awareness of their rights.

But last year, the world was shocked by the news of Australian police officers walking around people's homes and arresting them for critical social media entries. Recently, Melbourne police stopped people with coffee glasses in hand on the streets and told them to show the level of coffee in the glass: are you really drinking, has the mask been removed justifiably?

But what is really happening in Latvia? In my opinion, the same is happening all over the Western world.

This is very different in different Western countries; even in the United States, there is a huge difference between states in this regard. However, in Latvia, all this happens in a hypertrophied form, even compared to Lithuania or Estonia.

If we look at it on a global scale, then this is what is happening: decivilization. Take note: not just the collapse of civilization (which many in Latvia have talked about here), but decivilization. It is something much deeper and more fundamental. Decivilization takes place primarily in people's consciousness and only secondarily it is reflected in society in general: politics, economics, social system… As Professor Preobrazhensky said in Mikhail Bulgakov's "Heart of a Dog": "Разруха не в клозетах, а в головах" (The rack and ruin are not in the bathrooms, but in the heads - in Russian).

It must be understood that civilization is primarily in our heads and only then do we build it all around us. The process of civilization in society corresponds to how a child and an adolescent grow and mature (I mean, of course, a normally developed child who grows up under normal conditions and not Mowgli). The child grows and develops, so does society. The opposite of growth, in turn, is infantilization; at the level of society as a whole, it corresponds to decivilization. Civilization, both in the head and in human society, is made up of two basic criteria: self-control and the ability to plan for the future.

What do you mean by self-control?

If a capricious child is not given what he wants, he yells, kicks, throws toys. As he grows up, he realizes that it is counterproductive, and he gradually learns to control himself. He understands that conflicts should not be resolved by punching the other in the face or cutting his throat, but by forming a dialogue. In order for dialogue to take place - in the broadest sense - various structures of society are formed: chieftains, kings, parliaments, presidents, governments, courts, and so on. If the Saeima passes a law, then it is also a step in preventing conflict: here is one problem that can generate conflict in society, so the Saeima passes this law.

And what is happening in Latvia with forming a dialogue?

Unfortunately, the opportunities for dialogue here are almost completely destroyed. We have reached a situation where an open and meaningful conversation on issues important to the country, including vaccination, has become impossible. If a person tries to ask a question or, God forbid, expressly disagrees with one or another prevailing view, he is automatically declared an agent of the Kremlin and Putin. And that means that dialogue is not possible, because you cannot have discussions with an enemy agent!

This situation has also been exacerbated by the Covid epidemic: anyone who either disagrees with the prevailing view of the Covid vaccines currently available or asks inconvenient questions in this regard is immediately declared an anti-vaxxer. In this context, this is an absolutely misleading name: anti-vaxxers are those that, on principle, do not support vaccination at all, rather than one particular vaccine.

In this case, we are once again seeing how powerful and potentially dangerous a tool our language is and how society can, in a matter of literally a few months, latch on to skillfully thrown false terminology like a fish on a hook. Someone throws out the word - anti-vaxxers - when talking about Covid skeptics, and thousands of others, without even thinking, automatically start singing along the choir. And if your opponent is an anti-vaxxer - that is, a crazy person, wearing tinfoil hats - then no dialogue with him is possible.

In my opinion, this is a typical form of dehumanization of opponents. History shows us how effectively language can dehumanize another person. One extreme but instructive example is the infamous Unit 731 in which the Japanese conducted horrific medical experiments on living people during World War II. Officially, these victims were called Maruta - logs - which, among other things, allowed doctors and sanitary workers to calm their consciences. Indeed: it is one thing to cut and torture a living person, but quite another - just to cut or saw a log... Unfortunately, most people do not learn from history.

You mentioned the structures that should form the dialogue.

If we talk specifically about state structures, the conclusion is tragic: there has never been such a level of alienation between citizens and state institutions in the history of Latvia. In early 2017, Vija Beinerte published an article with a glaring headline: "How can the government behave like occupiers in its own country?" If she already asked such a question at that time, then what can be said about the current situation?!

One important thing needs to be clarified. Over the last few weeks, I have read the following statements on social networks several times: “In Western countries, people are smart; they listen to their government and do what the government tells them to do without grumbling. We mistrust the government, and that is because we are still Soviet-like. We will only become true Westerners when we learn to trust the government fully.”

But this is a completely wrong view! First of all, according to this logic, the most Soviet-like states are the US conservative states (Texas, Florida), but the most Western country in the world is North Korea: there people do not even think to question the decisions of the "dear leader" Kim. Secondly, most Western European governments still maintain high-quality feedback from the public - unlike in Latvia.

In a free, democratic state, constructive mistrust of state power is normal. It is normal for citizens to always keep an eye on the public officials and demand a report on all decisions and on every cent of taxpayers spent by the state. The problem is not mistrust, but alienation. From the citizen's point of view, state institutions and officials look almost as foreign as the guards of the gulag camp in the eyes of the prisoners. Incidentally, this is also proved by civic passivity: people no longer really believe and do not expect to be able to achieve a significant improvement in public policy by electing other politicians in the next elections.

How does this alienation manifest itself? I will continue the analogy with the gulag. The psychological situation in Latvia can be compared to a gulag camp. The prisoners are demoralized and, of course, they do not trust the camp guards. But if the guard of the camp tells you "Look, this man is stealing bread from you," then the other prisoners jump on him and tear him to pieces. Because there are no more stable points of support in their consciousness; they no longer know what to believe and what not, and they are easily guided by fear. That's how it also is here: people can sit in their kitchen and curse the ruling coalition, but when the government shouts, "Look, here's the enemy, the unvaccinated anti-vaxxer, the Kremlin servant!" - everyone will attack him.