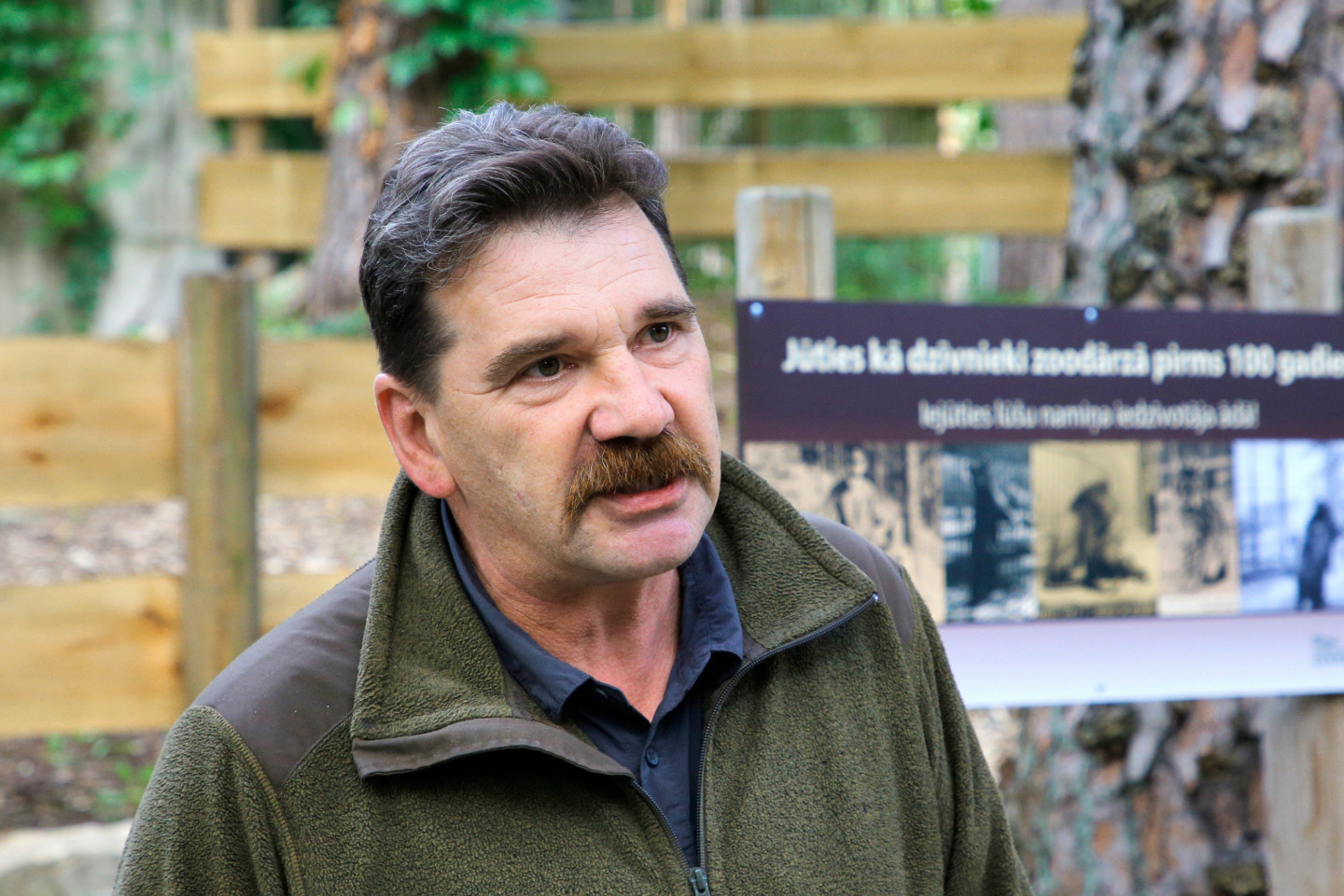 Unpleasant news is coming from the Belarusian border - in order to prevent the uncontrolled entry of Iraqi and Syrian refugees into the territory of Latvia, a temporary barbed wire fence has been installed on the border. But now forest animals get entangled in wires and die.

This tends to happen anywhere there are fences. One example is the fence in the middle of the highway near Berģi, which the animals can't cross. There are often cases when an animal runs to the fence, gets confused, tries running back and dies under the wheels of a car.

That's what happens sometimes with fences in Latvia. There must be fences on the sides of motorways that have been built with European money. But the poles are rotten, the fence has collapsed, and those are also animal traps. Any fence, if constructed without due consideration, is a trap for animals.

How much damage is done by the fence on the Belarusian border?

Only border guards can probably answer that. As far as I know, the media can't get inside the border area either. It has been said that two elk have died in those wires. We do not yet know how true this information is.

Large-scale construction of the Rail Baltica railway will soon begin in Latvia. How will the issue of animal movement be addressed there?

The Rail Baltica project is perfect - every three or five kilometers there is a tunnel or bridge over the railway.

It is very important that populations are not isolated - that animals can move, that they don't keep mating within a small group all the time. This is very important for the genetic sustainability of the species.

By the way, it was once planned to build a fence on the Belarusian border to protect Latvian wild boars from swine fever. However, this argument to prevent the isolation of populations was the main reason why the construction of the fence was not started at that time, considering that it was important to maintain animal paths and ensure a healthy population.

It's not so much about whether there should be a fence on the border, but about what kind of fence it should be - temporary barbed wire or something else.

And isn't there really a way to make this fence scary for animals? After all, there are countless methods - strings of light bulbs that flash from time to time, maybe silvery ribbons that reflect light, and more. Has anything like that been tried?

Has Interior Minister Marija Golubeva or the fence installer sought the advice of specialists?

There is also the problem with glass - on bridges. If it is too transparent, birds will crash into it.

But there at least some goodwill is shown - stickers with pictures of birds of prey are used, the glass is tinted.

There is also such a problem in the zoo, and we use all kinds of decors - adhesive films. People do it, at least are trying to do it. But with the Belarusian border fence, no one seems to have even tried to think and do anything.