MP Armands Krauze: Kariņš should lead the country, but he obviously can't 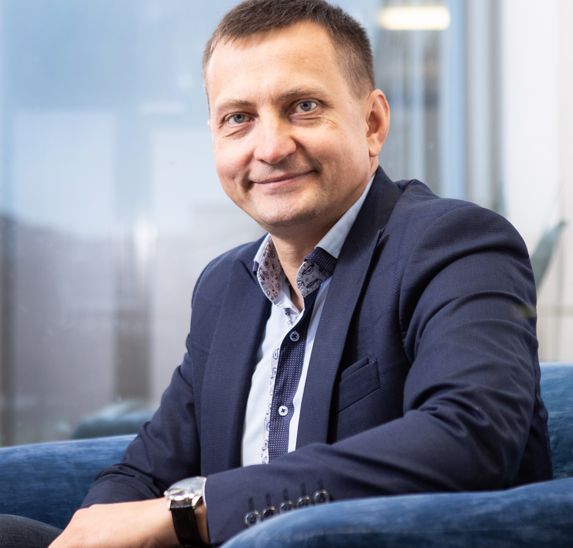 The government has agreed on the priorities for next year's state budget. How would you comment on them?

A lot of unearned money is spent in the budget. And public debt has increased enormously. Of course, entrepreneurs and many groups of people need support, but there has been a lot of pointless actions in the fight against a pandemic, such as the fact that you could go to the supermarket and buy bread but children's toys on the adjacent shelf were prohibited from being sold. As much as possible, people should be allowed to earn, but many of the restrictions do nothing to limit the spread of the virus, but they do destroy the national economy profoundly.

What is the point of a curfew if most people anyway go home in the evening? And shortening the opening hours of stores even helps the spread of Covid - people are in a hurry to buy something, stand in queues, spread Covid and catch other diseases, freezing at the store entrances.

As a result of such nonsensical government actions, people are not allowed to earn and huge, borrowed funds are being spent, which will have to be returned by our children.

At the same time, the promises are still not fulfilled, the salaries of doctors have not been increased as promised.

Daniels Pavļuts (AP) remains the Minister of Health, even though medical organizations have expressed distrust in him...

Obviously, it does not matter here what an individual minister does or does not do. Political agreements are more important - I will scratch your back if you scratch mine - and the government will try to stay in power as long as possible. I do not think that Pavļuts is the only one responsible. Prime Minister Krišjānis Kariņš (JV) is more responsible for what is happening - he has to lead the country during the crisis, but he obviously can't.

The upward trend of Covid has stopped and turned downwards. Currently, vaccination rates have also increased. So, is it for good?

It is already clear to everyone that immunity can be obtained in two ways - either by vaccination or by recovering from Covid. Whichever one chooses. The state should provide a sufficient amount of vaccines in the first case. In the second case - health care, so that a person can recover either at home or in a hospital. In both cases, antibodies are formed in the human body and Covid does not spread further for at least some time. However, Kariņš's government was initially unable to supply vaccines to anyone who wanted them. And now, despite a lot of time and money to prepare, the government is unable to provide adequate health care to those who are ill. It turns out that most of the huge money at the government's disposal was spent on all sorts of other things - construction, but not new beds.

Of course, vaccination is the simplest and most appropriate way, but if someone chooses not to vaccinate, it is their human right and their right to freedom. However, our country is currently restricting freedom and moving towards totalitarianism. How else can you call it if an unvaccinated person is restricted to the extent of even preventing an official from working remotely from his home?

How do you predict the future processes in the economy?

Even the brightest economists in the world can't really predict anything, but there are some things that are obvious and worrying.

At present, Latvia has spent three billion to overcome the pandemic and its consequences. Much has gone to support and benefits in the economy. Three billion is about 10% of Latvia's GDP. The whole of the European Union has also spent huge sums of money on the pandemic - 11% of EU GDP or 1.6 trillion euros. It is an astronomical amount that has no real cover. This was necessary because countries cannot stop the economy.

But the government did not say that the result could be inflation. This time it will not be in one region, but all over the world, because everywhere the economy has been slowed down and money is paid out in benefits. We are currently seeing rising prices for energy and almost everything else. Currently, the minimum wage is 500 euros, but it may happen that in a few years even 2000 euros will seem very little. These will also be challenges... I am afraid to imagine how such challenges will be dealt with by the political forces that are currently in power and have proved their inability by failing to curb the spread of Covid.

Right now, there is one topical problem on the border with Belarus, where forest animals are dying by getting entangled in the barbed wire fence.

This is nonsense at the highest level.

It was planned to build a normal fence with barbed wire only at the very top. However, it turned out that there was a lot of litigation, fighting and the state's refusal to use the services of one company involved in the builders' cartel case. There is now a barbed wire mesh instead of a fence, which is called a "temporary fence". Another company has applied for and won the new procurement, with which there are also oddities. This company supplied face masks, and these deals cast a very dark shadow.

I think that there is also a great deal of negligence on the part of the current Minister of the Interior, Marija Golubeva (AP) because she had the opportunity, if not to put on a so-called temporary fence for the time being, then at least consult with environmental experts on how to make the animals understand that it should not be approached. I don't think this would have cost all that much. But now nothing has been done.