MoE Jānis Vitenbergs: As a country, we have no reason to feel guilty about polluting the world

"Our politicians, who represent Latvia on the international stage, should not insist on imposing additional obligations on Latvia, because we are in a good position if we judge by the already existing requirements of the green course. We should not be obliged to make commitments that are impossible to meet. Otherwise, it will be like the story where the farmer wanted to teach his horse how to survive without eating and drinking, but the horse did not learn and died," said Minister of Economics Jānis Vitenbergs (NA), assessing Europe's latest excesses in implementing the green course.
22.11.2021. Elita Veidemane 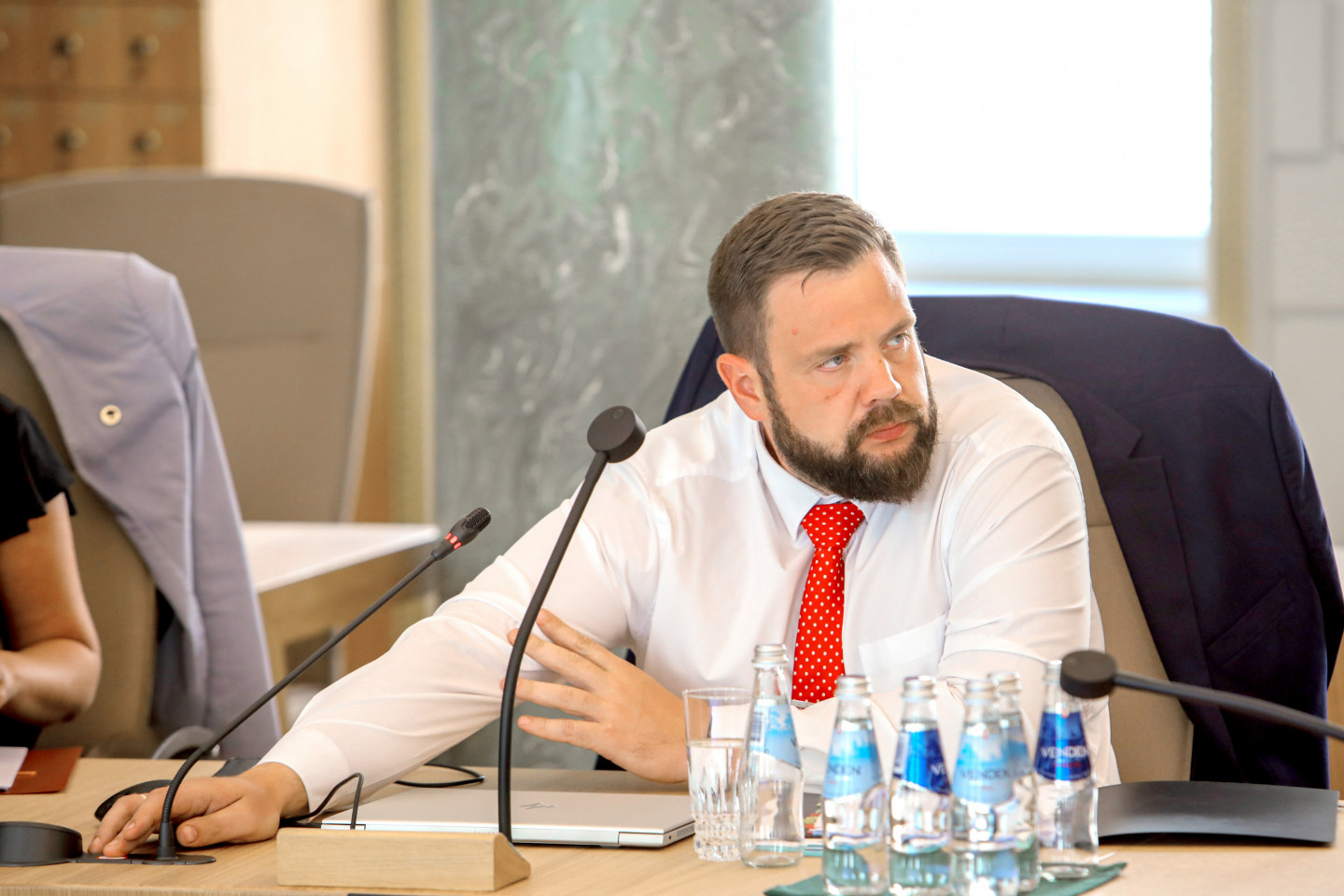 I read your opinion piece in which you said, among other things: "The sugar quota system imposed by the European Union in the name of market interests led to the closure of Latvian sugar factories. In the name of the Baltic Sea fish population, the EU catch quotas are leading to the cutting of Latvian fishing vessels." The whole point of the article was that you do not, in fact, support the green course - when it's implemented wrong.

Everybody is fighting Covid now, I want to believe that this will end one day. But the course that the European Union has set us is not going anywhere. The previous demands that were made of us are being reviewed.

But what does this green course really mean? Eliminate industry, move back into caves?

It won't be that radical, of course.

There is a set of documents, a vision, and the overarching goal is to achieve climate neutrality by 2050 by meeting the strategic objectives set out in these documents. The aim is to emit only as much as nature can absorb. We must act green so as not to have a far-reaching impact on the climate. The aim is to promote the creation and commercialization of green technologies, products, sell them to the world and make money from those sales.

As a country, we have no reason to feel guilty about polluting the world, and we have already done enough: we are in the top three European countries for renewable energy. Moreover, the target for electricity is 55%, and we are already producing 53%. The biggest benefit comes from hydroelectric power. In the 1990s, we had coal, fuel oil and gas for heat, but we have moved on - we are almost 60% using wood chips.

Now the targets are being revised, but our politicians, who represent Latvia on the international stage, should not insist on imposing additional obligations on Latvia, because we are in a good position if we judge by the already existing requirements of the green course. We should not be obliged to make commitments that are impossible to meet. Otherwise, it will be like the story where the farmer wanted to teach his horse how to survive without eating and drinking, but the horse did not learn and died...

When I talk to entrepreneurs, I feel that the green course and digitalization makes them nervous, but they also need to understand that it is an opportunity to buy more energy-efficient equipment and develop their own green energy production. This is the right direction, but there must also be the means, which are not always available.

Many people talk about the ecological footprint that every industry and country leaves on the environment. For Latvia, I think that the footprint is quite small.

As I said: we have almost achieved the existing targets. In Soviet times, the industry was concentrated in city centers; today there is no such thing, because we no longer have emission-generating industries, and coal is no longer used for heating. We use mostly wood chips. The fact that the direction has been the right one is best felt by those municipalities that use wood chips for heating.

It should be added that in the next funding period, impressive sums will be allocated for the insulation of houses and for improving the energy efficiency of businesses. I would therefore advise people not to be hasty and start waving flags unnecessarily...

It seems that those flags are also being waved unnecessarily about electric cars: I would like to see the crowds that will rush out to buy these cars, which cost insane amounts of money.

There is a social aspect to this. There is no supply on the market to make people want to buy these cars. I have spoken to entrepreneurs and they say: what is the point of buying a bus that costs 80,000 euros but can drive only a couple hundred kilometers in one go? It will not be the case that someone will snap their fingers and the next moment everyone in the country will be buying electric cars. Of course, there is a part of the population that is capable of buying such cars, and as time goes on, the supply will expand and the charging network will improve.

How efficient are wind farms?

They are efficient when the wind is blowing. When it isn't, other forms of energy have to compensate. Then both solar panels and water are needed. At the moment, households are much more actively installing solar panels. If we are looking for energy solutions, they must be compact and self-sufficient, so that the country's population does not have to pay extra on every electricity bill.

You promised to reduce the share of OIK in these bills.

Many countries have this type of payment. But here, it is built on a crooked foundation. There have been many scandals over OIK, which have eroded public confidence in green energy. We want to put the basis of these payments in order to put an end to the unscrupulous practices of energy producers in receiving state aid.

That is true. For example, Estonians have recently taken the decision to reduce the distribution and transmission part of their electricity bills during the winter season. We are also preparing such a proposal for discussion in the government. This would be a support that both households and businesses would feel. We took the first steps regarding low-income and large families, people with disabilities. If we can reduce the burden of OIK and distribution costs, this will already be a great success.

Now, about a completely different matter. Why are Christmas markets banned? Did the Ministry of Economics think this up? Or is this stupid decision once again coming from the State Chancellery?

There have been long discussions on this topic... There were objections about Christmas markets, that they are places where music plays, people gather and drink mulled wine. The Ministry of Economics was again in opposition to the others. There are a lot of people who work at home and for them the main month for sales is December. A great many craftsmen and home producers have approached me personally. Just last week, we met with the Latvian Association of Local and Regional Governments and representatives of municipalities and market organizers, and we found a solution for safe trade. We have a solution to offer the government.

These gatherings can, after all, be regulated with the usual restrictions - not just banned, banned and banned all the time.

Of course, they can be. And we have such a regulation ready. There is a really large group of these small entrepreneurs who need these markets. And the public also longs for the feeling of Christmas. These markets are a matter of public peace and well-being. Many people knit socks and gloves for six months, only to sell them all in December, because nobody is going to buy them for Midsummer. Craftspeople and small businesses are cooperative, they are coming up with ideas so that markets can take place in a safe environment. I have no doubt whatsoever that this can be done.