As NATO foreign ministers gathered in Riga this week, they discussed both the tense relations between Russia and Ukraine and the possible military conflict, as well as the adaptation of the Alliance's strategic concept to the new situation in the international arena.
03.12.2021. Jānis Lasmanis 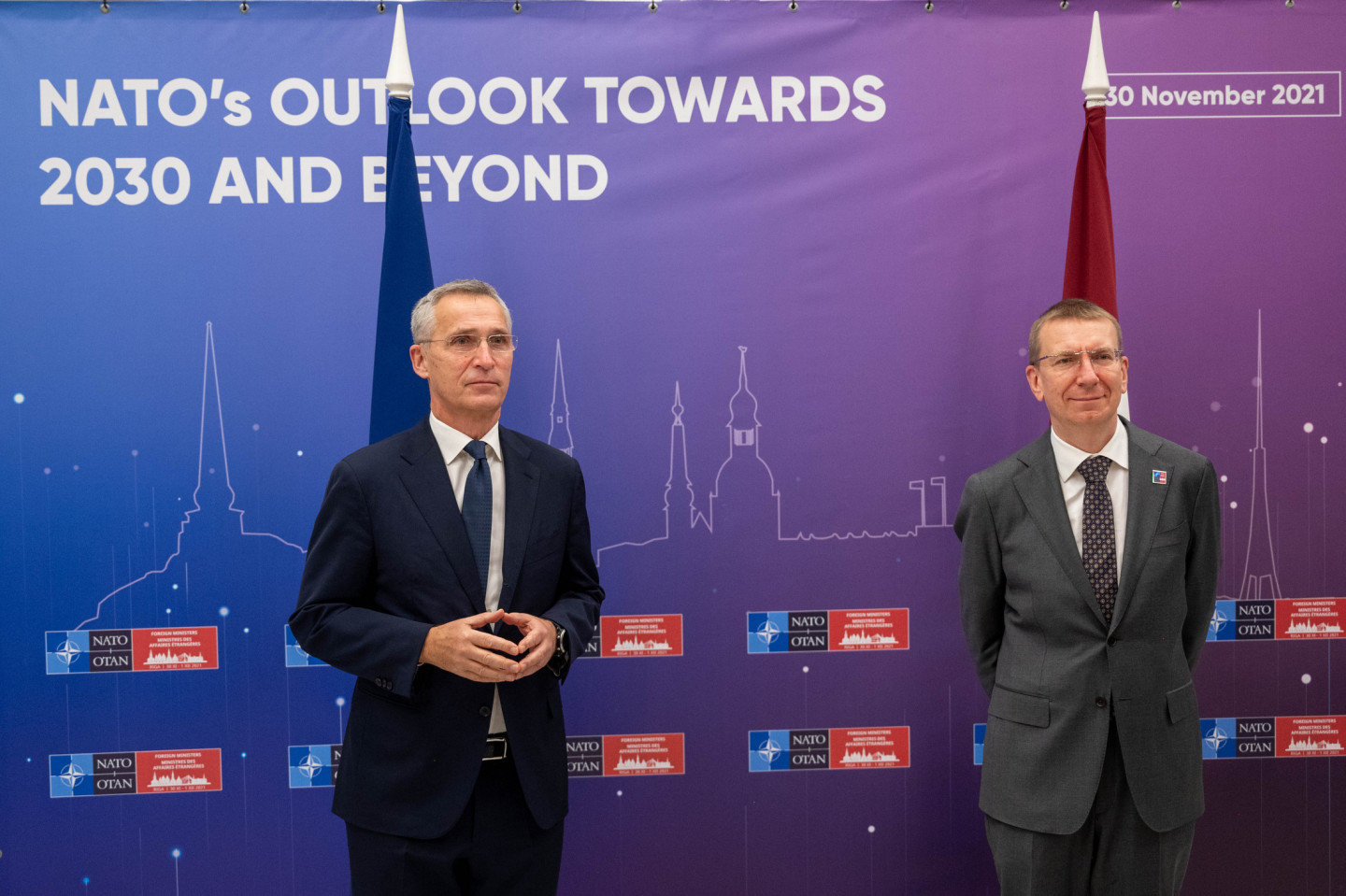 Latvian Minister of Foreign Affairs Edgars Rinkēvičs believes that the outlining of the new strategic concept was one of the successes of the meeting. At the same time, Russia has also been given a sufficiently clear signal of the price it will have to pay if it turns to aggression against Ukraine.

In the context of the threat of hybrid war, the Ministers of the Member States also discussed developments on the Belarusian border, but the NATO Member States involved in this problem are for now handling the difficult situation fine on their own.

What do you think of the outcome of the meeting of NATO Foreign Ministers - what was determined, clarified, achieved?

The outcome of the ministerial meeting was good, we had a very good discussion and quite a wide-ranging discussion on what should be in the new NATO strategic concept. NATO's core function must be the highest priority, resources and efforts must be devoted to it. There was a discussion that the new concept should outline NATO's counteraction to hybrid attacks - cyber-attacks and the exploitation of migration, as the Lukashenko regime is currently doing. Or the use of energy instruments to achieve political objectives. There was also a consensus on the need for the Member States to work more closely together and to develop a common position against China. We also discussed the fact that NATO's doors are open to those countries that wish to join, provided, of course, that this is agreed by NATO members, that the candidates meet certain criteria and that this contributes to the security of the alliance.

There was also a good discussion on the lessons learned from the operation in Afghanistan. The NATO Secretary General had prepared an analytical report on what was positive about the operation and on things to take into account for the future - knowing how the takeover of power took place rapidly throughout the country in August.

For the first time in three years, we also had a conversation with the foreign ministers of Ukraine and Georgia. Of course, we talked primarily about the situation in Ukraine. Our Ukrainian colleague outlined what the Ukrainian Government's analysis is, what is happening at the moment and what exactly they expect from the West.

How realistic do you yourself think is the possibility of armed conflict in Ukraine in the foreseeable future?

We cannot rule out any scenario. Before 2014, before the occupation of Crimea, it seemed impossible that in the 21st century one country could occupy and annex territory belonging to another country, but the events of 2014 show that any scenario is possible.

In 2012 and 2013, many would have said that events in Crimea were impossible, but now we are seeing quite a large concentration of Russian forces, harsh rhetoric being used by the Russian officials. We see that Russia wishes to stop the Ukrainian reform process at all costs, its preparation for eventually closer ties with NATO and the European Union. There is also a desire to create permanent instability in the country itself, weakening it and thus forcing it to abandon its security and foreign policy objectives.

There are many possible scenarios here and we must therefore be prepared for different developments. There is a huge difference between a NATO member with guarantees and a non-member without military guarantees.

If the political and economic cost [of a potential armed conflict] is to be increased, then the European Union, the US and other like-minded countries must work closely together. And that was made quite clear, there was not much disagreement.

But those who think that Ukraine has NATO guarantees - in the sense of Article 5 of the Treaty of Alliance - are mistaken.

After the summit, there was criticism that too little attention was paid to the problems on the Belarus-EU border. Is NATO the organization that is rightly criticized in this context?

No! Firstly, I would disagree that too little attention has been paid to this problem, it has been discussed in the context of hybrid warfare. This type of problem will also be analyzed in the preparation of the strategic concept.

It is, of course, not only the European Union's border but also NATO's border. And it has already done enough before this meeting, both by analyzing various types of information and by sending hybrid warfare specialists to Lithuania. NATO has had a hybrid warfare strategy since 2015, which is not incorporated into the strategic concept because it was not a topical issue when it was approved, but it says a number of important things and it is a situation that is being developed.

But I think that people are forgetting one fundamental thing that I am trying to remind them of: the Member State itself must do everything possible to prevent or mitigate the threat of a hybrid attack. We often hear talk of calling for Article 4 consultations, but we will call for concrete action when we see that we can no longer handle it on our own. At the moment, Poland, Latvia and Lithuania all are in control of their borders. But that does not mean that we are not talking about this issue.

It is up to the Member States themselves to formulate what they need to tackle this issue.

At the same time, there was a discussion about what we need to do to strengthen our security. There are specific tasks for the structures.

Let us remember when we call on our allies to help us, that defense is our own primary responsibility. The allies have already done enough - they have been on exercises, and the NATO Battle Group is in the Baltic States.

The situation is now quite difficult, but manageable. If there is an escalation, there will be an appropriate action. We also have to work ourselves, because strengthening border infrastructure is not NATO's responsibility.