MoFA Edgars Rinkēvičs: If the police exceeded their powers, there is no doubt that a case will be opened, investigated and judged

Interview with Edgars Rinkēvičs (JV), Minister of Foreign Affairs of the Republic of Latvia, on the events in the Netherlands, the police action against protesters, and the emotional and moral consequences of Covid here in Latvia.
06.01.2022. Elita Veidemane 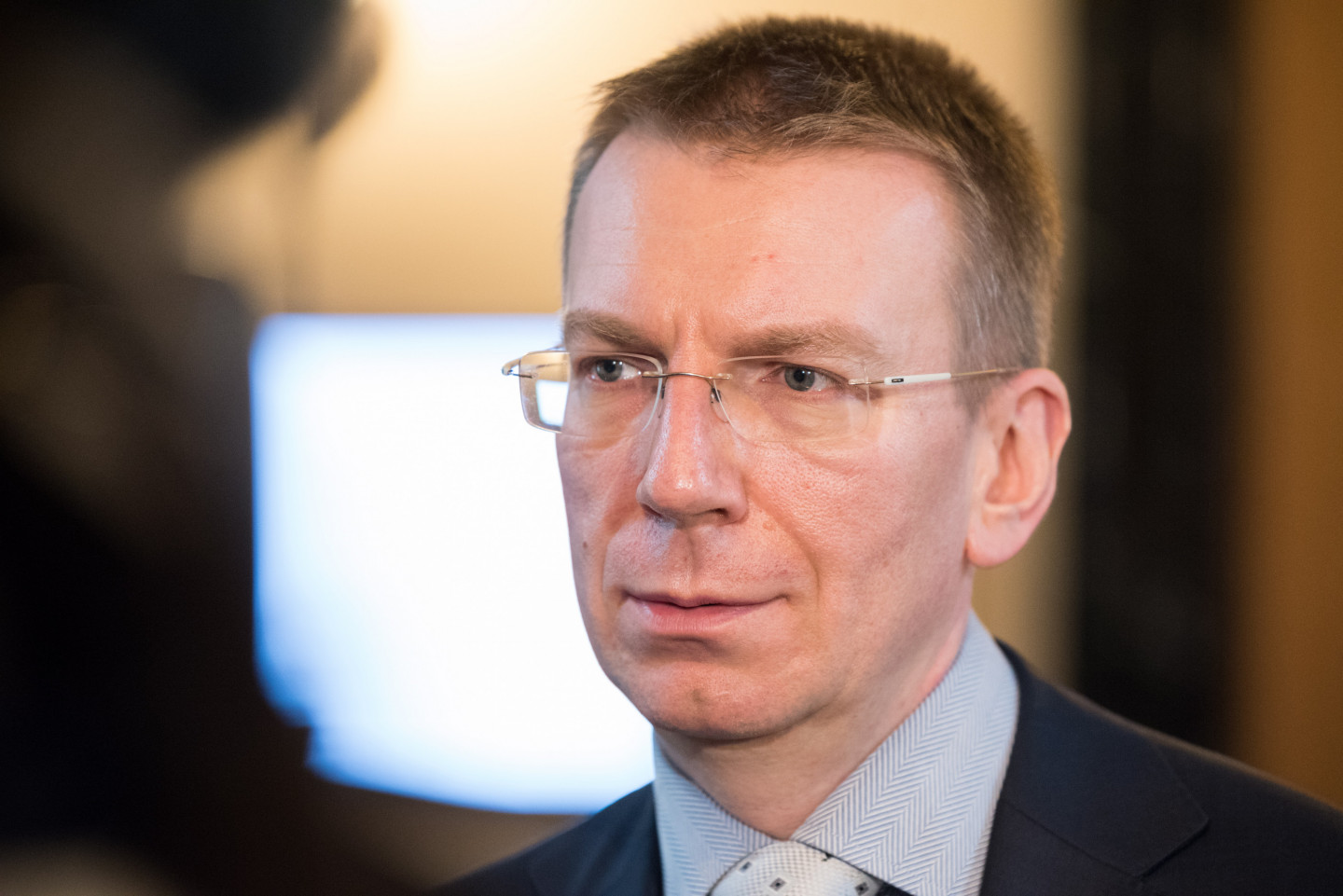 I understand that you, too, have seen the video of the shocking violence against demonstrators in the Netherlands who had marched to protest against Covid restrictions. What would be your comment about that?

What we see on social media requires a deeper analysis in a broader context. In our polarized life, where opinions tend to be very sharp, people often choose strong comparisons. When the police target citizens, such scenes are often compared to what is happening in Belarus or Russia. However, there is one huge difference: the Netherlands has an independent and strong judiciary, and if the police have really exceeded their powers and there are really grounds to bring a case, I have no doubt that it will really be opened, investigated and judged.

We have seen similar scenes from France, Germany, Spain. Given the principles of the independence of the rule of law, we first want to see what action the judiciary will take.

Perhaps many have missed one thing. Since 2019, every EU Member State, including Latvia, has been going through the rule of law analysis procedure. The EC prepares a report on each Member State and they have the opportunity to ask questions. There will be such a report on the Netherlands, it is just not known when. By then, it will also be known what the reaction of the Dutch judiciary will have been. And then we will know: whether this is an issue to be raised or not.

Such scenes are, of course, emotional. But I have to go by the facts. As I do not have all the facts at my disposal at the moment, I cannot make any rash statements.

Covid is not the cause or the reason for this. Covid has ripped open the long-standing problems in our society and in the whole of Western European society. Radicalization can be seen. Perhaps people feel that their voices are not being heard in the normal democratic process, which is why demonstrations often turn violent. Think of the "yellow vests" in France.

I do not want to make any rash statements, but in some of the footage, you could see protesters in the Netherlands attacking police officers quite violently. But the police have power, and the use of force will always be analyzed by everyone, and that can create an additional emotional strain - that is a fact. However, the police often have to react harshly in order to contain the protests.

That is why, in any country, whether it is the Netherlands, France or Latvia, there must be an impartial investigation after such events. The facts must not be hidden. That is the difference from totalitarian countries.

Latvia, by the way, is mentioned with a positive note precisely in the context of the rule of law: our police have more often than not acted in a very professional and cool-headed manner.

At a time when many people's freedoms are being restricted for objective reasons - and we are discussing this a great deal - the authorities must act decisively at a moment's notice when there is a riot. However, power must also be cool-headed, and I am pleased about our police in this respect.

But such protests are likely to become more and more frequent because the authorities often impose completely ridiculous restrictions that make little sense.

In October, we discussed restrictions at the Crisis Management Board, and only excerpts of the eight-hour discussion were made public... Many expect the government to take decisive action to contain the virus: to impose lockdowns, curfews and the like. At one point, there was even a discussion about whether a 24-hour lockdown should be imposed. Just as many say: all that is stupid.

But there is another aspect, and it is not fear of public reaction. There are compromises that may look illogical, but if you trace how they have come about, you can understand the train of thought. The epidemiological aspect, the internal security aspect - how will people perceive this? The economic aspect: we can go on and on about giving out benefits and the cost of these benefits, but people want to work, not just vegetate.

Moreover, in these circumstances, we also have to take into account what is happening on the Belarusian border. All this has to be viewed together, taking into account the findings of the security authorities. Therefore, these decisions, which may have an impact on the country, do not come as easily as some members of the public would like.

Yes, these decisions are sometimes made with great difficulties, and sometimes they do not seem to have been fully thought through. But the longer we live with the pandemic, the more tired and irritable we become, the less faith we have in various claims such as "vaccines will help everyone" or "vaccinated people do not carry the virus." We have to recognize that no one knows the virus completely. In the spring of 2020, we thought: let's wait this virus out and everything will be fine. But several waves came and we will finally have to realize that we cannot preach all the time about lockdowns and restrictions: we have to start gradually finding a way to live with this virus.

Some people say: the omicron is the end stage of the virus. But in a few months' time, we may hear something different. Some countries are trying to implement a hard lockdown, others are opening up, but the infection numbers are only rising. Yes, there will be protests against the restrictions, but if we analyze all this only from an epidemiological point of view, without looking at the wider context, the consequences will become increasingly serious.

This is what the Cabinet, so often criticized, is trying to deal with. It is not as if we get together and think: how else can we unpleasantly surprise the Latvian people?

Hopefully, there won't be dogs to set at the protesters.

I also hope that our police officers will continue to be professional and that every controversial situation will be investigated impartially. The fact is that emotions and tensions are rising because no one has fully understood how to deal with this scourge. But somehow we have to try to lower the temperature of emotions.

In government as well?

Yes. At the last coalition meeting, there was a lot of discussions. For example, on FFP2 masks: let's make them mandatory for everyone and right now. Of course, we can make them compulsory from January 10, but if we do not make it possible to distribute masks to people who do not have the means to afford them, then such a decree will be pointless. We can also say that everyone has to take self-tests, but then they have to be accessible.

But alongside that, we need to understand where we are starting to lose ground objectively. And that is the schools, it is the younger generation. Distance learning... If a year and a half ago it seemed that, yes, it was "working", now it clearly isn't. It's not possible to teach young people by computer.

Aivars Lembergs: Everything possible is being done to make me die in prison
Uldis Dreiblats, Ritums Rozenbergs
Former KNAB chief Normunds Vilnītis: Law enforcement agencies have become the political order desk of the ruling parties
MKMāris Krautmanis
EP Vice-President Roberts Zīle: Now the attitude is noticeably friendlier and more receptive
Jānis Lasmanis
MoD Pabriks: We are not considering sending troops to Ukraine
Imants Vīksne
Government's failure to tackle the energy crisis will urge people to take to the streets
NNeatkarīgā
MP Krišjānis Feldmans: It is impossible for the Saeima to reduce VAT on energy by bypassing the government
Jānis Lasmanis