MP Krišjānis Feldmans: It is impossible for the Saeima to reduce VAT on energy by bypassing the government

Since September last year, the opposition parties have been trying to get the Saeima to reduce the VAT rate on energy resources by amending the law. The coalition has so far unanimously rejected these proposals. Yesterday, the New Conservative Party (Jaunā konservatīvā partija) and the National Alliance (Nacionālā apvienība) presented an identical proposal at a meeting of the coalition parties.
18.01.2022. Jānis Lasmanis 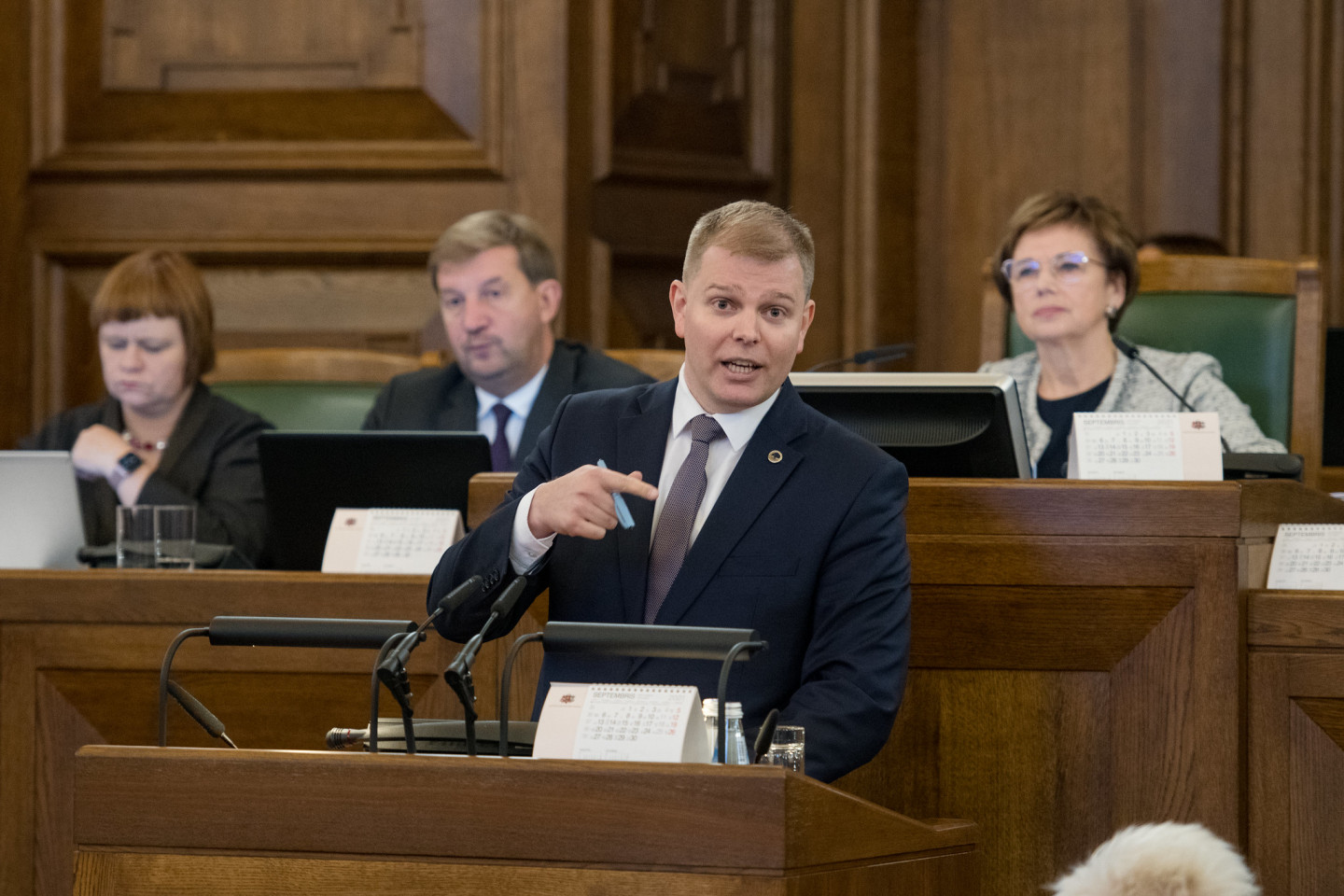 Krišjānis Feldmans, a member of the Conservatives' board, explains that the coalition voted this way because the VAT cut, which is fiscally sensitive, cannot be implemented by bypassing the government. He reminds that when the Saeima bypasses the government, as it did last May when it voted to open café terraces against the government's decision, it is, in the words of President Egils Levits, a "parliamentary accident".

The New Conservative Party is now trying to seize the initiative in the context of the energy price crisis. For example, the Minister of Welfare, Gatis Eglītis, has raised the issue in the Ministry of Economy, under the responsibility of the National Alliance, to get ALTUM (a public development finance institution that provides funding in areas that the state has identified as important and to be supported and where credit institutions do not have sufficient funding) to start supporting the installation of solar panels in the energy efficiency program for private homes.

For his part, K. Feldmans, who chairs the Saeima Economic, Agricultural, Environmental and Regional Policy Committee, has amended the Committee's agenda in order to hear today a report from the Ministry of Economy on the possibilities of launching such a program in the shortest possible time.

K.Feldmans explains that the installation of solar panels in private homes, especially if they have chosen a heat pump as a heating solution, is a very cost-effective solution. Those who have set up solar panels also point to the cost-effectiveness of this.

For example, Indulis, a resident of Mārupe, shared his household's experience last year after installing a 5 kW solar panel system.

The opposition has repeatedly proposed to reduce the VAT rate on electricity and gas, but these proposals have been rejected by the coalition with overwhelming unanimity. Now the Conservatives and the National Alliance are making an identical proposal. Is this political jealousy, or is there a rational explanation for this action, which delays important decisions?

Such an issue as VAT can never in any country, as far as I know, be adopted by bypassing the government. Proposals to change VAT rates always come from the government, and there must be serious calculations and approval from the Ministry of Finance.

We are all signatories to a treaty on fiscal discipline, and there must be a consensus in government on any fiscal expenditure.

It is, of course, a political document, but it exists and the coalition parties are sticking to it.

The opposition parties have not signed this document, and when the decision-making power interferes in the affairs of the executive, it is called a parliamentary accident.

You are now pushing the idea that ALTUM should start supporting the installation of solar panels as early as this spring. Have you done the math on how affordable is this solution for the average household? Will it not again turn out to be something like subsidizing electric cars that are only available to the relatively well-off?

On average, it costs between five and six thousand euros to install a solar panel system. As for the payback of this project, this depends on how much electricity the household uses because there are households that use very little (200 kWh) and there are those that use a thousand kilowatt-hours. The payback is also linked to the heating solution chosen. There are those who have chosen a heat pump that consumes a lot of electricity. Their consumption is insane; I have seen an electricity bill of 400 euros.

In addition, unused electricity can be returned to the grid. There is no charge for this, and it can be taken back from the grid free of charge when there is not enough sun. The only cost is the transmission component. The law providing for this was amended by Saeima in 2021.

What do you see as the model - how much of a loan could ALTUM give, at what interest rate and for how long?

There should be some kind of subsidy of a certain percentage of the installation costs. If the Ministry of Economics is trying to agree on something at the moment, I have not seen it, but there is supposed to be some kind of reprofiling of the program. We will find out today by listening to the Ministry of the Economy and ALTUM.

I would like to see the program up and running as soon as possible.