MoD Pabriks: We are not considering sending troops to Ukraine

As the conflict of Ukraine, the NATO alliance and the US with Russia continues to escalate, Latvia is taking stock of what it has done so far to strengthen its security and what to do next - it needs to start building armored vehicles, get anti-aircraft artillery, combat drones, European funds for the defense sector, figure out how to recruit more soldiers, and hope that Germany will start behaving in the military sphere as a European superpower should.
20.01.2022. Imants Vīksne 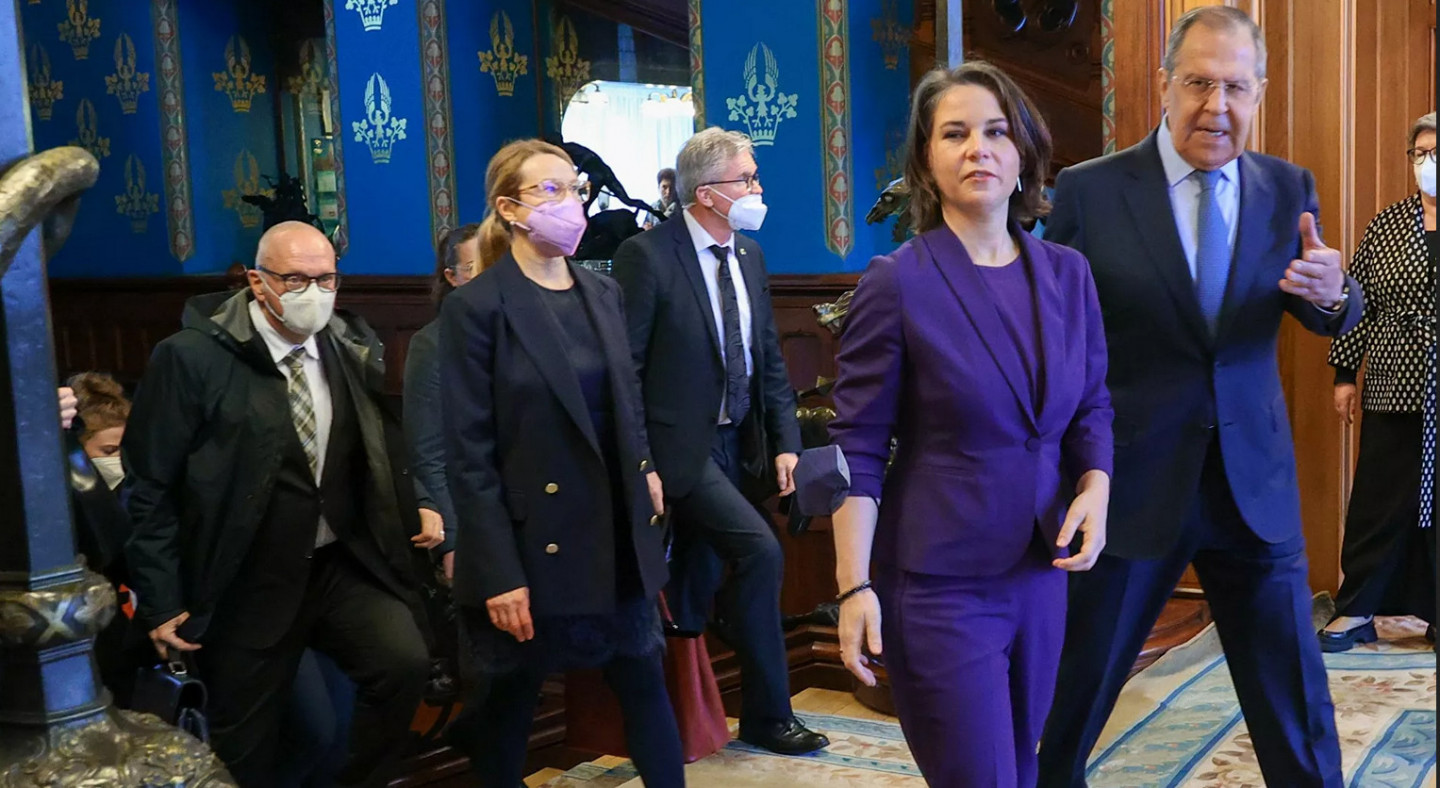 At a time when the international community is paying lip service to condemning Russia's threat to Ukraine's sovereignty and the security of the whole of Europe, Germany has banned the British air force, which supplies arms to Ukraine, from using its airspace. Should have flown around. Meanwhile, German Foreign Minister Annalena Baerbock visited Moscow and listened to the Kremlin's instructions for further détente, which would include accepting Moscow's demands. Russia, it should be recalled, has demanded that the alliance withdraw NATO forces and weapons from member states that joined the alliance after 1997, which would mean removing the defense shield from Latvia as well. To refuse further enlargement to Ukraine, which is in a state of de facto war with Russia. And the Americans must leave Europe too. Against the background of Russia's aggressive rhetoric and the troops that have been deployed on the Ukrainian border, Germany's flirting with the Kremlin is irresponsible and raises concerns about the credibility of this ally. This is all the more so since Latvia is also sending its cargoes of military aid to the Ukrainians. And here is what Defense Minister Artis Pabriks has to say:

What will be given to Ukraine?

I have already mentioned that we will be ready to supply both non-lethal items and lethal items. This applies to all three Baltic States, and we are certainly not the only ones. And I would like to take this opportunity to say that I very much regret that we have certain European countries which, for various reasons, are not prepared to do this. I do not think that is right.

We are not considering sending troops to Ukraine.

Is it true that Germany denied its airspace to British planes carrying arms to Ukraine, and how do you feel about that?

As far as air space is concerned, it should probably be asked of the British or the Germans. But we know from open sources that the German government is very sensitive to this kind of flying. If I have to touch on Germany's role in the European Union and on the European continent, there is a great deal of work to be done with the German public. Both in German society and in German political circles - although much progress has been made on security and defense issues - in our understanding, in the Baltic understanding, we are still far enough away to see the desired result from the strongest, largest, leading European Union country on the European continent. For without Germany's active participation and without Germany's capacity-building, serious security on the European continent is difficult to imagine if we do not rely on the United States and the United Kingdom, which is no longer in the EU.

The direct threat to us has not increased at the moment, but the overall threat temperature has risen in recent years and months. We have not seen such saber-rattling from Russia before, and, of course, the massing of military equipment and troops at the Ukrainian borders increases the threat (..) We do not see any direct threat to the Latvian state at the moment. But if something more active were to happen and, God forbid, if Russia were to invade Ukraine, of course we would have to face additional challenges of various kinds throughout the European region. That is very clear.

How likely is an invasion of Ukraine?

In the defense sector and in the armed forces, we always assume the worst. Because there is no point in preparing for better options. If it does not happen, then everything is fine. What we see from the information available and what I can disclose does not, for the time being, indicate any kind of de-escalation of the situation. We do not have any such signals yet. So tensions are only increasing.

Comments [1]
Latvian Foreign Minister: NATO membership of all three of these countries - Turkey, Sweden and Finland - is essential for Latvia's security interests
Jānis Lasmanis
Azov Commander Yaroslav Soloduha in an exclusive interview with Neatkarīgā: Now Azov is the whole of Ukraine
Elita Veidemane
MP Jānis Urbanovičs: I'm not trying to scare anyone, I'm very scared of it myself
Jānis Lasmanis
LOC president Žoržs Tikmers: Nobody can abolish the Latvian Olympic Committee
Elita Veidemane
Citi Zēni go to Eurovision: determined and under no illusions
Sandris Vanzovičs
MP Romāns Naudiņš: For safety reasons, it would be better if the LNG terminal was state-owned
Jānis Lasmanis