A conversation with Normunds Vilnītis, member of the party For a Humane Latvia (Par cilvēcīgu Latviju, PCL), former head of the Corruption Prevention and Combating Bureau.
26.01.2022. MKMāris Krautmanis 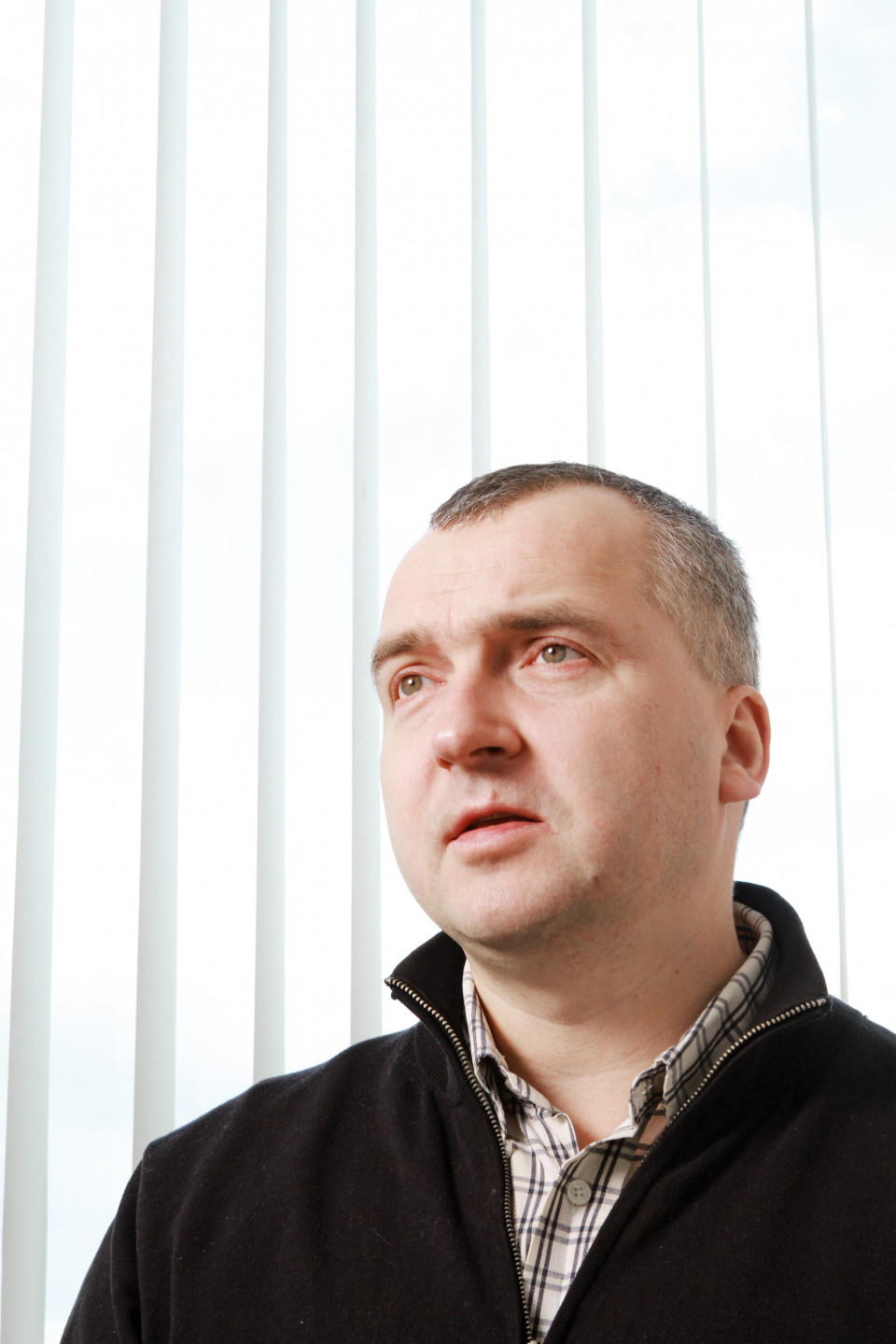 The Corruption Prevention and Combating Bureau (KNAB) has decided to suspend for one year the payment of state budget funding to the political party For a Humane Latvia (formerly KPV LV) in the amount of 646,303 euros. What is happening?

There are two things that seem incomprehensible not only to me but also, I think, to a large part of society. A representative of another party currently working in the coalition once publicly announced with a scandal that he was receiving money from another leader of the same party and legalizing it by paying it into the party's coffers. At least a year has passed and so far there has been no reaction from the law enforcement authorities, the party has not been deprived of its funding and the party has not been dissolved. It is surprising and interesting that one of the members of the party's board of directors admits to financing the party illegally, but that this party alliance - Development/For! (Attīstībai/Par!) - continues to receive financing.

The other aspect that strikes me as significant, and where parallels can be drawn, is the so-called Grinbergs case, which came to light in the early 2000s. At that time, the Minister for the Economy was the well-known Krišjānis Kariņš.

Now Krišjānis Kariņš (New Unity, Jaunā Vienotība) is not targeting one person or one municipality, but an entire political party. Because an institution under the supervision of the Prime Minister, the Corruption Prevention and Combating Bureau (KNAB), is carrying out a political order against a party that is legal, capable of functioning, developing and that is currently in opposition to the government and to Krišjānis Kariņš.

Those in power do not like our active work, especially that of MP Māris Možvillo (For a Humane Latvia, PCL), who says what he thinks - for example, about freedom of vaccination, so that people are given a free choice - to vaccinate or not. He does not support LGBT ideology in parliamentary votes, and on many other issues he also expresses opinions that are not in line with the ruling power.

It is clear that the KNAB's crackdown on the PCL is a politically motivated order,

just as the Grinbergs case was an order.

Sadly, we already know from history that neither Aleksejs Loskutovs, nor Jānis Maizītis, nor any of the other persons involved in the proceedings, had to answer for such an illegal targeting.

Why are the Grinbergs case and the PCL funding suspension case similar?

In the Grinbergs case, Krišjānis Kariņš wanted to appoint an official to the Freeport of Ventspils, but he did not write the document correctly - he did not provide Grinbergs' personal identification number. This was negligence and legal nihilism.

In the case of the PCL, the document does not contain the party's registration number, but the PCL's registration number with the bank - Swedbank. It is impossible to enforce such a decision in a legal state. It is also impossible to actually enforce the decision itself because the office only asks for a review of the use of the money. And this is not a simple mistake; the existence of an entire organisation, a political party, is at stake.

Is the PCL the true legal heir of Who owns the state party (KPV.LV)?

Undoubtedly yes. The KPV.LV story is over, the name has changed, but the legal entity has remained the same. The funding was allocated to the party - to the party members, but not to select party leaders who, in the perception of the party members, have betrayed the party. The PCL aims to unite like-minded political forces and to exist independently of any sponsors. But the ruling coalition does not like this, so we are being defunded - so that the financial basis of the PCL's existence can be removed. The ruling coalition is unwilling to allow a competitor to be a party that is independent of sponsors and pursues policies that are in the interests of the Latvian people, for the first time in the history of Latvia.

In 2010-2011, the issue of the party funding model was a topical issue. You were the head of KNAB at the time. What happened to these models?

I opposed the idea that KNAB should deal with party financing. Because KNAB is an executive body. It is not normal that party finances are controlled by an institution under the supervision of the Prime Minister. The fate of KNAB and its head depends on the Prime Minister's goodwill. In my time, the Prime Minister was Valdis Dombrovskis, and when I did not carry out his illegal orders, he organized a campaign of vilification in the press and my removal from office.

I remember that we were visited by a delegation of German Supreme Court judges. When we told them what the KNAB does and how it is supervised, they shook their heads and wondered how it could be, how it was possible that an institution supervised by the Prime Minister was dealing with party financing cases. They found this very strange - it is a direct threat to democracy and to the independent functioning of political parties.

At the moment, the country is basically run by the Minister of Justice, Jānis Bordāns (New Conservative Party (Jaunā konservatīvā partija, JKP)), who is blackmailing everyone else and undermining the economy. He has every opportunity to put pressure on the law enforcement authorities - the police, the prosecutor's office and possibly the KNAB. The only ones that I think are still resisting and unwilling to bow to political dictates are the courts. Although there is a fairly clear attempt to take over the courts of first instance, trying to fill them with their own people.

What is the justification for taking funding away from the PCL?

KNAB believes that the funding has been used illegally. However, this claim is not supported by evidence and facts. The situation can be compared to the following case. A farmer, Māris, hires sawyers Jurģis and Krists to cut down a piece of forest for 500 euros. Jurģis carries out the work and receives money from the farmer for the work, but then KNAB comes and asks Jurģis to show the chainsaw's documents. Jurģis says that he rented it from a neighbor and paid 50 euros, that he does not know where the written contract is - maybe at home, maybe he lost it, or maybe he forgot to write it down at all. KNAB then declares the whole transaction illegal because there are no documents for the use of the saw, and makes Jurģis pay all the money he received to the state budget. Even though Jurģis has cut the forest at market price and the farmer Māris has no complaints. Absurd? But this is the logic of KNAB.

During its investigation, KNAB has identified third parties who have committed breaches of financial and accounting rules. Although the party itself has not been found to have committed such violations, KNAB concludes that all the funding granted to the party is illegal. The craziest thing is that the officials who have investigated this case now themselves decide to withdraw the party's funding in haste, without giving us the right to explain ourselves, to give our opinion. Now, on the same basis, there is a wish to suspend the party's activities, which in fact means liquidation. In what other country is this possible?

There is still the possibility of a lawsuit, but everyone understands that the lawsuit will end when the elections are over and the result that the rulers want has been achieved. I do not know and cannot think of any country in which a political party can be suspended in this way, on the basis of the subjective conclusions of two or three clerks. Decisions at this level should be left to the courts and to the courts alone, on the basis of very strong evidence. The circumstances currently found in the decision, such as incomplete documents or incomplete records of hours worked, do not in fact concern the party, but possible administrative misconduct in the activities of third parties - the advertising agency and its subcontractors. What has the party got to do with this?

What do you think of the proposal by the Minister of Justice, Jānis Bordāns, that those who spread false news should be sentenced to a few years in prison?

A group of people who have come to power by various means are looking for ways to get even with their political and business rivals. This is the clearest indication that signs of authoritarianism and state theft are appearing in our country. This group has taken over and continues to take over power in the law enforcement agencies, the prosecution service and the courts, when in fact they have no such mandate and their aim is not to implement the rule of law. We have less and less even the semblance of democracy left in the country, and what the JKP and other ruling parties are pushing and trying to implement is authoritarianism. And the initiative of Jānis Bordāns is to create one more tool with which to deal with political opponents.

The President of the Republic, Egils Levits, has come up with an initiative to change the law so that, in future, those parties whose factions in the Saeima break up will lose state funding. What is your opinion on this?

If we are talking about a man who can't even take off his hat during the national anthem, then these and similar ideas have been floated before. We loudly objected to it and both wrote to the President's Office and objected in public. This was probably another reason why we were the only ones to have our funding hastily withdrawn.

It is strange that the man who holds the office of President of the Republic should have emphasized in public that it is unacceptable for parties to be dependent on donations from private individuals and that this creates a dependence on the goodwill of donors.

And then he stands with his black hat on his head during the anthem and does not shut the mouth of the Minister for Justice, who dares to call people the descendants of the occupiers.

In essence, it is destroying a party that has no traces of money bags and powerful donors. The current political elite is demanding that the party pay back an imaginary fine of almost 100,000 euros, even though it knows full well that its current members have no such money and will never have it, because they have no links with cigarette smuggling or gambling tycoons.