LELC Stefans Meisners: St Peter's Church will be renovated and open to the public, culture and tourism 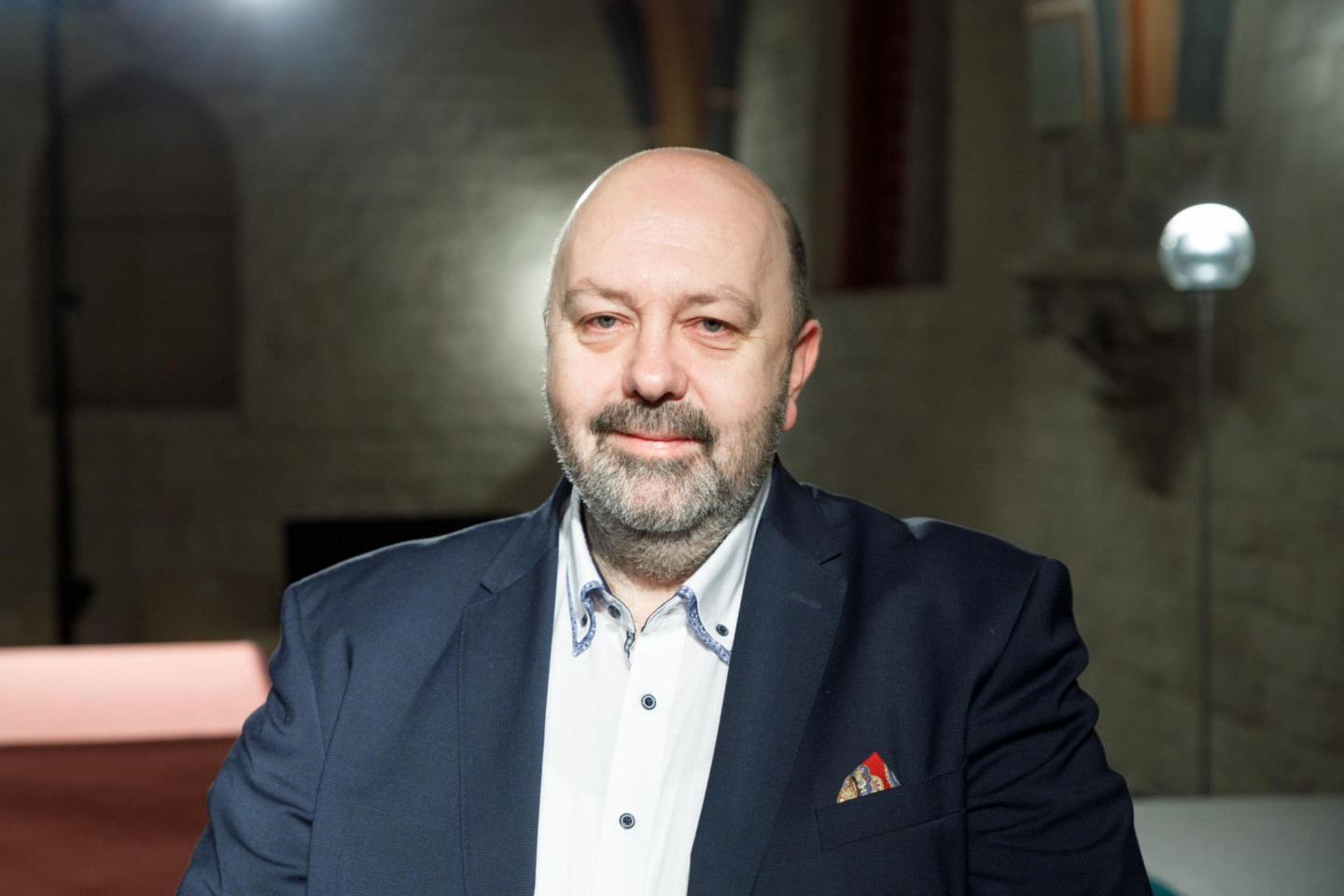 Who are the Germans working in the congregation, what is their connection with the Baltic Germans who emigrated in 1939, what do they want to achieve? A conversation with Stefans Meisners, head of the LELC German St Peter's congregation.

After the emigration of Baltic Germans in 1939, after the occupations and the war, there were still a few Baltic Germans left in Latvia. Of course, it was not easy for them during the Soviet period - being a "fascist" and a Christian in the Soviet framework was not the best combination. They were not allowed to continue their church, but they began to gather under the pastor Haralds Kalniņš. From 1966 they were allowed to hold services every Sunday in German under the roof of the Church of Jesus. As the Soviet era came to an end, one German congregation was allowed to be registered in Riga. This congregation was re-registered in 1991 in independent Latvia, and it worked, the number of people grew, and in 2001 this congregation split into three parts. After the restoration of Latvia's independence, the Saeima decided that separate laws would be drawn up on the ownership, form of governance and use of the buildings of the two largest churches. The law on the Cathedral Church and the Monastery Ensemble has been in force since 2005, but the law on St Peter's Church in Riga was late. In 2017, the issue resurfaced in the Saeima. The issue had been discussed before, at the beginning of the 2000s, but there was no consensus on the best solution at that time.

In 2017, the Saeima instructed us to act in such a way that we would restore our pre-occupation status within the Latvian Evangelical Lutheran Church. In 2018, we completed this process, the name change took place - the LELC German St Peter's congregation was created, and changes were made in the register of religious organizations - the German St Peter's congregation was included in the LELC. It is made up of descendants of Baltic Germans living in Riga, businessmen and their families of German origin living in Latvia, as well as Latvians who feel a connection and belonging to St Peter's Church in Riga as the cradle of the Reformation culture of Riga and Livonia.

The Saeima committee found it to be good enough, and the first reading of the draft law on St Peter's Church in Riga followed in 2018. This was before the 13th Saeima elections. The 13th Saeima decided to take over this draft law and continue its development and adoption. Initially, the draft law was written similar to the Riga Cathedral Church Law, but the new political forces had other ideas about the Riga St Peter's Church Law and the succession of the church property rights, the use of the church, etc.

The new MPs began, I think rightly, to ask how we were going to carry out the reconstruction work. Together with the experts we brought in, we began to develop a preliminary understanding of the work to be carried out. In 2017 we started and in 2020 we continued to prepare an application to the German Bundestag on the situation of St Peter's Church in Riga - how we see it, the scope of the work to be carried out, and a description of what the draft law before the Saeima looks like at that point in time. We worked actively to convince German politicians to be ready to support the reconstruction of the church and to provide funding for it.

In autumn 2020, a German Bundestag commission approved our application and included the amount needed for St Peter's Church in the national budget, spreading it over several years as the reconstruction phases are planned.

What is the total amount?

Will it be enough? Because there is inflation, rising energy prices. Building materials will also become more expensive.

We believe that this amount should be sufficient.

But the situation is getting worse every day - prices are rising. But there was a margin included during the planning. If there is a shortage, it can be dealt with. The National Heritage Office has also done its own research - they had calculated that between 25 and 30 million would be needed. They had a good opportunity to assess the condition of the church, because the municipality allowed them to investigate both the cellars and the attic. I very much hope that the amount will be sufficient.

What does the foundation of St Peter's Church in Riga mean, and why is the proportion of its board majority German St Peter's representatives, while the Latvian Evangelical Lutheran Church is in the minority?

The situation was such that in 2021 information came from the Saeima about the progress of the draft law, and the wish was that, in order to arrange legally correct relations, a foundation was needed in which the German congregation would be represented. During the state visit of the President of Latvia, Raimonds Vējonis, in February 2018, both in talks with Chancellor Angela Merkel and with members of the Bundestag, it was discussed that it was necessary to restore the property rights of the German parish of St Peter, precisely because this parish is the only legal heir of the church, which was forced to leave the church and all its properties because of the Hitler-Stalin Pact. In order to strengthen the internationally favorable relations between Latvia and Germany and to follow the logic of legal succession, the representatives of the Bundestag told the delegation of the President of Latvia that they welcomed and were ready to support the idea that the St Peter's Church in Riga could once again be in the possession of the German congregation. When we wrote to the Bundestag, such a foundation had not yet been established. When the foundation was created, the proportion of the German congregation was agreed - there were no disagreements, it was done without disputes. We chose people on the principle that they were best suited to the functions they would perform.

St Peter's Church in Riga has been dedicated not only to religious rituals, but also to secular things - there have been exhibitions, concerts, artistic groups working there. The church tower has an observation deck which is popular with tourists. Will such secular things continue to happen?

If anyone expresses doubts that the church could become a "closed" institution in the hands of the foundation, this is not true. Such claims have been made from time to time, both at meetings of the Saeima Education, Science and Culture Committee and in tendentiously propagandized speeches. Look at the way churches work in Germany, how open they are to the public, and compare that such accessibility to public needs and responsiveness to cultural and tourist demand is a perfectly natural function of a modern church! Of course it will be preserved. The law also emphasizes that St Peter's in Riga has several functions. The primary function of the church is sacred, and the second is cultural. A plan has been drawn up for the reconstruction of the large Baroque organ, which will help to greatly expand the musical life of the church. The third function, which we were surprised about and where the suggestion comes from the Riga Castle, is that the history of the Baltic Germans should also be reflected. The fourth function is an educational function. The fifth is tourism. This is reflected in the law of St Peter's Church in Riga. These secular functions are compatible with the sacred function. Such dialogue and cooperation between church and culture is already taking place successfully, and there are no problems there. And we are interested in more people going to church.

Is there also any ecumenical cooperation planned with the Catholic Church?

The Catholic Church, at the highest level and with the support of the MPs, is expressing this desire, and there is nothing unnatural in the two major denominations working together to create common content for one of Riga's most architecturally and historically valuable places of worship. In early January, the LELC and the Roman Catholic Curia agreed on ecumenical cooperation at St Peter's Church in Riga.

How does St Peter's Church in Riga plan to cooperate with artists and musicians?

We have asked the Riga City Council what kind of cultural events the municipality would like to see in St Peter's Church. We have not received a concrete answer yet, but I think that there will be no problems and the doors of the church will be open for culture.