Entrepreneur Emīls Jakrins: In times of war, it is necessary to unite people, not to further divide society 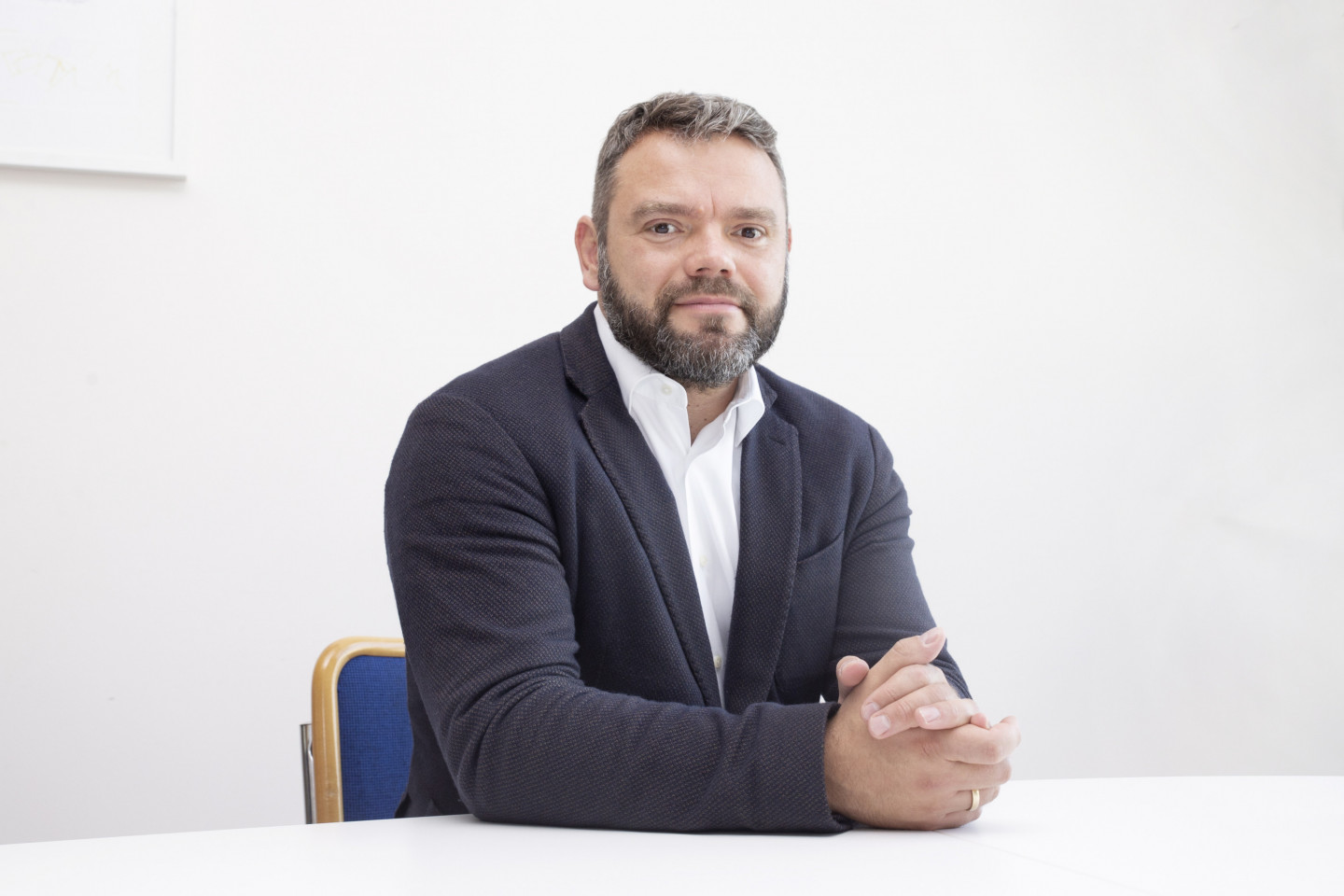 The situation in Ukraine is changing every day - the war has been going on for more than a month. There is fear, anger and confusion - how is this possible in today's world? On social networks, there are also intense discussions and exchanges with Russian speakers living in Latvia. A growing divide is beginning to form among the Latvian population. If even before this the road to uniting society has been difficult, what could be the solution now?

The outbreak of hostilities in a neighboring country where the aggressor has a land border with Latvia is a shock to many Latvian citizens who still cannot comprehend that such a catastrophe for humanity can happen in today's Europe. It is a humanitarian crisis. A crisis in which the universally accepted values of the civilized world, above all the value of human life, are being denigrated. Children, women, the elderly are being killed, entire families are losing their lives. Many of us are reassessing our values and our role. There are many questions and still few substantive answers - more slogans than human reflection. The enemies can use this to divide the nation. That is why it is now essential to work intensively not only on objective coverage of events, but also on explaining what is happening and uniting the Latvian people by immediately developing and implementing measures to integrate society that will bring real and measurable results. Public rhetoric that raises people's awareness of what is happening must be systematically promoted in order to build a united, fact-based view of the Russian invasion of Ukraine across our society. We must not have a situation in which our own leaders express diametrically opposed views - some calling for nations to unite, find common ground and treat each other with respect. Meanwhile, others, using the opportunity to polish their public image before the elections, are promoting intolerance, widening the divide, and thus also denigrating the work done so far at a national level to bring people together.

A few days ago, you posted on Twitter your views on the divide in society and the need to bridge it. This sparked discussion among users, in particular regarding the statement by Nils Ušakovs that there should be no celebrations on May 9...

And this is a 100% correct statement - there can be no celebrations at all, because there is a war in Ukraine and innocent people are being killed, cities are being destroyed, families and homes are being destroyed. If there is a desire to commemorate those who have died in war, it can be done in an appropriate place and manner - in a cemetery. However, what surprised me most was the reaction of some people when Ušakovs declared that he was totally and absolutely against the war in Ukraine, siding with Ukraine. There were accusations and even condemnation, even though it is clear as day with a statement like that that he is putting his ratings on the line in the name of justice. And this is no longer about politics. Politics remains in the background. This is about humanity and common sense. The more society is infighting instead of uniting, the greater the gulf between people will be. It is particularly important now to find compromises, to understand each other - and this applies to both sides, Latvians and Russians. There should be no place at all at the political level for the kind of rhetoric that is increasingly dividing our society. Officials need to understand their position - how easy it is sometimes to influence a certain section of society with slogans. Elections and the short-term and self-serving cultivation of political ratings are not and should not be a reason to divide Latvian society, let alone in a war situation. It is time to tear out the outdated red lines between people that should never have been there in the first place.

The diversity of views and positions is clear, but one wonders whether, in such a sensitive situation, it would even be possible to achieve any results in unifying people.

It is precisely at a time of such tragic events, when we can see in Ukraine the importance of the unity of society, regardless of the language spoken, that we have the best chance. A united society is the foundation of a strong country - and that is the goal towards which our country and society as a whole must strive. We need to understand that national strategy and tactics play a key role in bringing society together and strengthening the nation. I think that we are now in a situation where two outcomes are possible. The first scenario is that, if we get the public communication and the related actions right, it is possible to strengthen the unity of the people and nations living in our country at an unprecedented level. In the worst-case scenario, we could end up with Latvian and Russian speakers on opposite sides, increasingly distanced from each other. I am convinced that this is one of the goals of the aggressor - to divide Latvian society at the very foundations, at the level of beliefs and principles, by inciting hatred through propaganda. This destabilizes the situation, and we should do everything to prevent this from happening. In Ukraine, for example, the Russian-speaking population is around 22%, and they are currently fighting side by side with the Ukrainians against the aggressor, the invader - Russia. This is an example of a united society. Mutual understanding, respect and values are the basis of a strong nation. This is a time when we must encourage our nation to unite so that, even in the worst possible scenario, we can fight together, shoulder to shoulder, just as the Russians in Ukraine are fighting with the Ukrainians to defend their country.

The propaganda being carried out by Russia has reached an almost unprecedented level and speed. In Latvia, several Russian TV channels were quickly closed down in order to reduce the opportunities for Russia to reach and influence the country's population.

Yes, this is one of the tools for controlling the flow of information. However, such an approach, if not used as part of a multi-tool approach, can do more harm than good. Do not misunderstand me, I am not saying that closing these channels was a mistake - far from it. I am talking about the fact that TV channels are being closed, but nothing else is available in their place. An information vacuum is being created. That is not right. And logically, people start looking for alternative ways and possibilities to find out about news from different sources. And it is no longer the time when TV and radio were the only channels of information - there are internet portals, social networks, the social bubble, the neighborly gossip and rumors still exist and will exist. Therefore, we need to look at the whole information flow in a complex way. Just a year ago, it was decided to close LTV7, the state public media for minorities. Nothing was created in its place. If it were available now, it would be an easily accessible and understandable way of receiving information. But a gap was left in the Latvian public television channels, leaving only a few public media in Russian - LR4 and the Russian version of lsm.lv.

But there are so many ways and possibilities to get information. Is it not enough?

Today we live in a world of information abundance, but the amount of information can create new problems - fake news, propaganda and a whole range of other problems - if a decent flow of information is not created at the very core. That is to say, there must be a monitored and organized media policy in the country, information must be verified, reliable and professionally produced by the state public media. The public media must, as a matter of priority, be trusted and relied upon by the population. People choose a way of receiving information that is accessible, clear, easy to understand and also interesting for them, to find out about news, to be entertained by watching films and programs. This is the task of the public service media, especially when working with ethnic minorities - to attract attention, to interest and appeal, to provide verified information, while at the same time strengthening its position to be the media of first choice. To be a reliable and everyday source. So I am not at all surprised that people are looking elsewhere for information, because at the very heart of it they are not getting it in their usual ways, including watching television. And there, more often than not, the narrative of our country has absolutely no say. Of course, this is not an easy task, and the closure of LTV7 marks not only the results of the work of this channel, but also the current political position and understanding of the need for such a medium in Latvia.

What could be the solution - restore the closed channel, create a new one?

The solution could be complex. Yes, it should definitely be a public service media, financed from the state budget, as is the case with all public service media - Latvian Radio, Latvian Television, etc. But to create attractive content, cooperation should be established with Russian-language media - which already know how to appeal to their audience, such as the popular Dozhd TV channel. Unfortunately, the channel is currently defunct due to Russia's decision to close down independent media outlets through full censorship. Time will tell how long this will be the case. But there is a need for an informative and also entertaining channel for the Russian audience in Latvia, with professional journalists. And this should happen as soon as possible, so that it can be of benefit in informing, educating and bringing society together.

It does not seem to be going very well. Someone burns his Russian passport in protest outside the Russian Embassy, while someone else is happy to loudly announce that he is looking forward to the revival of the USSR.

This is an example of how people can be opposed in their views and convictions. That is why it is so important to work on the integration of minorities into our society. The information space needs to be urgently cleaned up so that it is accessible to everyone in Latvia. The Russian-speaking part of society must be integrated, not rejected - this is a matter of national security. The more and the greater the number of Latvian Russians who agree on the topic of Russia's invasion of Ukraine that Russia is an aggressor that violates all boundaries of reason and humanity, the more likely we are to support Ukraine in the majority now and to be united ourselves in the long term - shoulder to shoulder for the country's values and their defense. The future development of our country depends on mutual understanding.