Interview from the part of Ukraine that is currently occupied by Russian troops.
31.03.2022. MKMāris Krautmanis 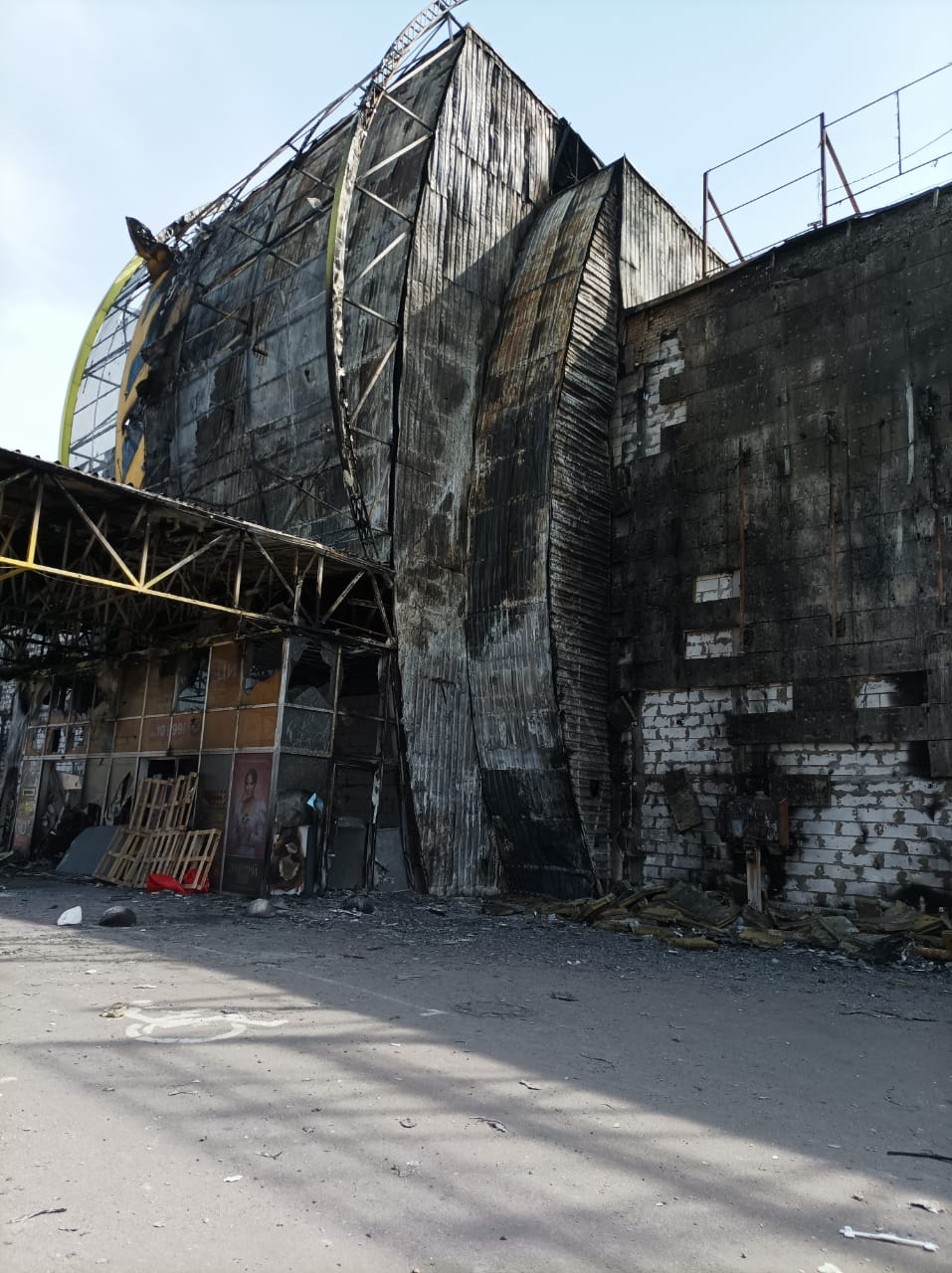 Ukraine has been resisting Russian invaders for 36 days. Cities and villages are being mercilessly bombed, Ukrainian soldiers, women, the elderly and children are being killed. A part of the country, in the south and east, is occupied by Russian troops who are trying to impose their own order. This includes the town of Kherson, which the Ukrainian forces did not have the resources to defend. How are the people there living now under occupation - what do they think, what do they do, how do they feel? This is the subject of an interview by Neatkarīgā with Maxim, a Kherson resident, businessman and public figure, whose real name cannot be revealed yet for obvious reasons.

On the outskirts, you can hear the boom of cannons and gunshots. It sounds like the Ukrainian army is trying to retake our city. The fighting has been going on for days and nights without a break.

We are under Russian occupation, and there is also a blockade - there is no way to leave or enter the city, except to Crimea. There are humanitarian corridors to Crimea, which are used by the few people who want to leave. The occupiers are also bringing a little food and medicine from Crimea, pompously presenting it as this huge aid and charity. In order to have something to show on Russian propaganda television channels, the distribution of aid is organized in the central square, where people go and take what they are given. Many people really are starving, especially pensioners. They have no other way to survive.

There are also slick individuals who take the goods they get from the Russian army to the market and sell them.

In the last days before the Russian troops arrived, all the structures of power - security, military, prosecutors, tax officials and also judges - left Kherson. The governor has also left the town. But the mayor, his deputies and some of the municipal deputies have remained.

Russian soldiers and fighters from the so-called "republics" of Luhansk and Donetsk patrol the city during curfews from 8pm to 7am, as well as during the day. They can be immediately told apart by their appearance: the Russian soldiers wear new uniforms, helmets and face masks, while those from Luhansk and Donetsk wear old-style military rags, they have no helmets or masks. They are mostly in their 40s and 50s, and they look quite disgusting - with the swollen faces of drunkards, degenerates. They are not seen much in the city center, but we hear from the suburbs and the neighborhood that there are quite a lot of them and that they are involved in marauding and robbery. Nobody can stand in their way because they have guns. 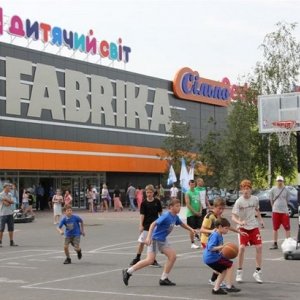 Shopping and entertainment center Fabrika in Kherson before the war. / Privāts arhīvs 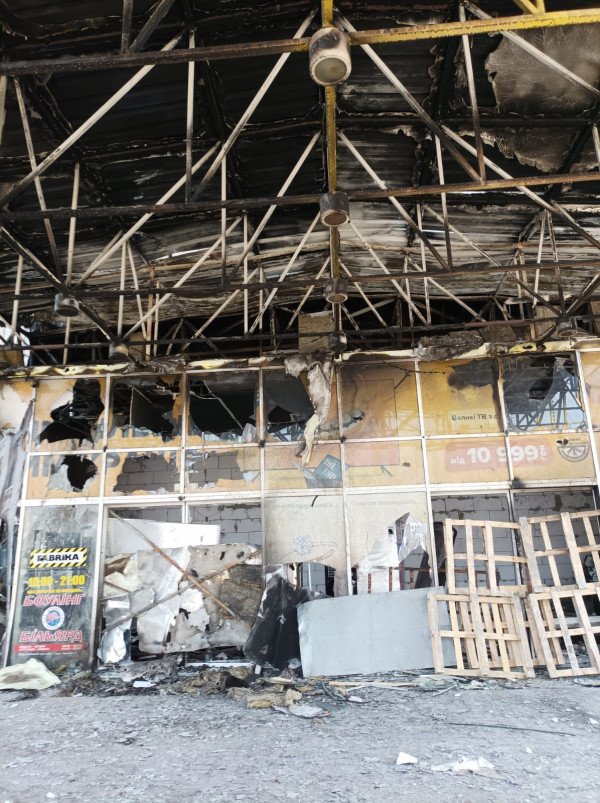 Are there any protests by residents against the occupation?

There were several protests. However, the situation is such that there are repressive structures in the city that go door to door and detain Ukrainian patriots - those who have been in territorial defense units, those who have taken part in social and political life, those who have publicly expressed criticism of Putin. They are gradually being removed from the scene. There are fewer and fewer people left to take the initiative and organize defiance. The protests are becoming smaller each time. Last time, there was a rally of about 50 people, which the Russians dispersed by shooting rubber bullets at people and throwing noise grenades.

Russian patrols are always on the streets of the city. If someone looks suspicious to them, they check their documents and search their mobile phone - what they have said on social networks, what people they have contacted. If the patrol doesn't like something, then the person gets a bag over their head and is taken away. These people either disappear and their fate is unknown, or they are released after being interrogated for a few days.

Because of the blockade, Kherson is on the eve of a humanitarian catastrophe: food and basic necessities are scarce. The town is still surviving on the food left in the warehouses. Farmers come from the surrounding countryside to sell food in the town, but it is rather chaotic and scarce.

There are very long queues to get cash. There are still hryvnias in circulation. There are also long queues at the remaining shops that are still open. For bread, you have to queue for five or six hours.

We don't drive much because there is no petrol. The petrol stations have long run out of petrol, but you can buy Russian diesel.

What is the damage in Kherson?

Compared to the photos we have seen from Kharkiv and Mariupol, Kherson has suffered very little. However, in the residential area, shells have hit multi-story houses. The building of the Ukrainian Security Service in the city has been damaged. The large shopping and entertainment center Fabrika has also been destroyed.

What information are you receiving?

On the first day of the occupation, all Ukrainian television channels stopped broadcasting. Ukrainian radio stations have now been unreachable for two weeks because the occupiers seized the radio and television center and control the retransmission infrastructure.

There are regions of Ukraine that we cannot reach - where no mobile phones or any other form of communication work. I have relatives and friends in Mariupol. They, too, could not be contacted, and we had already mourned them. But I just had a call with them and found out that everything is fine - they are alive and in western Ukraine. In our conversation, I understood the horror they had gone through: driving out of Mariupol along the humanitarian corridor, they saw piles of bodies and torn body parts on the side of the road. 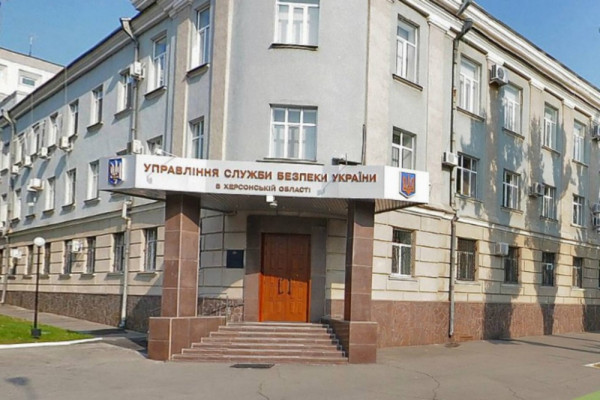 How many people have died in Kherson?

I cannot give an exact number, but in the first days of the Russian attack, many people died. About 60 Ukrainian patriots from the Territorial Defense Unit were killed in the battle at the bridge over the Dnieper. These guys tried to defend the city, but they were outnumbered.

You said that the mayor has not left the city. Is he cooperating with the invaders?

He is not cooperating. There might only be some agreements with the invaders that help the population survive. That is why the bakery, the municipal services and, to a limited extent, public transport can operate.

How do the residents feel about this? Is the mayor seen as a traitor?

No, definitely not. The people understand the situation he is in and are happy to be able to buy bread.

In Kherson, the Ukrainian flag still flies over the municipal administration, but the occupiers are staying in the Kherson Regional Administration building, and the Russian flag is flying over it.

According to unverified reports, Viktor Yatsenko, Minister for Information Policy of the so-called "People's Republic" of Donetsk, has arrived in Kherson and will apparently try to establish another local government in the city, subordinate to Russia. He was once an activist in Kherson for the youth organization of Viktor Yanukovych's Party of Regions.

Will there be collaborators?

It is possible that "the coffin will not remain empty" - there may be some servants of the occupiers who are ready to lose their dignity in the eyes of the rest of the population for 30 silver pieces.

What is the attitude of the people of Kherson towards Russia and Putin?

Until February 24, my circle of business partners, colleagues and acquaintances included many who were either apolitically neutral or even perhaps Putin sympathizers. But after Russia invaded Ukraine, they have completely changed their position. At the moment, I do not know anyone in my fairly wide circle of acquaintances who is loyal to Russia or anything to do with Russia. Regardless of nationality, the anger is unanimous, people hate and curse Putin, and the Kherson people's thoughts coincide with the phrase said by the Snake Island border guard to the Russian warship.

The people of Kherson are disappointed with the work of the International Red Cross. This organization does not do its work here, it is of no use, but we know that the Russian Foreign Minister, Sergei Lavrov, and the head of the Red Cross, Peter Maurer, are shaking hands cordially and a camp is being set up in Rostov-on-Don for Ukrainian citizens who have been forcibly evacuated to Russia.

If anyone is organizing aid in Kherson, it is not the Red Cross, but other organizations. Prices have risen insanely, and there are businessmen who are taking advantage of the misfortune to make money. But the people are organizing themselves - there is a business union, where people who didn't even know each other before the war are working together and cooperating. They work to provide the population with goods that are sold at a much lower price, close to the producer's cost.