MP Krišjānis Feldmans: The fact that Latvijas gāze opposes the gas ban shows how important the proposal is

While the European Union as a whole has pledged not to use Russian coal, the Latvian Parliament is about to pass a law that will ban the purchase of Russian natural gas as well.
07.04.2022. Jānis Lasmanis 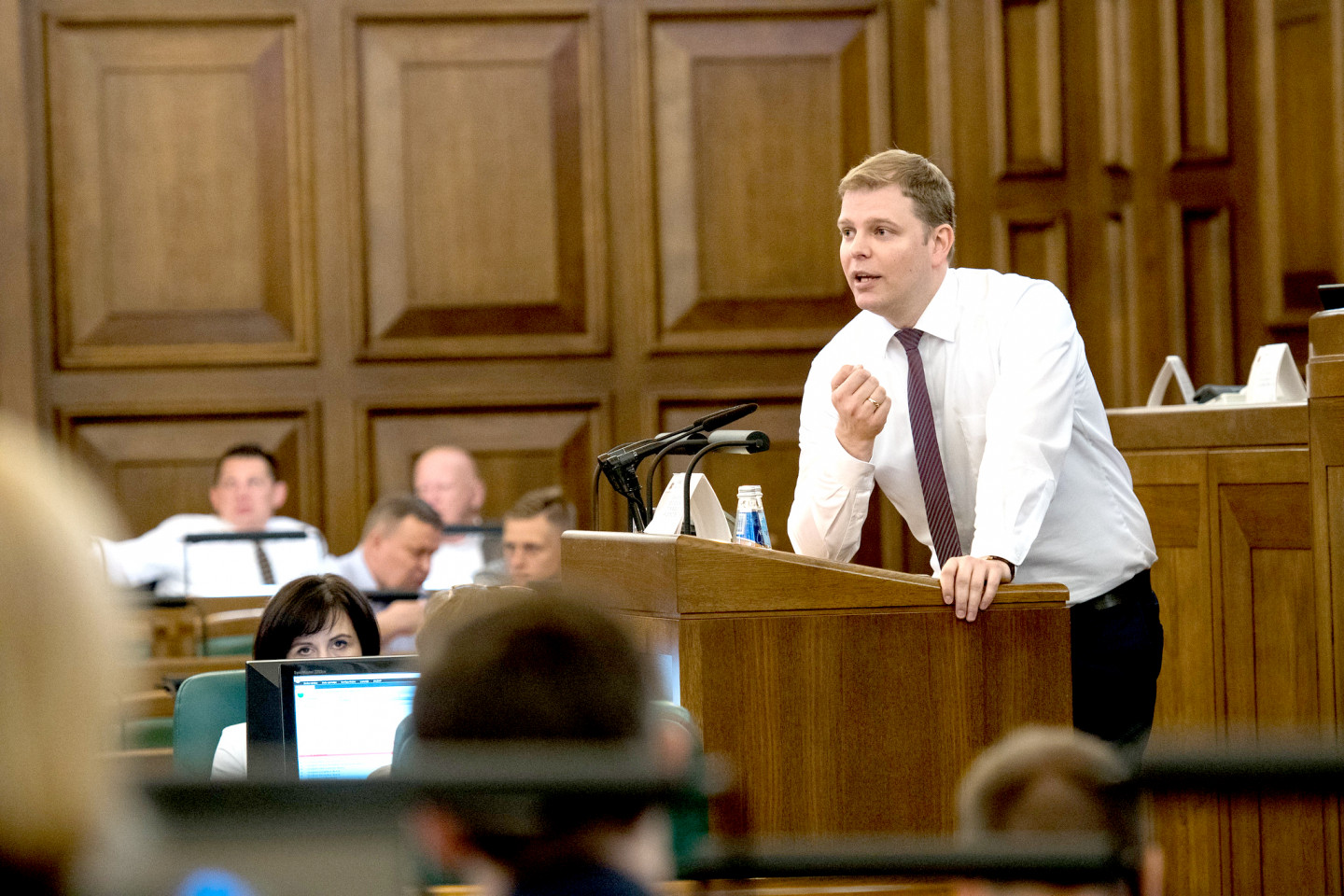 On Wednesday, Jānis Kalējs, Head of the Wholesale Sales Department at Latvijas Gāze, strongly opposed the draft law in the Economic, Agricultural, Environmental and Regional Policy Committee. He said that such a decision should have more forethought, and that if Latvia adopted it alone, it might not make sense, given that Latvia is in a common natural gas market with the other Baltic states and Finland.

Aigars Kalvītis, the company's chairman of the board, had sent his objections to the proposed ban to the committee before the hearing. In his letter, he drew the attention of the committee to the fact that the supply of energy, including natural gas, is a series of legal and technical operations, changes to which require time and resources. In the company's view, this decision would be too radical and would make the energy crisis even longer, more costly and more difficult to overcome, rather than solving it.

Krišjānis Feldmans, the Chairman of the Conservatives (Konservatīvie), believes that buying Russian natural gas is no longer conceivable, if only for moral reasons.

Latvia has not been buying natural gas from Russia since the beginning of April, why is a law needed?

At the moment, no gas from Russia has been pumped into Inčukalns since April 1. But this is not because of the war. It is because the prices are so high that Latvijas gāze, headed by Aigars Kalvītis, simply decided not to buy gas this month. They believe that it is more profitable to provide gas for consumers from storage and not to buy it.

The fact that we received a letter from Latvijas gāze strongly opposing this proposal shows how important it is. It was not that the management of Latvijas gāze suddenly had a conscience or moral considerations; the reality is simple and cynical - they are not doing well in business at the moment.

Of course, the Members, having found this out, supported the proposal without anyone objecting. And they did so without following the suggestions that it should be done in a legally better way. We decided to support the draft law as it stands, and if there is anything that needs to be corrected, we will correct it by the third reading.

And this bill is necessary because there is no other instrument to ban this Russian gas, because the Kremlin-controlled Latvijas gāze has no intention of doing so itself.

You originally proposed a law to prevent the purchase of natural gas from Russia from next June, but you withdrew this initiative. Why?

Initially, there were doubts whether there would be unanimous support for immediate action. That is why the draft law provided for a transitional period that would end next year. The law itself would enter into force quickly, but there would be room for maneuver until the end of the next heating season.

In the new circumstances, such a transitional period is unacceptable, if only for moral reasons.

If at the third reading the Ministry of the Economy says that this is not possible, it will itself submit the necessary proposals. But the question is whether they will be supported. I doubt it.

Have alternative sources of gas supply already been found?

There is liquefied petroleum gas, which can be supplied from Norway, the USA, Qatar and other countries.

But there is the question of infrastructure. It is a great surprise to some that it is not easy to get to the Klaipėda terminal. The two gas ships that we already have will go to Klaipėda and pump oil there. But the question is what to do next. Klaipėda is doing business, raising tariffs, holding auctions, and those who pay more will get to use the terminal.

I do not know on what basis there has been such reliance on the availability of the Klaipėda terminal so far. It is now clear that Klaipėda cannot be relied upon. Estonia also realizes that Klaipėda is not enough, and for Finland it is not enough either. Now Estonia is inviting Latvians to invest in their terminal in Paldiski. The Latvians will pay the Estonians to have access to alternative infrastructure, but there is no guarantee that they will be able to set up the terminal this year. We will therefore have to pay the Lithuanians whatever money is necessary to allow our ships to dock there.

Nothing has been done in Latvia for 30 years, and it is only now that the idea that we should do something about it locally is coming up.

Is there any estimate of how much it will cost consumers to move away from Russian gas?

The price of gas has already risen. The question is about the next heating season. It is clear that gas will not be as cheap as it used to be. The price may fluctuate and the logistics chains will be sorted out, but it will never be as cheap as it was.