MP Jānis Urbanovičs: I'm not trying to scare anyone, I'm very scared of it myself

Although the anxiously awaited May 9 passed peacefully, for many, including policemen, the events of May 10 came unexpectedly and unpredictably. Some believe that the events at the so-called Victory Monument were organized by pro-Kremlin organizations, while others believe that they were provoked by the removal of flowers that were laid down on Monday early on Wednesday morning.
12.05.2022. Jānis Lasmanis 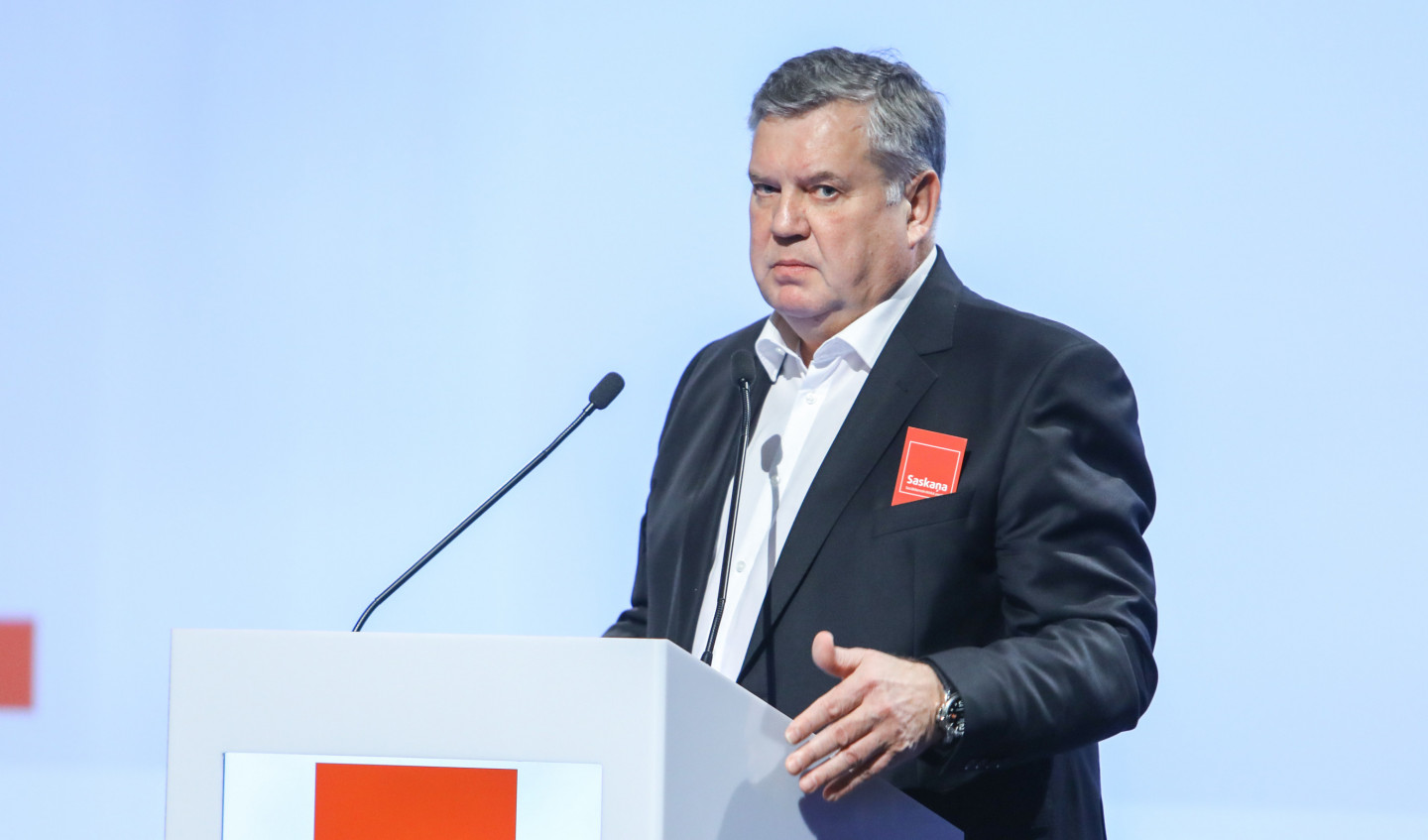 The chairman of the opposition Harmony party, Jānis Urbanovičs, is inclined to agree with the second version. At least for him, the removal of flowers prompted him to go to the monument and lay flowers there for the first time in his political career.

At least for the foreseeable future, no one will be given that opportunity again. In the light of the events of earlier this week, the police have closed access to the Victory Park monument and its square. This decision is based on the Law on Police. In particular, Article 12(15) of the Law on Police provides that a police officer has the right to temporarily restrict or interrupt the movement of vehicles or pedestrians on streets and roads, as well as the entry and exit of persons to and from certain places or objects, if the interests of public safety, the protection of life, health and property of persons, as well as in the interests of an investigation.

The decision was taken in the light of the events of Monday and, in particular, Tuesday, which led to the gathering in Victory Park in front of an object of the occupation regime, which is most directly linked to the continuation of the occupation of Latvia after World War II and is basically perceived by the public as a symbol of the Soviet regime. It was assessed that it was necessary to involve the Special Tasks Battalion of the police in order to disperse the persons who had gathered in Victory Park on Tuesday and whose actions were basically seen as glorifying the Soviet regime and indirectly linked to the glorification of contemporary Russia.

Given that the Saeima could decide today on the termination of the treaty with Russia, which would result in the removal of obstacles to the dismantling of the so-called Victory Monument, it is possible that flowers were laid at the monument this week for the last time in its existence.

However, the Constitution Protection Bureau has revealed that it sees various risks posed by Russia. Urbanovičs shares these concerns.

How do you assess the decisions taken by the authorities and the performance of the policemen in Pārdaugava on May 9?

I highly rate the performance of the police officers who restrained. I think they did their job and did not put pressure on those who individually wanted to commemorate the fallen of their families, to lay flowers.

But as for the provocative sending of the tractor, I am at a loss for words. It was a very, very indecent provocation. The order was given by someone with evil thoughts who wanted to humiliate those who laid down the flowers by driving a tractor over their flowers in front of their eyes.

On May 10, you placed flowers at the Pārdaugava monument publicly for the first time, why?

In light of the events of May 10, how do you expect the planned dismantling of the monument to proceed?

I very much hope that it will not. I would very much like us, when there is peace or a ceasefire in the neighboring countries, to talk things out and resolve everything peacefully. To talk about how not to bring the war closer to Latvia. I'm not trying to scare anyone, I'm very scared of it myself.

I am scared together with the leadership of the CPB. They are also concerned. You see, the Russian troops, the Russian leadership, are not doing as well as they had hoped. They are even doing very badly, they are getting a strong backlash. The whole world is in solidarity against the aggressor and is helping Ukraine.

I do not know what poor-quality analyses that did not correspond to reality were put on President Putin's desk by various bodies before the invasion. They did not expect a counteraction, and Putin is now a big, big loser, including personally. The threat that, if there is no Russia, there might also be no world must be taken into account. It is the threat of the destruction of the world. In our case, Riga can be reached with the shot of one big cannon.

Latvian Foreign Minister: NATO membership of all three of these countries - Turkey, Sweden and Finland - is essential for Latvia's security interests
Jānis Lasmanis
Azov Commander Yaroslav Soloduha in an exclusive interview with Neatkarīgā: Now Azov is the whole of Ukraine
Elita Veidemane
LOC president Žoržs Tikmers: Nobody can abolish the Latvian Olympic Committee
Elita Veidemane
Citi Zēni go to Eurovision: determined and under no illusions
Sandris Vanzovičs
MP Romāns Naudiņš: For safety reasons, it would be better if the LNG terminal was state-owned
Jānis Lasmanis
MP Kāris Šadurskis: We can do much more with investment from companies from the civilized world than with the state alone
Jānis Lasmanis