MP Marija Golubeva: The President must also intervene because this is becoming a constitutional crisis

The Civil Union Law, which would give previously unattainable rights to unmarried couples - including same-sex couples - is currently stuck in a stalemate caused by a conflict of ideologies. The National Alliance (Nacionālā apvienība), working in the coalition, was helped to stop its approval in the final reading by an incident in the Saeima Legal Affairs Committee, when Aivars Geidāns, representing the Conservatives (Konservatīvie), changed his opinion on the draft law under unclear circumstances.
06.06.2022. Jānis Lasmanis 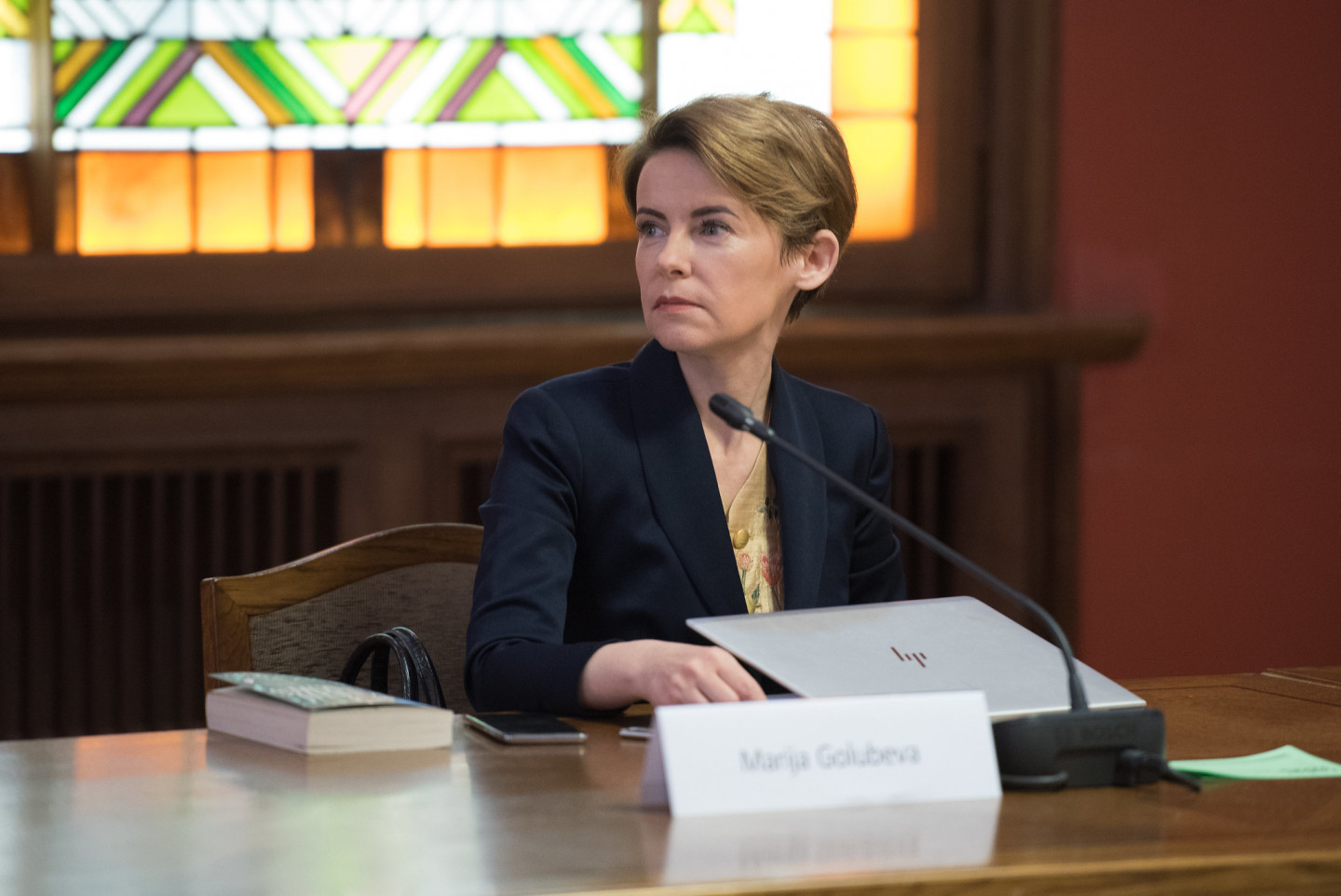 On May 18, during the vote in the committee on the final reading of the draft law, Geidāns twice explicitly stated that he would not take part in the vote. This action meant that the draft law would not be approved by the Committee, as the number of votes in favor and against it was equal [Audio recording of the meeting of the Legal Affairs Committee, voting on the draft law as a whole from 1:08:38].

However, after Geidāns had explicitly announced for the second time that he would not take part in the vote, his party colleague, the Chair of the Committee, Jānis Butāns, announced that there was an error in the system and called a two-minute technical pause. The vote resumed, but Geidāns now announced that he supported the draft law, thus ensuring that the Committee would proceed with its adoption by the Saeima.

Following this incident, a number of opposition MPs who do not support the bill in principle contacted the KNAB to check whether Geidāns had been illegally influenced during the pause. The Office saw grounds for such suspicions and launched a departmental inquiry.

This decision of the KNAB allowed Harmony (Saskaņa) to announce that its MPs would not participate in any way in the approval of the bill under suspicion. Before the vote in the Saeima, Jānis Iesalnieks, representing the National Alliance, also called on "both those who do not support this bill in concept and those who support it but do not want this bill to be overshadowed by, say, illegality, not to vote (...) for the bill as a whole, but to wait for the result of the KNAB's internal investigation, so that this shadow of doubt is really removed and the Saeima cannot be accused of, say, making some possible illegal decisions".

As a result, the National Alliance and the opposition did not take part in the vote, although they were present in the Saeima Chamber. With only Development/For! (Attīstībai/Par!), Conservatives and New Unity (Jaunā Vienotība) taking part in the vote, less than half of the members voted on the bill, which meant that the Saeima was not quorate, and the Speaker had to adjourn the Saeima.

Have you listened to the recording of the meeting of the Legal Affairs Committee in which the vote on referring the Civil Union Law to Saeima for a third and final reading can be heard?

No, I have not. I understand that the KNAB has launched a departmental inquiry, so it is unlikely that personal initiatives by MPs are necessary. I trust the KNAB.

Anyway, the suspicion is there and the KNAB has indeed launched a departmental inquiry. Was it right to try to approve a law in such a situation, when there is a possibility that it will be found to have been promoted by vote-buying?

First of all, I have no information that there might have been vote-buying. That is a broad assumption. There can be 100 reasons why a Member changes his position, and only one possibility is the one you have mentioned. Therefore, I would avoid throwing around accusations. I do not think that one should always see selfish motives in any change of opinion. It will lead us in the wrong direction as a country.

Given the current situation, what do you think the future course of the draft law could be in this parliamentary term? Is there any hope of it being approved, because it would not seem far-sighted to rely on the next Saeima?

I very much hope that MPs will realize - and there has been public pressure recently - that they have a constitutional duty to simply do their job. One can vote against, one can abstain, but not voting in an organized way, including the Speaker of the Saeima, is a way of showing the public one's indifference to one's duties and one's willingness to act to influence legislation by dishonest methods when one cannot get one's way by honest methods. I hope that there will not be many such cases in the Saeima. I believe that the President must also intervene because this is becoming a constitutional crisis. The Constitutional Court's judgment is clear; everything should be sorted out by the end of June. If the Saeima is unable to take the relevant decisions, the President of the State has grounds to intervene in order to prevent a constitutional crisis.

Chinese Ambassador Liang Jianquan talks about China's assessment of Russia's invasion of Ukraine and global security challenges
JPJuris Paiders
LRA President Jānis Jenzis: Tourism and restaurants are the first things people start saving money on. We won't have an easy autumn
MKMāris Krautmanis
Singer Marija Naumova: May peace be in our hearts
Santa Raita
University of Latvia Rector Indriķis Muižnieks: I'm bothering someone. But not the university
Elita Veidemane
Dancer Vija Vētra: I would also like to write a book
Santa Raita
President of the Latvian Council of Sworn Advocates: Latvia has a wide range of possibilities for confiscation of property
Uldis Dreiblats, Ritums Rozenbergs