Smartphone fee for music that people don't listen to

The restrictions from the Covid pandemic have hit the music industry hard, with no concerts and no profits. Understandably, the Ministry of Culture is trying to figure out how to help musicians, but at least one of the plans designed for the benefit of the music creators sounds rather dubious.
30.12.2020. MKMāris Krautmanis 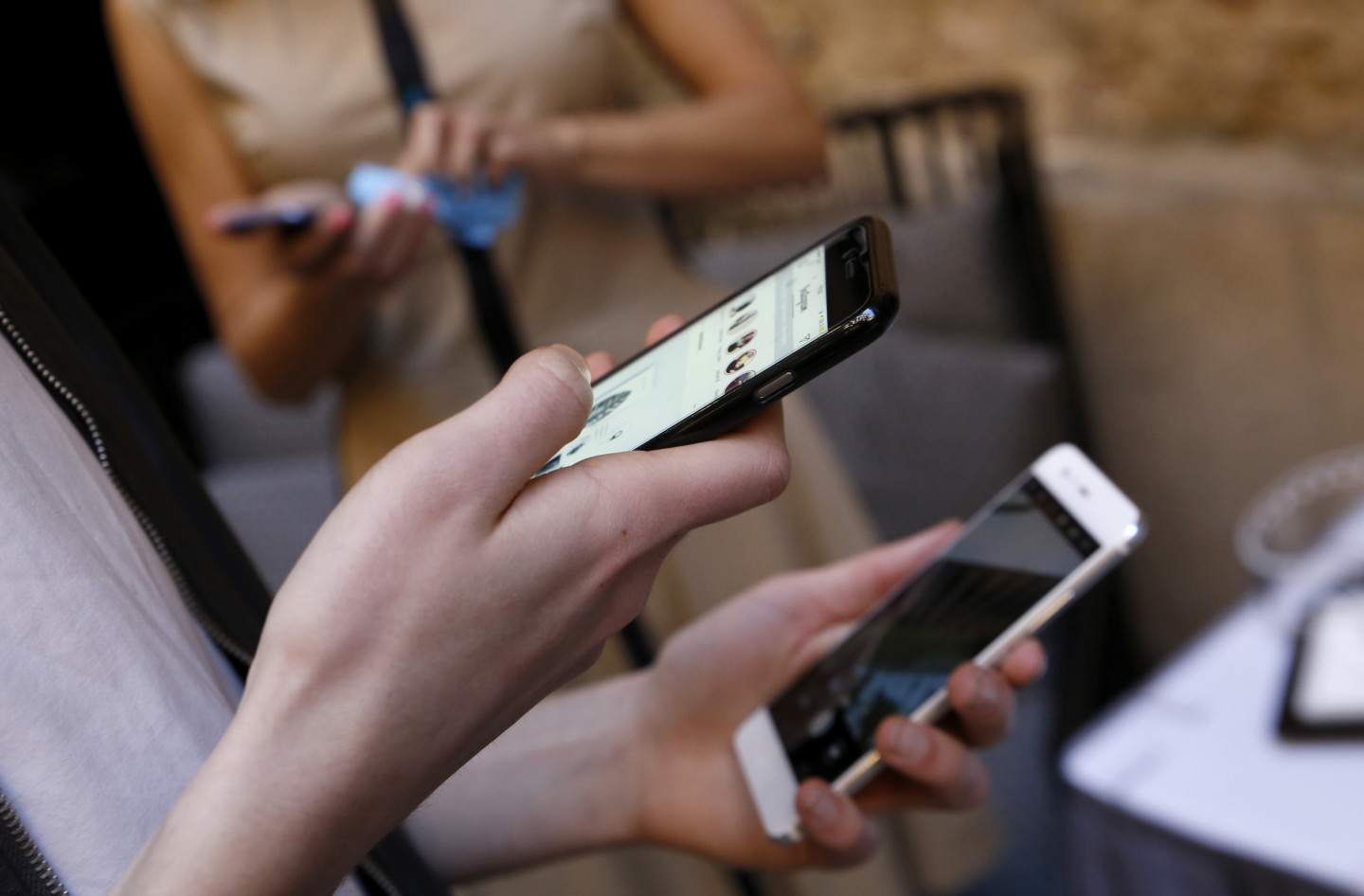 The royalty will no longer be levied on CDs and DVDs, as they are no longer in vogue, and demand for these media has fallen. However, it will be applied to internal and external hard drives in the amount of 2.85 euros and to smartphones - in the amount of 1.50 euros (without VAT) ©Kaspars Krafts/F64

As of March 1, next year, each purchased smartphone and internal or external computer hard drive is likely to be subject to a data storage fee. The taxation of smartphones is subject to amendments to the “Regulations Regarding the Amount of the Blank Tape Levy and the Levy of Equipment Used for Reproduction and the Procedures for the Collection, Repayment, Distribution and Payment Thereof” announced at the meeting of State Secretaries in early December. Changes in these Cabinet of Ministers' regulations have been initiated by the Ministry of Culture.

Minister of Culture Nauris Puntulis promotes the government's regulations by saying that they will provide us with a system of collecting media remuneration equivalent to other European Union member states, including neighboring countries, which will provide significant support to the creative industries. And additionally, the judgment of the Constitutional Court will be executed, which imposes an obligation to regularly re-evaluate the list of data carriers in connection with the changes caused by technological development. Who knows - maybe the new rules will fulfill, provide, and support something, but you have to look at what will happen with this fee in reality.

The data storage fee in Latvia has been levied since 2012. You have to pay 2.85 euros (without VAT) for each computer, 6% of the original price for each CD and DVD, 4% of the original price for each USB flash drive. Following the entry into force of the amendments, this fee will no longer be charged for CDs and DVDs, as they are no longer in vogue and demand for these media has fallen. However, it will be applied to internal and external hard drives in the amount of 2.85 euros and to smartphones - in the amount of 1.50 euros (without VAT). The Copyright and Communication Consulting Agency/Latvian Authors' Association (AKKA/LAA) wanted at least 2.85 euros to be charged for each smartphone, that is, no less than for a computer. The drafters of the bill rejected the proposal because a 2020 study shows that smartphone users use them less than computers for private copying of files. Therefore, the fee is lower. The system so far has been and will continue to be such that the collected media remuneration does not end up in the state budget or in any other common pot, but is immediately transferred to the authors, namely AKKA/LAA, which then distributes the money to the authors. 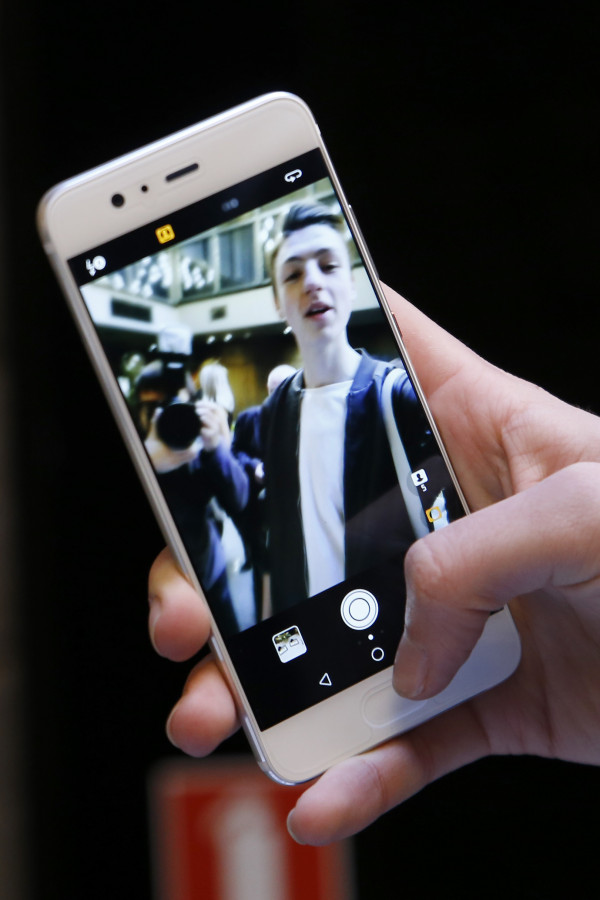 However, mobile operators and the Latvian Chamber of Commerce and Industry (LCCI) sharply criticize the new rules, AKKA/LAA is annoyed that the fee is still too low, no one is happy in the end.

On one hand, mobile operators and developers and marketers of new technologies should not have to worry about losing profits - IT and pharmaceuticals are the industries that have benefited from Covid. The good times for device sellers are not so unequivocally good either, because it must be taken into account that the purchasing power of the people will become less and less, and they will not be able to afford good equipment.

There is also the fact that smartphones and computers are no longer a luxury, but a necessity - without them, children cannot study, remote business cannot take place, even business trips can no longer be done without a Covidpass in your mobile phone. But the fee makes these devices more expensive. Ok,

the fee is not huge - one and a half euros per phone, but in essence it is money that AKKA/LAA and the Latvian Performers' and Producers' Association (LaIPA) are not entitled to.

The Latvian Information and Communications Technology Association (LIKTA) expressed incomprehension about the hastily directed amendments to the regulations of the Cabinet of Ministers, which plans on charging a fee to anyone who buys a mobile phone. LIKTA emphasizes that the latest study, which is used by the Ministry of Culture as an argument for imposing a fee on smartphones, was rushed and does not indicate the need for such a fee. Because only about 5% of all respondents copy legal copyrighted works to their smartphones. However, the Ministry of Culture proposes to apply the fee to all smartphones as a product category. Consequently, the data storage fee would also have to be paid by those 95% of smartphone users who do not copy content to smartphones at all. Most people who use a smartphone for music don't store mp3 files on their smartphone, but stream them, paying full copyright and related rights. In most cases, the only copyrighted object on one's phone is a photo of the user, but only the user of the phone or perhaps a photographer can claim rights to it. It turns out that every buyer of a new smartphone - a senior who can barely hear music but needs a phone to communicate with children, or an office worker who listens to music in his car while driving to work in the morning, or a farmer for whom music is associated with summer open-air parties or singing in a cultural house ensemble - have to pay because a very small percentage of people once in a while copy music to their phone. People have to pay for the fact that the tool they buy has the potential to be used to copy music. Although in most cases it will never be used for this purpose.

The copyright agency charges money when the music is played on the radio. At one time, AKKA/LAA even persecuted minibus drivers, forcing them to pay copyright for music played on the radio. Restaurants and cafes also paid the copyright agency for the music they played, which has now stopped in the state of emergency. However, AKKA/LAA and LaIPA also lay claim to foreign money as if in order to be able to pay for these copyrights and producers' rights.

Respectively, "that money is not that money at all", and a zit on the nose is treated by amputating the leg. It was comical when money for natural disasters was allocated to the establishment of a media ombudsman. In this case, too, the money is simply taken away from one and transferred to another need. There is no doubt that the music industry needs money, but it is doubtful whether it is right to get money for it through fees on mobile phones.