SKDS: Half of Latvians do not trust Egils Levits 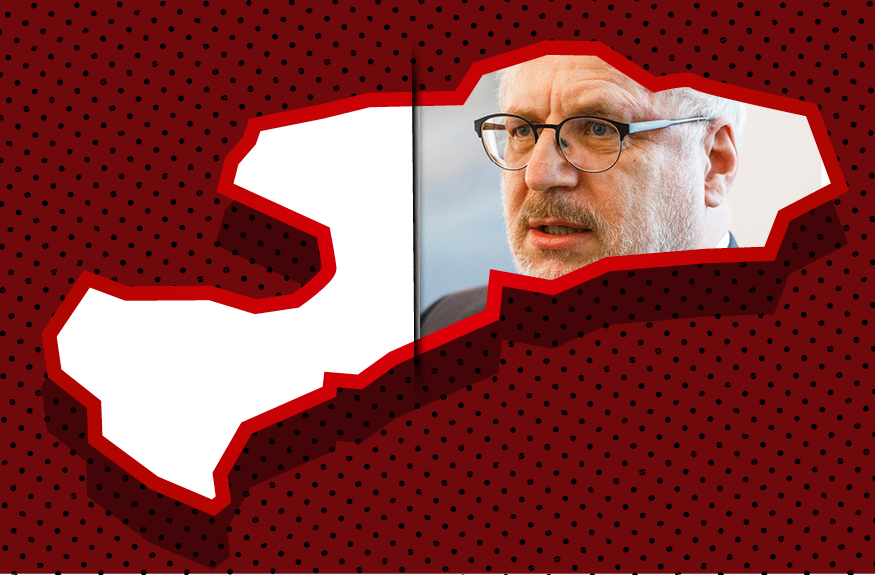 But something has gone wrong. A study by the sociology company SKDS on the dynamics of public opinion shows that trust in Egils Levits has diminished, so as not to say that it has experienced a quick dive downhill. In January last year, when data for 2019 were collected, Levits was positively assessed by 49 percent of the Latvian population, four percent had not heard of him, it was difficult to say for 21 percent, but 27 percent of the population rated his activity negatively.

It is now the case that 34% evaluate him positively, 2% have not heard of him, it is difficult to say for 15%, but 49% of the population evaluate his activity negatively. That's a pretty sad number - a negative rating means that there is no trust either.

Prime Minister Krišjānis Kariņš (New Unity, Jaunā Vienotība) has a very similar rating (negative - 50%, positive - 33%), but it can be understood - Kariņš is responsible for everything during this Covid horror and is forced to act - make unpopular decisions, make mistakes, correct mistakes and make mistakes again.

But what hinders Levits? He has no political responsibility, no practical work, he could be the nation's great father, teacher, and leader without risk.

It will probably be the case that dissatisfaction has multiplied and accumulated drop by drop from all sorts of seemingly small things.

Levits may have needed to show solidarity with his people and actively oppose the increase in his own and his chancellery's salaries. But not a sound was heard from him. In the end, he refused his salary increase, but the audience was already angry.

In March, State Real Estate (Valsts nekustamie īpašumi) signed an agreement with two companies for the production of copies of eight historical chairs for 32 thousand euros. These copies will decorate Čakste Hall in Riga Castle. It is unlikely that Jānis Čakste, if he were alive, would allow such chairs in his hall at a time when thousands of people are sitting at home without work and food.

In April, even happier news appeared that new furniture worth 64,615 euros will be delivered and installed at Egils Levits' residence in Jūrmala. How great! Chefs, tour workers, and hoteliers are already tearing out their hair in despair, but now at least for furniture delivery there has been some procurement and work.

Levits' pattern of behavior has not been proactive throughout the year. A classic example of this is watching the stormy hyperactivity of the already former Minister of Environmental Protection and Regional Development Juris Pūce (AP) in redrawing the map of municipalities. Once the reform was in full swing, Levits came with a loud but empty initiative to pass a law of historic lands, which has only a decorative, not an economic and legal significance.

Of course, Levits' powers are limited, and he can't do much, but he can do some things. For example, amendments to the Criminal Procedure Law, which are, to put it mildly, flawed, were sent back for reconsideration. However, Levits pretended not to hear the desperate requests of the sworn lawyers not to announce the amendments.

Levits seems to be present, but at the same time he is not. He is not there when he should give encouragement, reassurance, inspiration during critical moments. And even if he is there, then he is not enough.

It is also the case that a large part of the Latvian nation has suffered from the Covid stress psychologically. People no longer understand humor, irony, sarcasm, but perceive what is said or written directly. Egils Levits didn't mean anything bad by it - it was a bit like black humor, saying that those people who died with Covid will not have Christmas. With that, the President wanted to warn everyone. But many saw it as the ultimate cynicism, as a mockery. Because if a person sits at home without money and payment deadlines are breathing down his neck, his thinking changes and he no longer wants to laugh. In an even gloomier light, what was said by Egils Levits was seen by those who were sick with something or worse, with Covid.

At the very end of the year, the President at least pulled himself together so much that he gave a somewhat normal anniversary speech. It could be seen that this time the speech was prepared beforehand, it has been honed to get better. It cannot be said that he has regained his popularity with this. Puaro portal had conducted a survey of its readers and found that only about eight percent of respondents liked the president's speech. But at least it's a step towards rehabilitating your image.

It is not good for a country to be run by an unpopular president. It would be good if the President summoned his strength this year and became a leader of opinion, not a passenger.