After reading the abbreviated judgment in the so-called Lembergs case, the Riga Regional Court also issued an ancillary decision asking the State Police to assess whether it would be necessary to initiate criminal proceedings against former Swiss lawyer Rudolfs Meroni for non-compliance with the court decision.
24.02.2021. Uldis Dreiblats, Ritums Rozenbergs 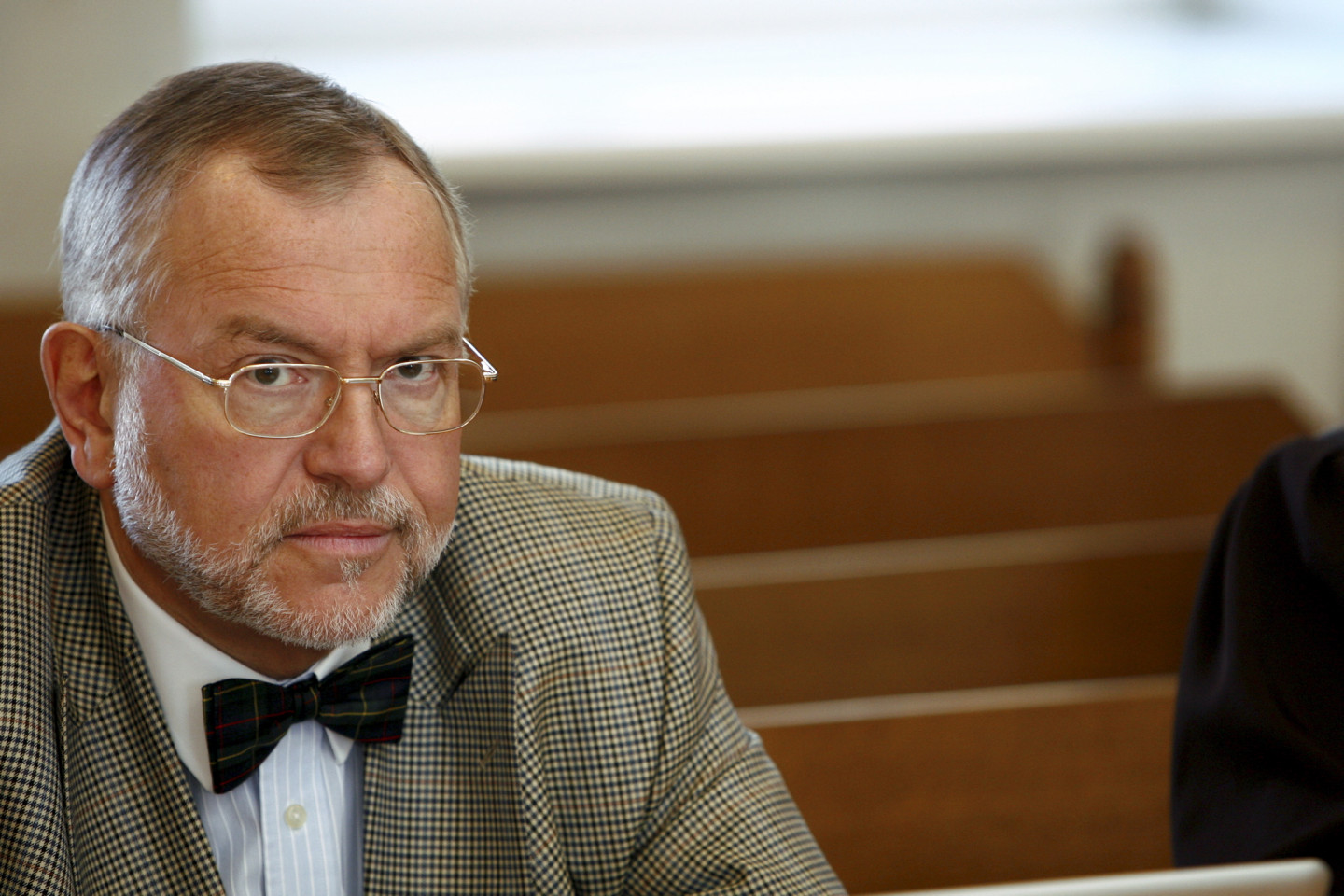 "I WAS A POWERFUL AND I WILL BE A POWERFUL!" So far the only decision by the Latvian authorities against Rudolfs Meroni that has been troublesome for him was when the Riga Regional Court legally deprived him of the seized property last year. He then had to start responding to letters from some weird Provision State Agency written in a language that was not even an official language of Switzerland. It is not yet known whether his position will be undermined by Monday's court ruling - that the State Police might just investigate whether this would deserve criminal proceedings if the decision to transfer the seized property is not executed. ©Dmitrijs SUĻŽICS, F64 Photo Agency

It should be reminded that this is by no means the first criminal proceeding, the initiation or non-initiation of which against R. Meroni is decided at the law enforcement authorities or their backrooms, or some other backrooms.

For example, the status of the custodian of property for the former Swiss lawyer R. Meroni was revoked by the Riga Regional Court on August 17 last year precisely because criminal proceedings had already been initiated against him under Article 308 - “Illegal Actions Involving Pledged, Attached and Removed Property” or, more simply, for squandering seized property.

However, the Riga Regional Court had not received a clear confirmation of this status of R. Meroni from the State Police but had inferred it from the context of legal norms. Namely, the Riga Regional Court had received a letter from the Organized Crime Enforcement Department of the State Police that in connection with the possession of the property seized from the Lembergs family, criminal proceedings had been initiated under the aforementioned Article 308. The court concluded that criminal proceedings had been instituted against all the custodians of the seized property, including R. Meroni. And, in accordance with Article 61 of the Criminal Procedure Law, the court concluded that "Rudolfs Meroni is considered to be a person against whom criminal proceedings have been initiated".

From the above, Neatkarīgā concludes that R. Meroni could not yet be involved in the proceedings, so he does not have the right to a defense (in simple terms, criminal proceedings are conducted reluctantly, if anything at all is done there).

Among other things, these criminal proceedings were initiated reluctantly (initially it was refused to initiate criminal proceedings) upon the application of journalist Lato Lapsa, who had calculated a few years ago that JSC Ventbunkers, JSC Kālija Parks and JSC Ventspils Tirdzniecības Osta controlled by R. Meroni have pledged the seized shares to JSC Latvijas Naftas Tranzīts, also controlled by R. Meroni. Among other things, why was this not found to be a fictitious transaction for the purposes of money laundering?

The court now calls on the State Police to assess whether Meroni should not be prosecuted "for non-execution or delay in execution of a court decision", i.e., for Meroni's failure to hand over the seized property to the Provision State Agency, as decided by the court.

Meanwhile, the portal Pietiek.com writes that the management of the Provision State Agency will change, and you do not have to be a psychic to understand that this change of management is due to the seized property - that is, the inability to take over this property from R. Meroni.

No answers have been received yet.