Proposal to punish the display of USSR army equipment, not its removal

Since the end of February, the State Police has been investigating a criminal case in which the person guilty of unauthorized dismantling of a memorial - a cannon - in Jēkabpils might be sentenced to up to two years in prison. In its turn, the National Alliance (Nacionālā apvienība) wishes to make it so that in the future people would be punished not for the dismantling of such monuments, but for their exhibition and maintenance. The party also has like-minded people in Parliament.
19.03.2021. Jānis Lasmanis 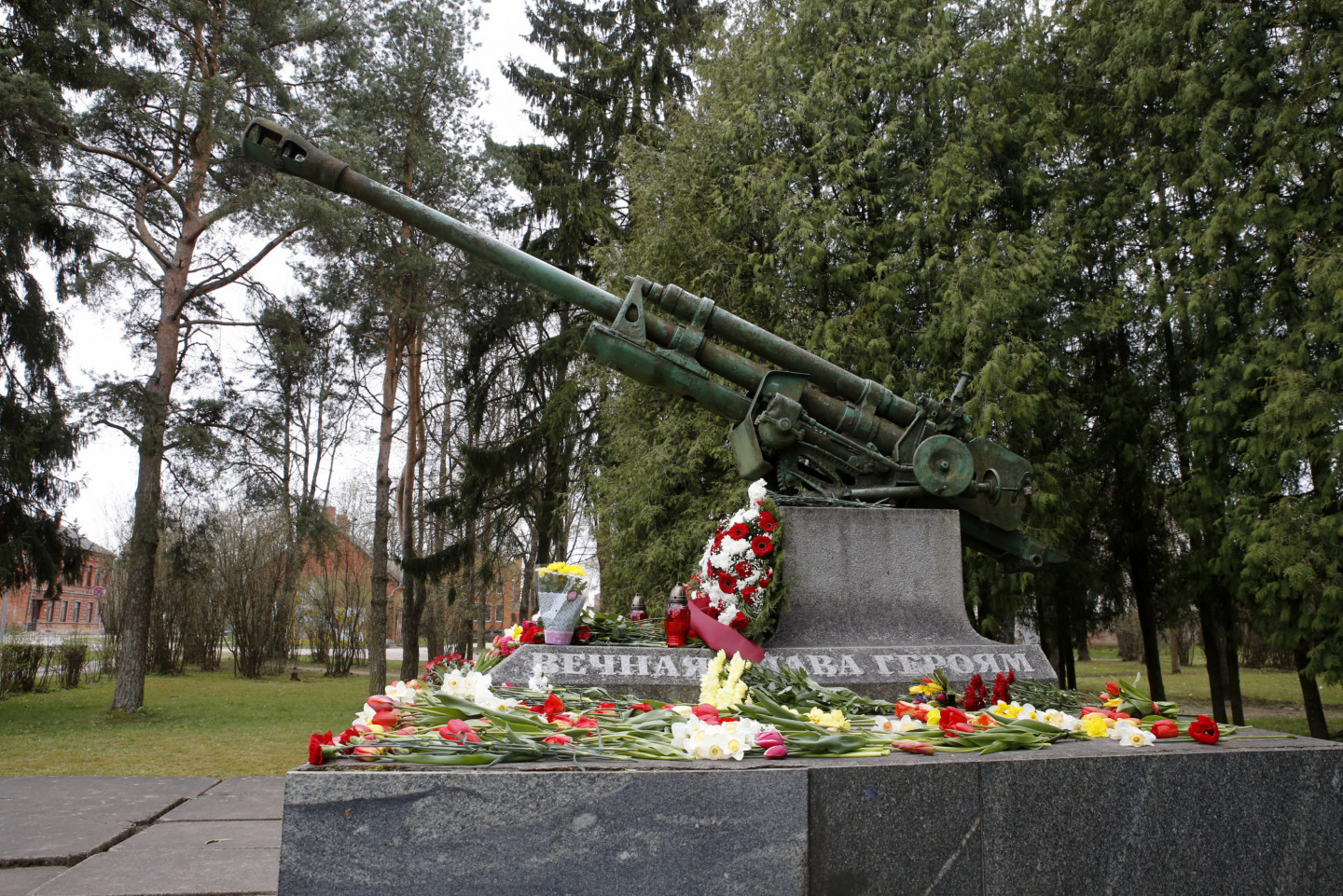 At the end of February, the Latvian information space was flooded with the news that the Soviet-era cannon, which had been installed in the Jēkabpils city park in 1976 in memory of the heroes of the Soviet Union, had disappeared.

The police, having identified the possible culprits and the equipment involved in the dismantling process, have initiated criminal proceedings under Article 229 of the Criminal Law for the relocation of a cultural monument under state protection. The law provides for imprisonment of up to two years or temporary imprisonment, or community service, or a fine for such a criminal offense.

However, the National Cultural Heritage Board (NCMP) has already indicated that the cannon dismantled in Jēkabpils is not a state-protected cultural monument. However, it is located in the “Jēkabpils Historical Center” monument protection zone, therefore arbitrary actions are not allowed not only from the point of view of morality but also from the point of view of cultural heritage protection, emphasizes NCMP public relations specialist Elvita Ruka.

Such a status quo does not satisfy the National Alliance, which, in response to the events in Jēkabpils, has come up with a bill that would penalize landowners who exhibit the war equipment or elements of the totalitarian regime.

"For the public display of weapons, military equipment and elements of the former USSR or Nazi Germany, if it exceeds 30 days, except for museums, a warning or fine shall be imposed on a natural person up to seventy fine units and on a legal person up to five hundred and eighty fine units,” is the article that the National Alliance wishes to add the Law on Administrative Penalties for Offences in the Field of Administration, Public Order, and Use of the Official Language. One fine unit is five euros, so a natural person could be fined 350 euros if the bill enters into force, and a legal person - 2900 euros.

The author of the bill, Edvīns Šnore, makes no secret of the fact that the document was made in response to events in Jēkabpils and states that the owner is responsible for what happens on his land.

"The task is to motivate the removal of these monuments because the situation that such quote-unquote monuments stand for 30 years after the end of the occupation is not acceptable. In addition, in some cases they are not related to any war or burials," says the politician, adding that

Krišjānis Feldmans, the deputy chairman of the New Conservative Party (Jaunā konservatīvā partija) Saeima faction, confirmed to Neatkarīgā that the party might support the initiative of the National Alliance. He believes that the bill should definitely be submitted to the committee and it should be clarified whether the wording of the bill is also applicable to deactivated weapons.

Jānis Urbanovičs, the leader of Harmony (Saskaņa), is predictably skeptical about the draft law. "I think they [the National Alliance] have nothing better to do. They can't find meaningful work, so they practice inciting people with insignificant things,” says the politician.

The National Alliance has not been able to find out the exact number of such Soviet army attributes scattered throughout Latvian municipalities, but the Jēkabpils cannon is certainly not the only one.

"We turned to the various institutions responsible for these matters and they basically showed us the way from one institution to another, but no one could really say exactly how many there were. They are not officially counted, as far as I understand,” says E. Šnore.