Expert: Sedentary lifestyle poses a higher risk than the vaccine

By vaccinating millions of people at the same time, rare diseases and rare side effects of vaccines are expected to come to light, and our task is to analyze the available information and understand whether there is a connection between these diseases and vaccination, emphasizes Dace Zavadska, Chair of the National Immunization Council.
20.03.2021. Inga Paparde 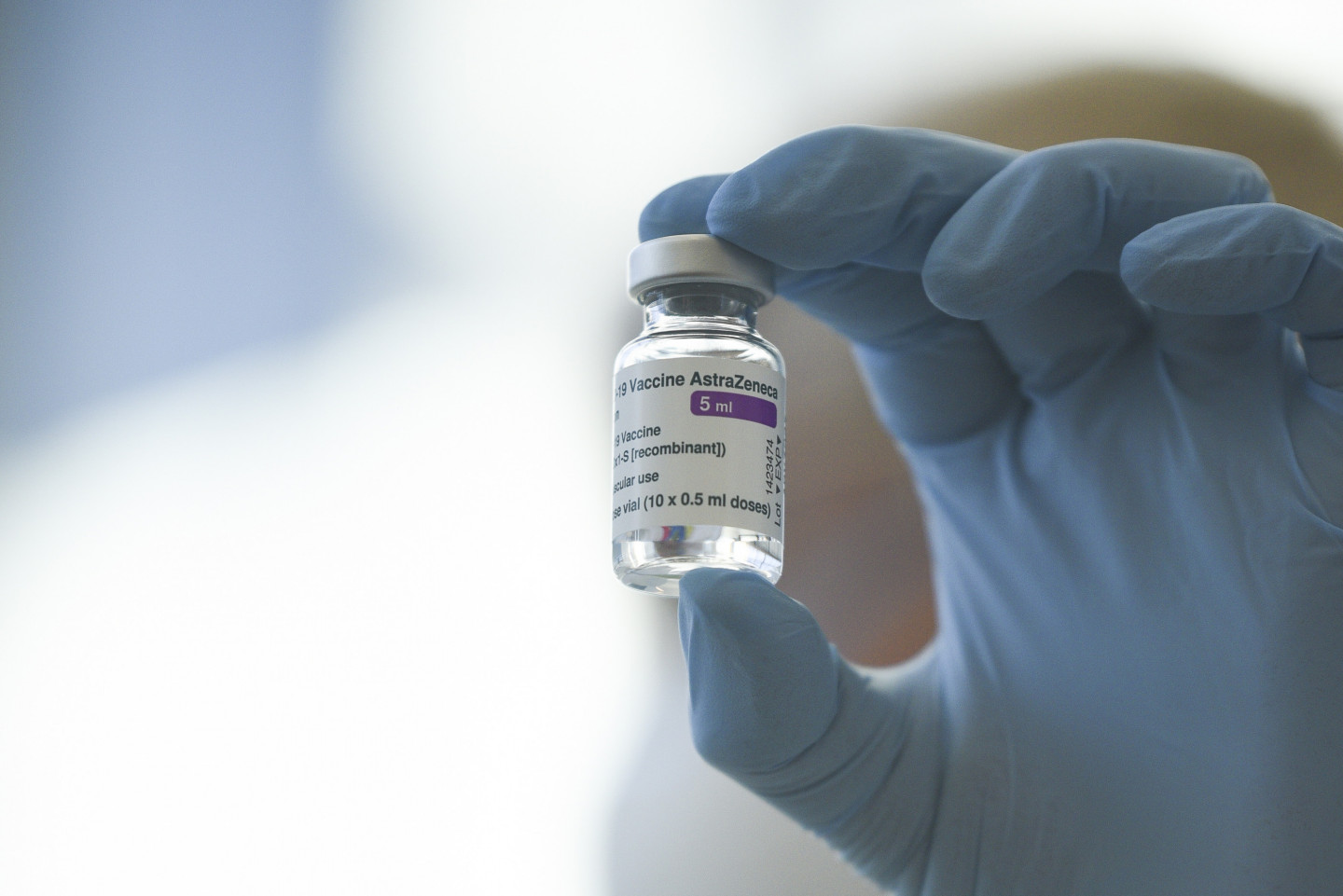 VACCINATIONS CONTINUE. This week, Latvia has resumed vaccinating the population with the AstraZeneca vaccine, as the European Medicines Agency has confirmed the safety of the vaccine, while continuing to investigate some specific cases. ©Mārtiņš ZILGALVIS, F64 Photo Agency

When launching mass vaccination, experts realized that situations like with the University of Oxford's AstraZeneca vaccine or other vaccines can arise, as it is the responsibility of all countries to report vaccination-related adverse events. "What is happening shows that the pharmacovigilance system and control are working," said Dace Zavadska.

A number of European Union countries temporarily suspended the use of this vaccine this week until the European Medicines Agency gave its opinion. Latvia also temporarily suspended vaccination with AstraZeneca on Monday, based on reports from some European Union countries on thromboembolism and similar cases observed in various periods after receiving the vaccine. The safety committee of the European Medicines Agency carried out further research into reports of these conditions in patients and issued a conclusion on Thursday that would allow countries to keep using the vaccine to vaccinate the population against Covid-19.

Emer Cooke, Head of the European Medicines Agency, said the committee had reached a clear scientific conclusion that AstraZeneca was a safe and effective vaccine and that the benefits of protecting people from Covid-19 and the associated risks of death and hospitalization outweigh the potential risk. However, in view of the rare cases of patients being found to have a risk of blood clots, the European Medicines Agency's experts recommend that doctors and vaccine recipients be further informed about these risks. The Agency recommends that a description of these cases of thromboembolism be added to the basic information on the vaccine.

Higher risk for women under 55 years of age

Zane Neikena, a senior expert from the Pharmacovigilance Division of the State Agency of Medicines and the Latvian representative of the Pharmacovigilance Risk Assessment Committee of the European Medicines Agency, said that the agency had examined in great detail all reported cases as soon as concerns about the vaccine were raised. The experts assessed all the evidence, work was done 24 hours a day and involved all available experts, including in blood diseases. The experts worked with the UK in particular, as it was there that the largest number of people, 11 million, were vaccinated with AstraZeneca.

"The European Medicines Agency has concluded that AstraZeneca is safe and effective, and its benefits many times outweigh the risks of very rare side effects, and there is no evidence of any quality problems with the vaccine itself or its batches," said. Z. Neikena. The experts also concluded that, overall, the incidence of thromboembolism, both in pre-registration and post-registration studies, was lower than expected in the general population. The assessment also found that the vaccine was not associated with an overall increased risk of thrombosis in vaccinated individuals. However, at the same time, Z. Neikena acknowledged that some uncertainties remain, as very specific cases of thrombosis, which is a blood clot, combined with thrombocytopenia (a decrease in the number of platelets in the blood) have yet to be considered. In some cases, patients developed small blood clots in small blood vessels between seven and 14 days after vaccination. A total of nine deaths have been reported, with women under the age of 55 being at the highest risk. In Latvia, a different group of patients has been vaccinated with AstraZeneca, namely seniors, and as experts point out, the cases identified do not apply to seniors. "However, to reduce the risks, it is important that all doctors are aware of this unusual set of symptoms and that they are aware of the first signs of such a disease, so the European Medicines Agency has recommended that the vaccine description be supplemented with a description of these risks," Z. Neikena said. Signs of these health problems include bruising of the skin, headache, shortness of breath, chest pain. The State Agency of Medicines has confirmed that vaccination services, GPs and all those involved in the vaccination process will receive guidance outlining all these risks in the near future.

There are currently 23,000 doses of AstraZeneca vaccine in stock in Latvia and all of them have been authorized to use.

Sedentary lifestyle poses a higher risk than the vaccine

Sandra Lejniece, Head of the Department of Chemotherapy and Haematology at Riga East University Hospital, Professor at Riga Stradins University, notes that

the rare issues after vaccination with AstraZeneca have been reported in women aged 20 to 55 years. These cases are extremely rare and occur in one to five people per million people per year.

However, the doctor emphasizes that you should not panic at this time, even if one of these risk groups appears. "It is important to assess whether these women have had any immune diseases, what medications they use, if they use hormonal contraceptives, which is also a risk factor for thrombosis," said Professor Sandra Lejniece. 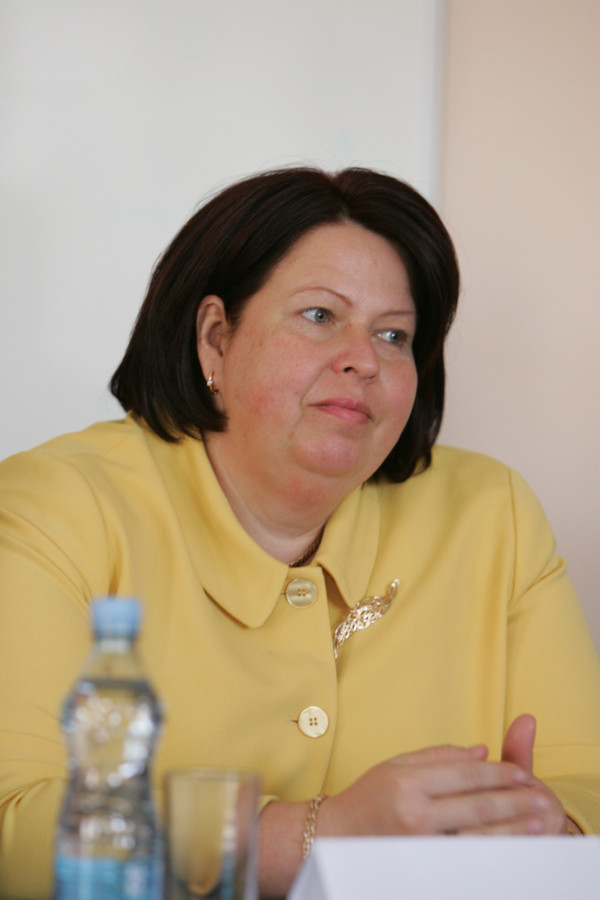 OPINION. Professor Sandra Lejniece, Head of the Department of Chemotherapy and Haematology at Riga East University Hospital, points out that the rare issues after vaccination with AstraZeneca have been reported in women aged 20 to 55 years. These cases are extremely rare and occur in one to five people per million people per year. / Lauris Vīksne /F64

There is an even greater risk when using hormonal contraception in combination with smoking. "There is currently no reason to question the vaccine, but the recommendations of the European authorities must be followed," said the professor. She calls for people to consider the data on the number of people who die from Covid-19 complications per day in Latvia, and look at what are the benefits and lives saved with vaccines against the very low risk vaccination poses, if at all.

However, the doctor added that tests are ongoing and that antibodies to platelets that bind to a specific platelet surface receptor are being sought and that pathogenesis may be detected. If antibodies are found in tests next week, you may be able to say that there is some connection between vaccination and the immune response.

Dace Zavadska, head of the Immunization Council, emphasizes that by vaccinating millions of people at the same time, rare diseases and rare side effects of vaccines are expected to come to light, and "our task is to analyze and discover whether there is a connection between vaccination and these diseases." The current situation shows that the vaccine control and monitoring system is working.

The Immunization Council will continue to follow the recommendations of the European Medicines Agency and the World Health Organization. GPs will receive specific recommendations on symptoms that should be especially noted, but the main conclusion at present is that a causal relationship between thrombosis and the vaccine has not been established.