The Court basically wants to gift the seized property to Meroni

In the abbreviated judgment, copying the accusation written by the prosecutors word for word, comma for comma, copying the prosecutor's decision to seize the property in 2007 in the section on confiscation of property, the Chamber of Criminal Cases of the Riga Regional Court, led by Judge Irīna Jansone, has basically ruled, among other things, that Rudolfs Meroni could retain shares in a number of companies registered in the British Virgin Islands.
15.06.2021. Uldis Dreiblats 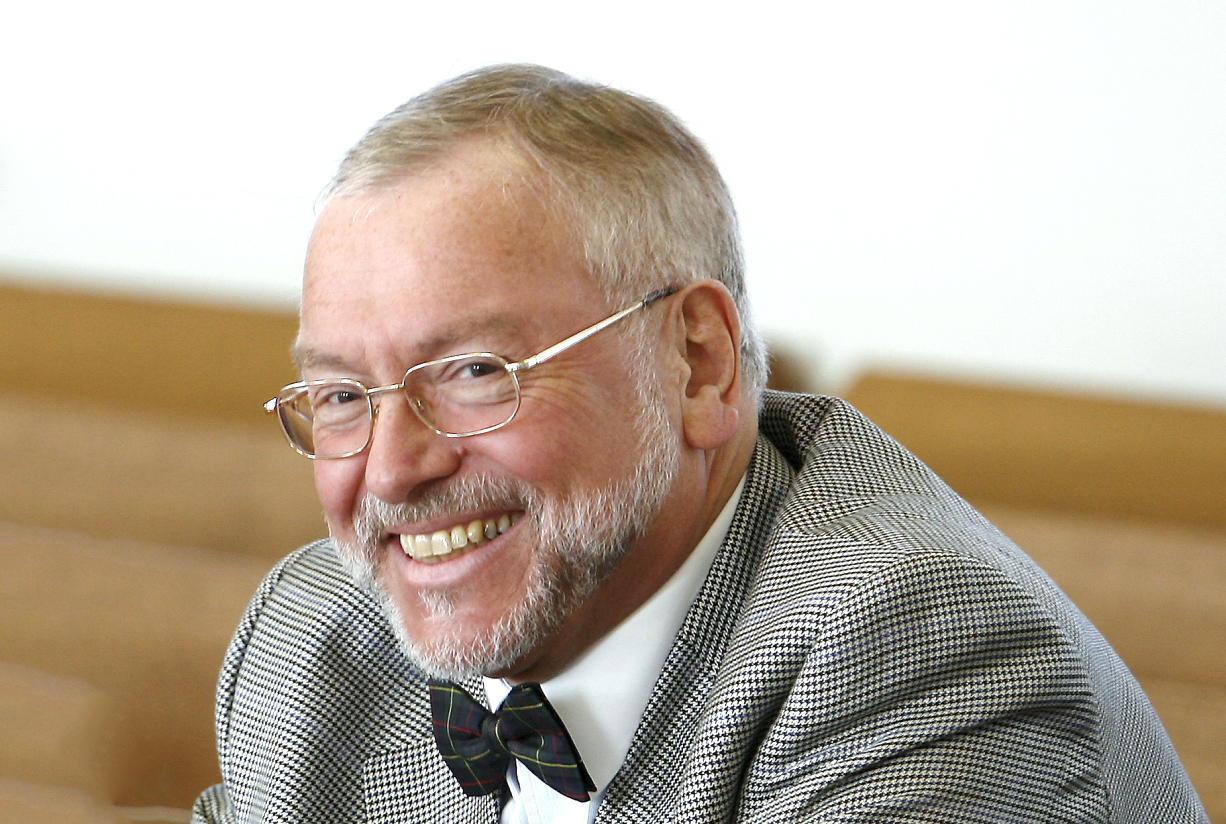 FOR NOW HE ONLY CONTROLS, BUT SOON WILL BE THE OWNER. Latvian authorities gradually pave the way for Rudolfs Meroni to become the owner of Ventspils transit business completely legally ©F64

Of course, this is only a first instance judgment - the final clarity in the so-called Lembergs case will be introduced only by the Senate of the Supreme Court, but it is impossible to predict when such a judgment can be expected.

Converts and takes for himself

On what basis is the assumption that the real value of the seized property was ruled in favor of R. Meroni by the Court of First Instance?

On December 18, 2015, R. Meroni provided written evidence to the court on his own initiative, stating, among other things, that at the end of 2009 he had changed the seized property, converting the bearer shares of nine seized companies registered in the British Virgin Islands into registered shares (legally different securities). In addition, R. Meroni informed the court that he had registered the company Eurocom International Ltd. as the legal owner of these companies, in which R. Meroni himself was an official and probably also the owner.

What follows from this fact?

First, the bearer shares no longer have legal effect, and from the end of 2009 the newly issued registered shares prove ownership, which are therefore owned by R. Meroni's Eurocom International Ltd.

Second, the bearer shares no longer have any real value (apart from the potential numismatic value, as this type of share should be issued in paper form - there might be collectors who would be willing to pay as much as tens of euros for these historical artifacts).

But then what did the chamber of the Riga Regional Court panel decide?

The chamber of the Riga Regional Court decided to confiscate these almost worthless bearer shares, thus leaving R. Meroni in control of the real, legally endowed registered shares through which R. Meroni controlled and continues to control large Ventspils companies.

Let's look at two examples: Barnes Industries Limited and Briskly Limited. These are two “key companies” in the Ventspils transit business, as the real ownership (i.e., registered shares issued at the end of 2009) of Barnes Industries Limited through a chain of several companies allows control of JSC Ventbunkers, but the real ownership (i.e., registered shares) of Briskly Limited allows control of JSC Ventspils tirdzniecības osta.

Here are excerpts from the abridged judgment read on February 22 this year:

Who wrote the judgment?

The Court was, of course, aware that the bearer shares, which were now being confiscated, had no legal effect and no real value since 2009, as R. Meroni's testimony that he had converted them into other securities was read out in the court meeting.

Here is an excerpt from this testimony. 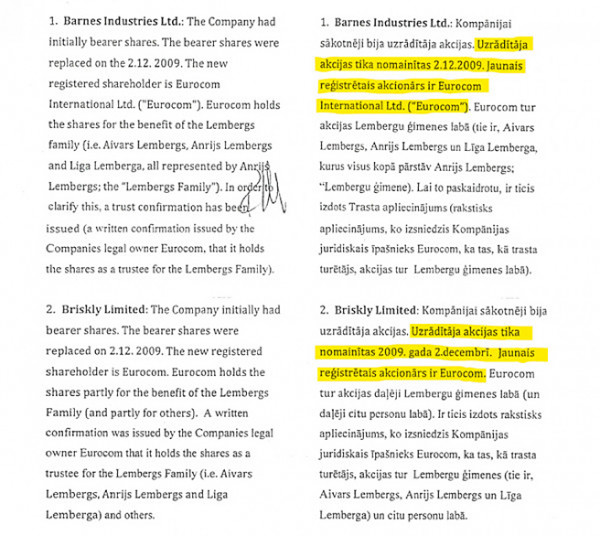 In addition, given that R. Meroni was no longer summoned to testify at the end of 2015, Aivars Lembergs asked the court to ask him written questions - is the seizure of property still valid; with which Latvian authorities the replacement of bearer shares with registered shares was coordinated; with which it has been agreed that the new owner of the shares will be Eurocom etc.

However, the court did not conduct any investigation into the incident and did not arrest the newly issued shares.

The issue described here is another vivid example that allows us to conclude that the Chamber of Criminal Cases of the Riga Regional Court is not the author of the abbreviated judgment at all.

Previously, based on the facts, Neatkarīgā drew similar conclusions in the publication of May 14 of this year “The court did not write the judgment, it simply copy-pasted from the accusation” and in the publication of June 4, "The abbreviated judgment in the Lembergs case was not written by the court itself." These publications analyze how the court copied in the abbreviated judgment what was written in the prosecutor's procedural documents with all the errors, contradictions, grammatical and factual errors.