President Levits urges people to get vaccinated with Stalinist expressions

A debate took place in the European Parliament on January 27, 2021, culminating in the adoption of Resolution 2361, which calls on the Member States of the European Union to ensure that the public is informed that vaccination against Covid is completely and absolutely voluntary.
16.06.2021. MKMāris Krautmanis 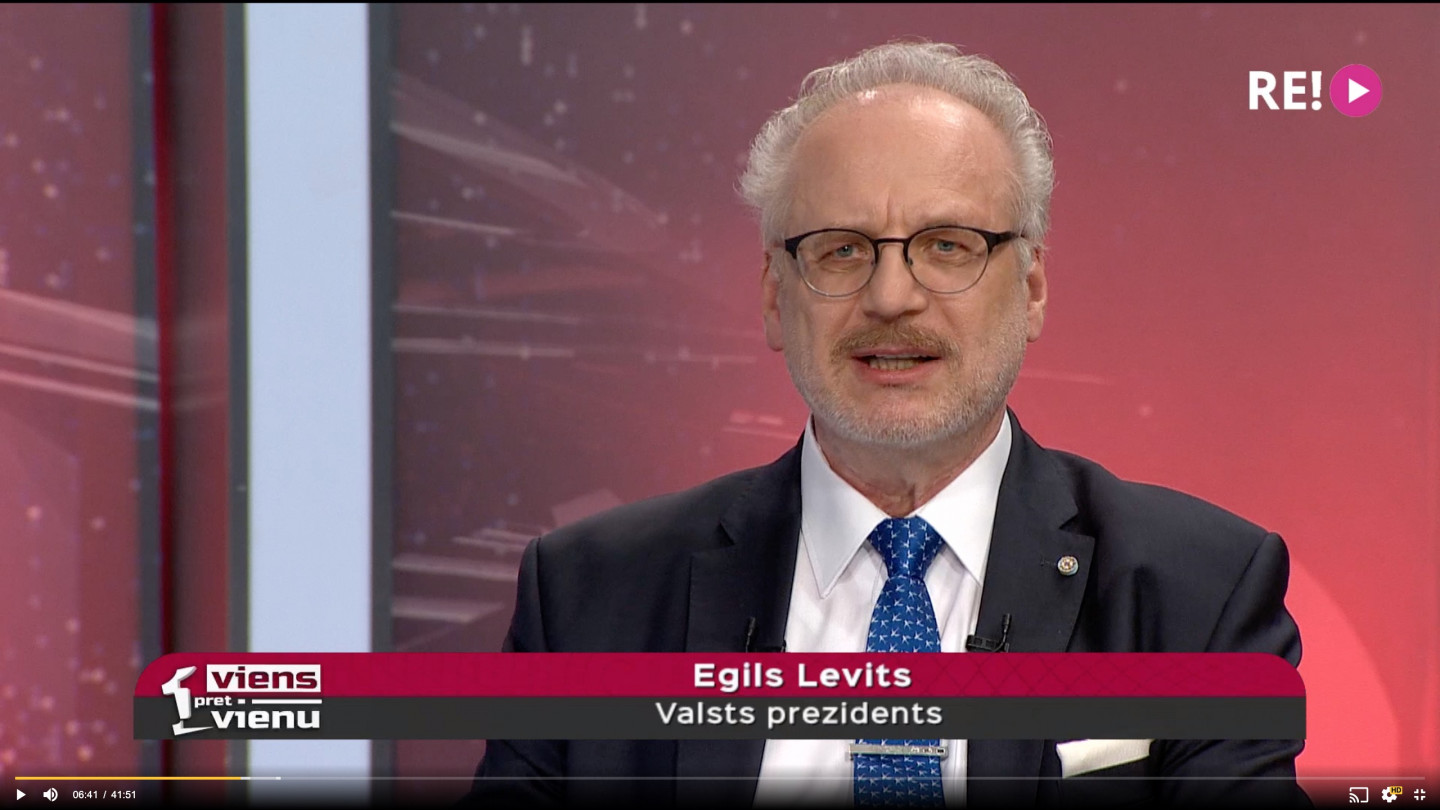 States must ensure that no one is discriminated against politically, socially or otherwise for not wanting to be vaccinated, either for health reasons or for other reasons. The resolution also says that countries must provide transparent information on agreements with vaccine manufacturers, and many other nice things are written there.

Unfortunately, what is written on paper does not always work when it comes to reality, and there is a kind of hypocrisy across the European trend of non-discrimination. Discrimination of one kind or another already exists because people are already divided into groups - one group is vaccinated, recovered from Covid or with a fresh negative Covid test; the latter is those who do not want or cannot be vaccinated.

What is it then? As in a Soviet-era school, workplace, army that have all sorts of jobs and responsibilities - "optional, but compulsory". Because people are beings with a tendency to socialize - we want to meet other people in concerts, gyms, parties, pubs, museums, churches and libraries. He who has been vaccinated dances with joy, but the unvaccinated can stand on the sidelines and cry. He who has been vaccinated will enjoy beer and sausages, but he who has not been vaccinated will only salivate. From yesterday, some cafe, pub and restaurant customers can once again feast indoors. Which customers are allowed to come inside but which must, as before, dine outside will be determined by the catering staff, who will be responsible for verifying the existence of a valid Covid-19 certificate. Caterers are protesting that they are being asked to play the role of a controller and sort customers.

No one is discriminated against, but vaccination is mandatory in the Latvian National Armed Forces. Vaccination is not mandatory, but soon without the vaccination digital document, you will not be able to work anywhere where you have to meet other people - neither in a public institution nor in a private business.

It cannot be said that Latvia is the only country where politicians occasionally blurt out some interesting phrases. The Italian Deputy Minister of Health announced in February that he would not rule out the possibility of making vaccination compulsory for the general public if the uptake of vaccination in the campaign did not reach a satisfactory level. In Spain, already at the beginning of the year, there was a plan to establish a register of people who decide not to vaccinate. To then share this register with the other EU Member States. But Latvia is also just beginning to approach the point where a deadly (literally) delay in the pace of vaccination, lagging behind the entire European Union (excluding Bulgaria) will no longer be due to a lack of vaccines, but due to the fact that there will be people who do not want to be vaccinated. At present, almost 30% of the population have received at least the first dose of the vaccine, which is much less than in Estonia and Lithuania, but at least it's something.

And this raises concerns about how the high state power and the government of Krišjānis Kariņš (JV) will behave in these new circumstances and challenges, which has already proved its failure and greed in deeds and words, by incompetently organizing vaccinations, making inconsistent restriction decisions and squandering money. Well, at least Kariņš has not really stood out yet, but on June 8, President Egils Levits stated in the LTV program “1 pret 1” that from a legal point of view a different treatment of vaccinated and non-vaccinated people is justified, because everyone who wants to get vaccinated can do so. "You can't, just because for some reason you have decided that you won't get vaccinated, endanger society," Levits said. He pointed out that there were medical reasons and some other "very, very important reasons" why some people might not get the jab, but these were exceptions. If there are no such justifiable reasons, but the person does not intend to be vaccinated, "you are acting anti-socially, anti-community", Levits said in the same program, in which he also praised the government for stumbling and slipping towards the right goal, considered the possibility of organizing the Student song and dance festival, analyzed the situation with Varakļāni, and talked about many other things for 40 minutes.

The deportation of June 14, 1941 was justified by the Stalinist propaganda of the USSR with quite similar vocabulary, saying that it was a fight against "criminal and anti-social elements". But that's merely a sidenote - just a coincidence.

It's not good to say that. The leader of the nation should take care of his own "oral discipline", otherwise, by saying things like that, he is convincing a large number of people even more that vaccination is not necessary.

And I'm afraid to imagine what other officials might say, inspired by the President. My heart grows even colder, thinking about what decisions and laws will come in place in the fall. If the government has acted as it has so far, then anything can happen in the future, things that we cannot yet imagine.

What we are seeing is a vaccination campaign with popular opinion leaders, which was launched very early and is also a kind of diagnosis of the aimlessness of the government - the inability to understand what is needed at what point. But fine - when this money is distributed to the PR offices close to power, well just beg the EU for more.

The second direction of urging, which is already beginning to emerge, is to intimidate, threaten, curse, humiliate, reject, impose, punish.

The Auditor General has dismissed his press secretary Līga Krapāne, who signed a letter with questions for the officials. It was not "misinformation" as people say; it was just questions. So you can't even ask anymore, because it can cause outbursts of anger from the boss (prime minister, minister, president).

For people living in various information bubbles, where even some highly educated people are convinced that vaccines are designed to reduce the number of people in the world and are made from chimpanzee DNA to enslave humanity, you won't be able to convince and prove a thing with such methods. You need to explain what this disease is, what these vaccines are. There is also a real need for transparency, not secrecy, as was the case, for example, in Latvia on January 28 when "in honor of" the European Parliament's resolution of January 27 against discrimination and opacity - the Ministry of Health under Daniels Pavļuts (AP) stamped the report on Covid vaccines as restricted access.

You shouldn't try to persuade people about the need for vaccination using threats, rather you should explain. Unfortunately, there is very little explanation - instead there is primitive propaganda and threats.

Comment
Covid is the only thing keeping migrants in Mucenieki
Imants Vīksne
How much longer will Kariņš continue talking nonsense and inciting people?
BLBens Latkovskis
The exclusive charm of straw-thatched roofs
DSDaiga Stokenberga
The Latvian army firing blanks may one day not be enough
Elita Veidemane
Who got the 3 billion euros from Covid?
Ilze Šteinfelde
The higher the proportion of people with mental impairments, the higher the percentage of the vaccinated!
JPJuris Paiders