Prior to the Russia-US summit in Geneva, political observers split into two camps when predicting its results. In idealists and realists. The former believed that any dialogue, any face-to-face meeting is good and promotes stability in the world, even if both sides remain true to their own beliefs, while the latter saw even the meeting itself as a victory for Putin, which won't increase peace in the world.
18.06.2021. BLBens Latkovskis 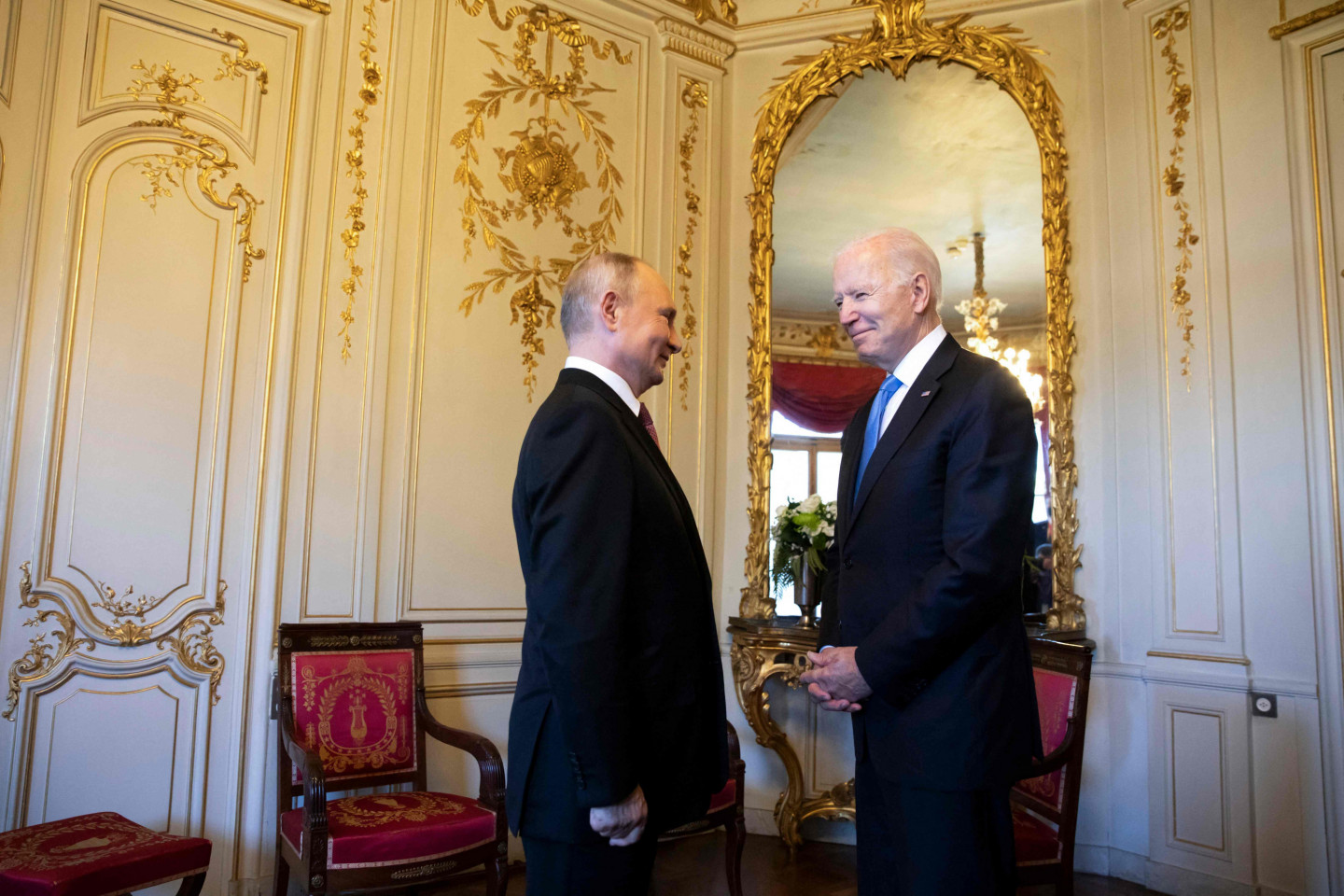 It is unlikely that after the meeting between Putin and Biden in the La Grange villa someone will have significantly changed this assessment. Everything happened without any surprises, even the slightest. They both talked, found that they did not understand each other, or even worse - assumed that they were trying to wrap each other around their fingers, deliberately cheating and pulling wool over their eyes - and went about their business, leaving political observers to discuss what the meeting result was like in sports terms - 1:0 or 1:1. Note that in the case of 1:0, it is not necessary to specify in favor of which.

It should be noted that both sides showed respect for each other. This is perhaps also the main result of the summit, which is especially necessary for Russia, where the question - do you respect me? - is the central cornerstone of all relationships. The fact that Putin revealed at a press conference that Biden had told him about his childhood during the talks can be interpreted in different ways. Both as a cordial atmosphere, as an expression of openness, and as a faintly hidden sneer - what are you expecting from that old man? He talks about childhood, reminisces about his mother. It is not for nothing that people keep talking about his dementia.

The real results of the meeting will be inferred from what happens next. At present, the world can operate only with the information expressed by both parties at the press conference, but leaks will appear in the coming days, which will allow a better understanding of what happened behind closed doors. How will the tone of Russian propagandists change (if it will change at all)? How active will the working groups be on the issues that have been agreed (Joint Statement on Strategic Stability)? How soon will the ambassadors return to the capitals of both countries? Will there be an exchange of prisoners? Will there be new cyber attacks?

As long as there are no answers to these questions, we can, in the words of Egils Levits, speculate on the prospects for peace in the future. I would like to point out that I am not talking about improving or deteriorating Russian-US relations. The two countries' views on the processes taking place in the world are so radically different that reaching an understanding is impossible. Just like Putin and Biden's conversation without interpreters, when neither understands the other's language (despite what Putin said at the press conference that they spoke "the same language").

It is a question of desires, of what everyone is ready to endure and whether the parties will be satisfied with it. So what does Russia want? It wants to be treated with dignity, as an equal partner, and to stop receiving lectures on democracy, human rights and all sorts of Navalnys. Let us do what we want in our sovereign territory, just as we do not prevent you from lynching black people on Fifth Avenue or wherever. Although now everything is the other way around, I guess? Blacks shoot unarmed white women trying to get into the Capitol? Whatever. You shoot what you want at your place, but don't stop us from poisoning our people at our place.

At first impressions of the press conferences, one may even think that Biden has almost agreed to such rules. Almost because there is one condition - just don't kill Navalny in the prison, but otherwise, ok, we will not mess with your things. In turn, you stop messing in the world and lay off Ukraine.

Will Putin be at peace with that? My answer is no. Putin could answer in his own head: We deserve by definition to beat, poison, starve in jails all those insurgents. According to the UN charter, and if someone doesn't like it, you can complain to the International League of Sexual Reforms (as Putin said in an interview with NBC, quoting Ostap Bender's response to Panikovsky in Ilf and Petrov's legendary novel "The Little Golden Calf"). Putin already has unlimited power in Russia's internal space, and to be content with it would mean stopping growth. He wants equally unlimited freedom on a planetary level. Well, not all over the world, but in a certain part of it. And a 100% guarantee that NATO will not threaten his wishes.

Biden's statement that Putin had asked how he could help (?!) solve the Belarusian question shows that Putin (like a capricious wife in comedies) does not even intend to make his objections first. Let the West itself come to the realization of what he wants, and then come to talk to him. Therefore, I predict that if any thaw in relations occurs after Geneva, it will be short-lived and soon the provoking of the West will resume. If only because there is no alternative to such a model.

If anyone thinks otherwise, let them describe the long-term model of action for Russia and Putin. Does anyone really think that Putin, Patrushev & Co will now start thinking about how to modernize Russia, attract investment, improve the well-being of its people and finally deliver on Putin's first-term promise to overtake Portugal in terms of GDP per capita? Obviously, no. Putin has had no time for such details since the death of Mahatma Gandhi. And no one should be confused by the fact that Putin himself was born after Gandhi's death. For those who live in the astral plane, Earth time is not binding.

Nor are there the slightest signs that Putin is just acting. For years, each of Putin's speeches has shown convincingly that just as Putin paints the world around him, he perceives it that way as well. This world of Putin is as simple as a watermelon - there is Russia, and there are hostiles like the United States, which dream of destroying Russia, or at least restricting it and making it an obedient vassal. If anyone in Russia opposes Putin, then he is a clear traitor, a US mercenary who would be willing to sell his own mother for money. No other reasons (such as dissatisfaction with Putin's policies) are possible. Therefore, the only algorithm for action is to show not the slightest mercy against the enemies of Russia (which equates to Putin). Both internal and external enemies.

Russia's (Putin's) main global challenge in this model is to maintain and expand its "sovereignty" (full discretion to do what it wants). As this goal does not go hand in hand with the vision of the rest of the world, which can be described as - if we want to live together on this planet, we must also adhere to some internationally accepted norms - so the confrontation and rattling of guns will continue. There is no other acceptable alternative, and the Geneva meeting did not outline it in the least.

The only consolation, and I fully agree with Professor Andris Sprūdis on this issue, is that Putin is not ready to go into open conflict with NATO in the current configuration. Consequently, no military equipment will cross the borders and roll into Zilupe. At least in the coming years. It is to be hoped that Biden in Geneva made it clear to Putin that the reunited West (NATO) will not tolerate it.