Zakopane in the Polish Tatras: A quick escape from the pandemic in the mountains

Last year, the new coronavirus pandemic disrupted travel plans and planned vacations abroad for many. For us too. Although the situation with the virus is still quite unstable, even after the vaccination process had started, we decided that after a year and a half of sitting at home, we deserve a little getaway. We had wanted to go to the Tatras before, and at this time going by car to the other end of Poland - Zakopane - seemed like a pretty attractive idea - a safe distance, if the Covid-19 situation worsens again, and the opportunity to get away from the summer heat.
31.07.2021. Baiba Puriņa 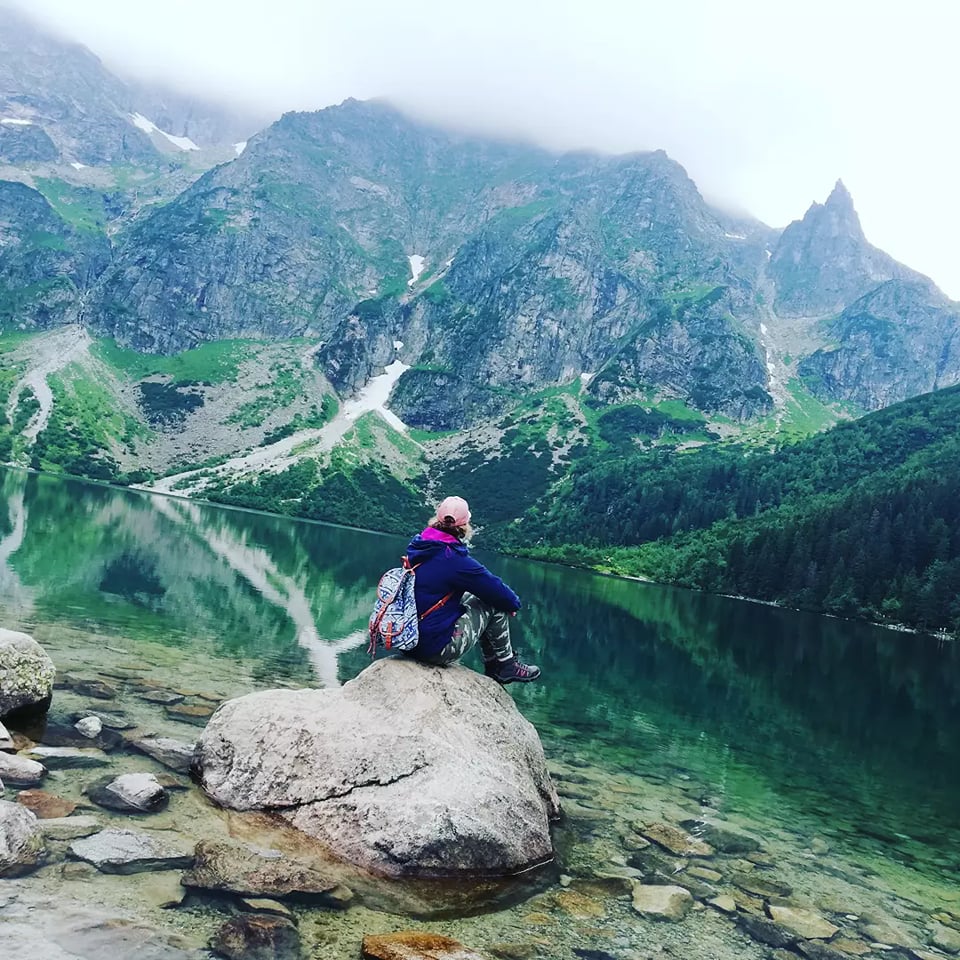 The long way there - what to expect?

Having purchased hiking shoes, packed the suitcases and successfully fit them in the trunk of the car, our company of four went on the road - three of us with printed vaccination certificates in our pockets, and the fourth, who will be fully vaccinated in a few days, with a fresh negative Covid-19 test. Since we had two drivers, we decided to make the trip in one go, changing the driver on the way, which took about 13 hours, including a lunch break in a Polish restaurant on the way.

We left at 4:00 in the morning and after a few hours, we crossed the Lithuanian border. Here, however, a nuance must be taken into account - upon arrival in Lithuania, you must have a completed travel form, which can be found here. It should be noted that the completion of the form is a bit cumbersome, as it requires the indication of accommodation and the place where you'll stay during the 14 days of self-isolation, which are mandatory fields. Afterwards, it is possible to check that you have been vaccinated and are only driving through the country. We copied the text of the vaccination confirmation in the place where the place of self-isolation is required, and the information about only driving through the country - where the place of accommodation is required. Unfortunately, it is not possible to write it manually. We were not stopped on the Lithuanian border neither on the way there or back, but there is a fine for not filling in the form, so it is better that it is filled both on the way there and back again.

No forms are required when crossing the Polish border. We were not stopped on this border either, so it can be said that we managed both the way there and the way back without a hitch. It is only necessary to remember that when returning to Latvia, you have to fill out Covidpass.

We had booked the apartments quite a time beforehand, considering that the trip takes place in July, when Zakopane is a favorite destination.

We arrived in Zakopane at the height of the tourist season, when the city streets are full of hikers who are mostly Poles themselves. We also met several Latvians. However, if you want to enjoy Zakopane and the mountain trails without the presence of people, then it is recommended to go there in spring or autumn, when it is low season. But this was the best time for our plans, because who knows what it will be like in the autumn, so we only had to endure a bit of congestion in the city center and bustle in the shops.

The fact that the Covid-19 pandemic is still raging in the world is indicated in Poland by only a few posters on the streets and warnings on shop speakers. We noticed, however, that Poles are quite relaxed about wearing masks and keeping their distance. Many come to the shops without masks and start looking for them only when law enforcement officers enter the door, reprimanding those whose mask has slipped below their chin or who don't have it at all. It must be said that we saw the police in several shops. It was possible to enter cafe premises without a mask and no one asked us to present a vaccination certificate. Also in the city buses and in the buses that took people to the mountains, I only saw masks rarely. In addition, there were often a lot of people in them - how could you keep a distance there?

Escape to the mountains

But Zakopane's greatest treasure and our destination was the mountains - the Tatras. Admittedly, we've had no experience in the mountains so far, but the very first time made us realize that one of the loves of a lifetime has been found. The views that open after each climb make you forget the fatigue and pain in your legs to go even higher.

On the first night, we were warned of severe storms, hail and floods, but the weather, at least in the city, did not deliver any unpleasant surprises. The first days of our walks in the mountains were also spent in the rain, but if you have a raincoat, it does not interfere with the climb. On the second day, however, the planned ascent to the top of the popular Giewont peak was interrupted by rainfall, which was growing stronger.

We reached the mountains from the city by car, but buses are also available. It is advisable to get mountain trail maps before going to the mountains at the city's tourist information offices or, in our case, apartments. The trails are marked with colors and it is basically impossible to get lost. The maps also show the approximate time it will take to cover a trail, which allows you to plan your own routes. Entrance to nature parks in Zakopane costs 7 złoty (1.53 euros).

While we spent the first day walking two different mountain trails with breathtaking views that surpass each other every few steps, on the third day after being drenched on the second day, we drove up the Kasprowy Wierch, which offers a breathtaking view of the valley and existing lakes, if it's not cloudy. We went along the red marked path to the black path that led down to the lakes, but the climb down is quite challenging, because you have to climb a very narrow, rocky path. If you are afraid of heights, this could be a nerve-wracking adventure. But the trail along the lakes in the valley is worth it.

We spent the last day in one of the most famous objects - Morskie Oko or Eye of the Sea, which is a lake with an incredible landscape. You can walk to the lake, but it is located on a hill, about eight kilometers from the parking lot. It should be noted that it is recommended to book a parking space on the Internet a day in advance, as it tends to fill up very quickly. Parking costs 35 złoty (7.63 euros).

We chose to go to the lake in a horse-drawn carriage, which costs 50 złoty (10.91 euros) per person. After about a 40-minute drive we were at the famous mountain lake. The view is difficult to describe - the emerald green lake is surrounded by mountain ranges, which are reflected in it. However, it must be taken into account that there are a lot of people there right now. On the other side of the lake, there is a steep trail to a smaller lake, which we also included in the route. The bravest also made their way to the 2,499-meter-high Rysy peak, which takes three hours to reach and the same amount of time to get down from there. In the middle, you have to reckon with steep, rocky sections, where you even have to hold on to chains.

After spending almost a year and a half in the shadow of Covid-19, such a trip helped me escape a little from everything. In the mountains, all passers-by greet each other in both Polish and English. You can also meet smiling Latvians. It feels like time runs differently in the mountains, and here it is quickly forgotten that somewhere in the bag sits a face mask.