Strange, but the Latvian government almost did not even "notice" the public protests on August 18 - there were only a few drunk citizens in the center of Riga and one police car whose window was broken. Thank God, that was it.
20.08.2021. MKMāris Krautmanis 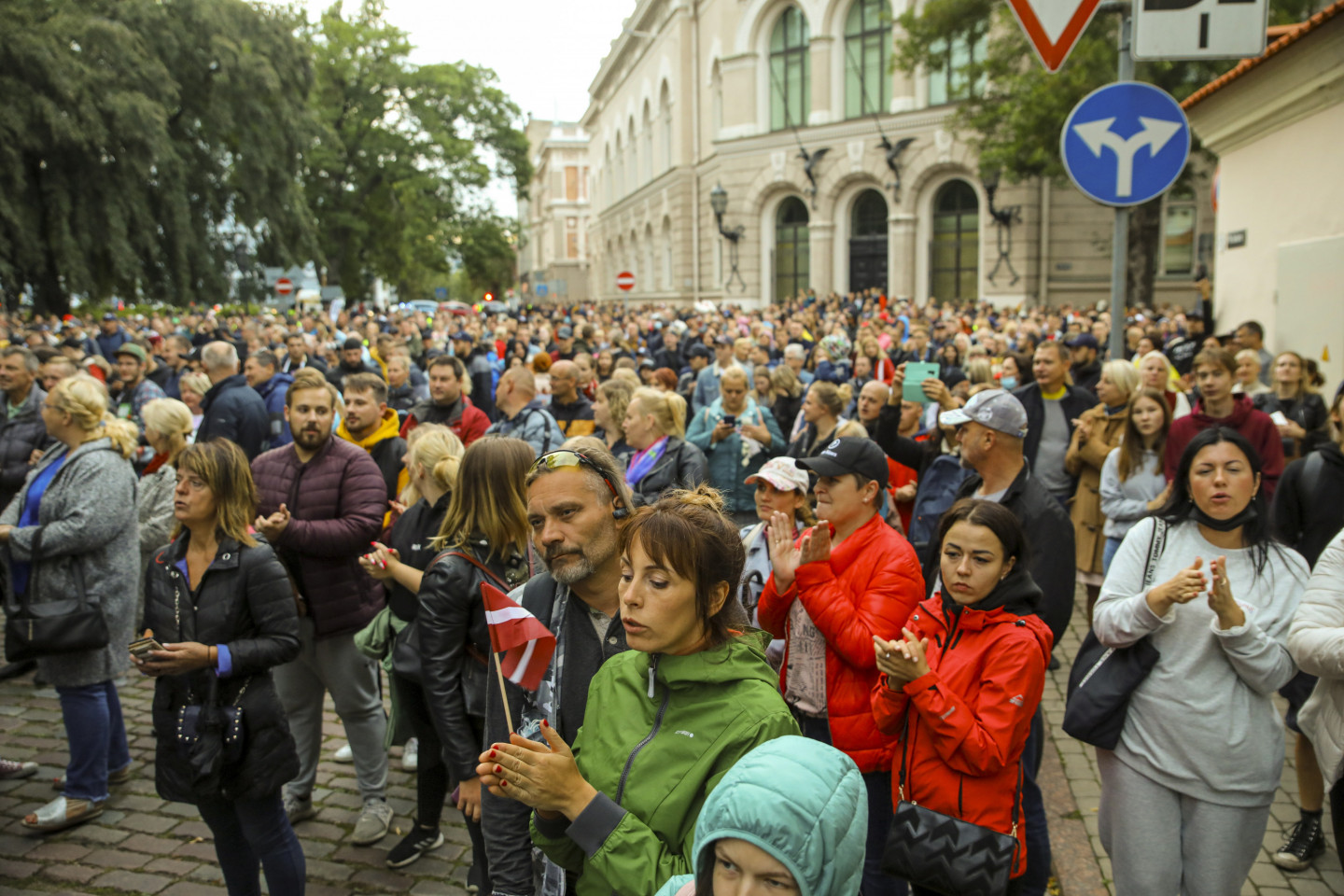 The point is that public protests tend to have different consequences in different countries, much depending on the circumstances. When some angry people protest against something in Britain or France, it is short-lived and marginal. For one day, it also lives in the minds of the general public - burnt cars, broken shop windows. But in essence, nothing changes - the state continues to stand as it was, and all the madness does not affect it.

There is also another type: in December 2010, people in Tunisia began to protest to overthrow the power, and then a chain reaction began - in Egypt, Yemen, Libya, Syria, Bahrain, Algeria, Sudan, Lebanon and elsewhere. In one place the ruling regime was overthrown, in another, protests were suppressed, in others, they died off by themselves. The Arab Spring was really harsh.

There is also a third option - Russia, Belarus, Turkey. In these countries, the political opposition has made a determined attempt to overthrow the power, but without success. There have been major protests, which have not yet brought results.

But there have been protests over the last year about the Covid pandemic - they have taken place everywhere, starting with France. Also in Cyprus, Serbia and everywhere. In Lithuania too, just recently.

Latvians are smart, pragmatic, rational. This may not even be all that good, because Latvia does not have the same structure of trade unions and protests as in Western countries. If the employer is strangling you, you need to strangle him back. But there is still a long way to go until we reach that point. The rebelliousness of Latvians has disappeared somewhere.

What were these protests about?

In general, a great deal of anger has accumulated against the government, the president and the form of governing, but everyone may have their own pain point.

The government has lied this whole time, used money that we now have "more than ever before". The government has created chaos by willingly supporting the big gambling operators with benefits at the very height of Covid curfews when those working in other fields received nothing.

There were also some magical decisions to ban the sale of gloves, scarves, hats during the winter. Shortly before the protests, pianist Pavļuts announced that more than a hundred positive cases in 14 days would lead to new bans. Bets can now be placed, what items will be banned from selling in supermarkets this time. The most fearful people are already buying up salt, matches and coffee filters.

If one of the so-called epidemagogues announces that the sale of table salt in supermarkets is the main channel through which Delta variant spreads, the government will immediately launch the "traffic light principle" and a yellow warning tape will be drawn across all salt shelves in supermarkets.

Many are angry that they have recovered from Covid, but in the jungle of state bureaucracy, it is not possible to prove that they were sick because Latvia, unlike Estonia, does not recognize antibody tests, and so on. There are many such people.

Therefore, the August 18 protest was neither a march of Covid deniers nor of hysterical anti-vaxxers. The protest of August 18 was a spontaneous and mass expression of people's dissatisfaction with the arbitrariness of the Covidocrats, covering how they steal from the country with the excuse of the pandemic. Some say that public protests will not worry the government until their size will start rocking the chairs of Kariņš and Levits.

In my opinion, the protests of August 18 only revealed the visible part of the iceberg The number of outraged and deeply affronted Latvian citizens is tens of times higher than the thousands who gathered in the center of Riga on August 18. If the whole iceberg moves, the corrupt Covidocrat clique will have to start reciting prayers to their Covid god and hope for a miracle.