People in Lithuania and Estonia consume more alcohol than in Latvia

In late July, the Ministry of Health launched a campaign to curb alcohol consumption. The reason was the statistics compiled by the World Health Organization, which showed that Latvia is the biggest alcohol drinking country in Europe.
24.08.2021. JPJuris Paiders 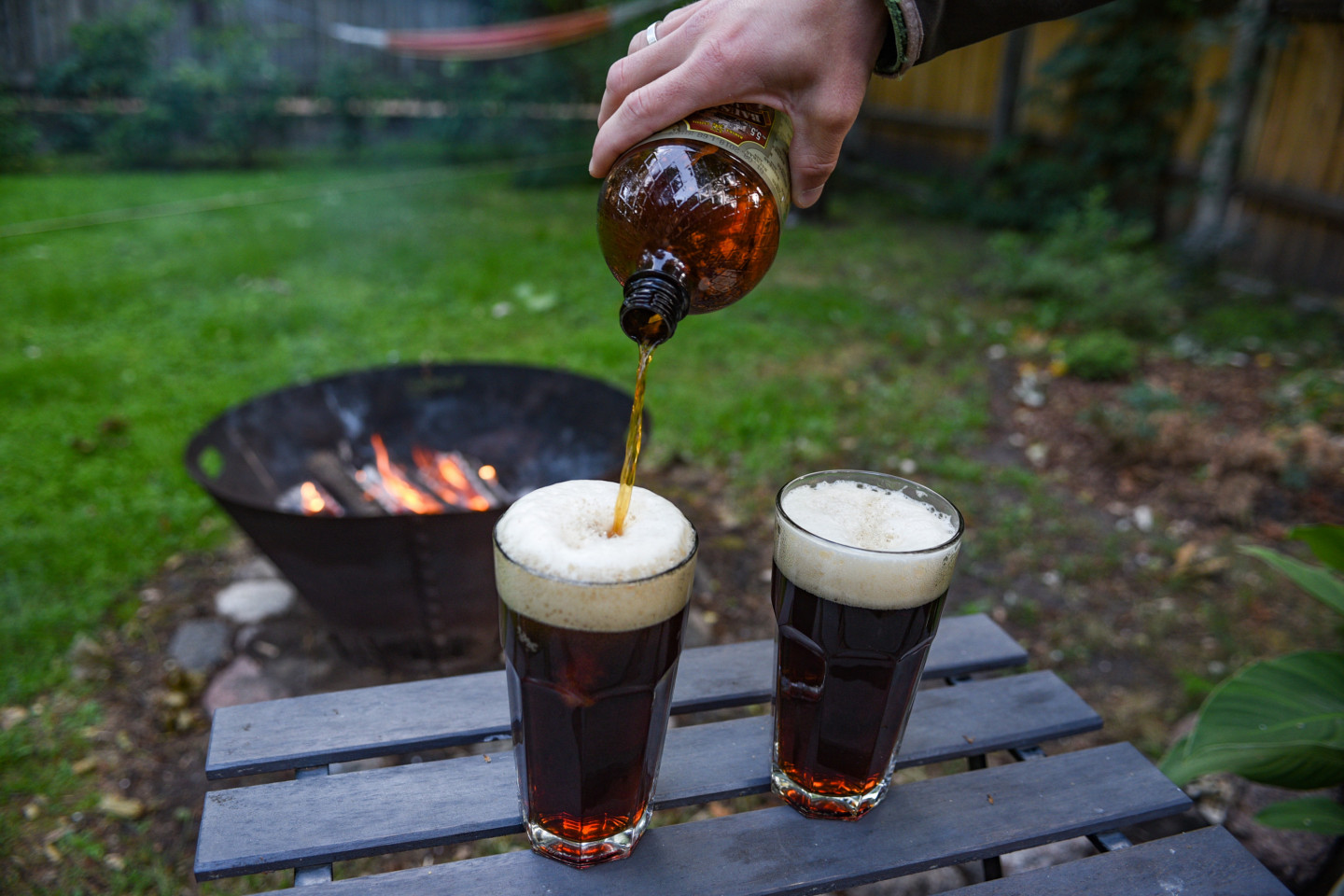 Indeed, the WHO Global Health Observatory Data Repository (European Region) reports that in 2019, Latvia was in first place in Europe in terms of total alcohol consumption (in terms of ethyl alcohol) per capita (over 14 years of age). In addition, not just in the EU but also in the first place comparing all European countries, all former USSR countries and Israel. According to the compiled statistics, in 2019 one resident over 14 years of age in Latvia bought an average of 12.9 liters of alcohol per year (converted into pure ethyl alcohol). In the Czech Republic the figure was 12.73 liters, in Lithuania - 11.93 liters, in Austria - 11.90 liters, in Estonia - 11.65 liters, but in France - 11.44 liters. Citizens of Bulgaria, Slovenia, Luxembourg, Andorra, Poland, Romania, Ireland, Hungary, Spain, Belarus, Germany, Portugal and Slovakia and guests of those countries also bought more than ten liters of alcohol (in ethyl alcohol).

Here Latvia was declared the heaviest-drinking country in Europe, and this was the reason for launching a massive political campaign calling for restricting the availability of alcoholic beverages and related activities.

I'm not denying that high alcohol consumption is a very negative phenomenon that undermines the health of the population, that Latvia should definitely promote a healthy lifestyle and reduce the consumption of alcoholic beverages, however, judging objectively, Latvia is not the heaviest-drinking country in Europe. The World Health Organization's statistics look at 2019 beverage sales. This was the year when a significant amount of alcoholic beverages sold in Latvia were bought by Estonian and Lithuanian residents. During this time, there were no pandemic restrictions and there were significant differences in excise duties in the Baltic States. Beer and strong alcohol were significantly cheaper in Latvia than in Estonia. Although beer was slightly cheaper in Lithuania than in Latvia, strong alcohol was much cheaper due to tax differences.

Therefore, according to the calculations made by the Center for Disease Prevention and Control, based on the excise tax data on alcoholic beverages provided by the Excise Goods Movement Division of the State Revenue Service, the actual consumption of alcoholic beverages per one person over the age of 14 in the Latvian population was 1.5 liters less than the amount of officially sold alcoholic beverages that was included in the WHO data. Taking into account the CDPC correction, the Latvian population drank 11.4 liters of pure ethyl alcohol in 2019, and adjustments must be made in the European alcohol consumption ranking table. As the difference between amount sold in Latvia and amount consumed by the Latvian population was consumed by Lithuanian and Estonian residents, the Lithuanian and Estonian alcohol consumption data must also be adjusted taking into account cross-border trade. Taking into account the trends included in the SSE Riga Sustainable Business Center BICEPS 2020 study “Excise tax policy in the Baltic States: alcoholic beverages, soft drinks and tobacco products”, it can be assumed that in 2019 all reductions in beer sales in Estonia were due to cross-border purchases in Latvia, but reductions in strong alcohol sales in Estonia and Lithuania are evenly distributed between cross-border purchases in Latvia. In my opinion, 1.5 liters of ethyl alcohol per capita should be redistributed from the Latvian balance sheet, increasing Lithuanian consumption by 0.2 liters of ethyl alcohol per capita per year, and Estonian consumption by 1.7 liters per year. The correction does not coincide with the 1.5 liters for Latvia, because Estonia has a smaller population than Latvia, but Lithuania has a larger population.