The government has decided to spend 90 million euros more on maintaining the state-owned airBaltic, softening its decision with some reservations: if the European Commission allows, if airBaltic promises not to ask for money in the future, and if the company really can't survive on a smaller amount.
24.08.2021. Arnis Kluinis 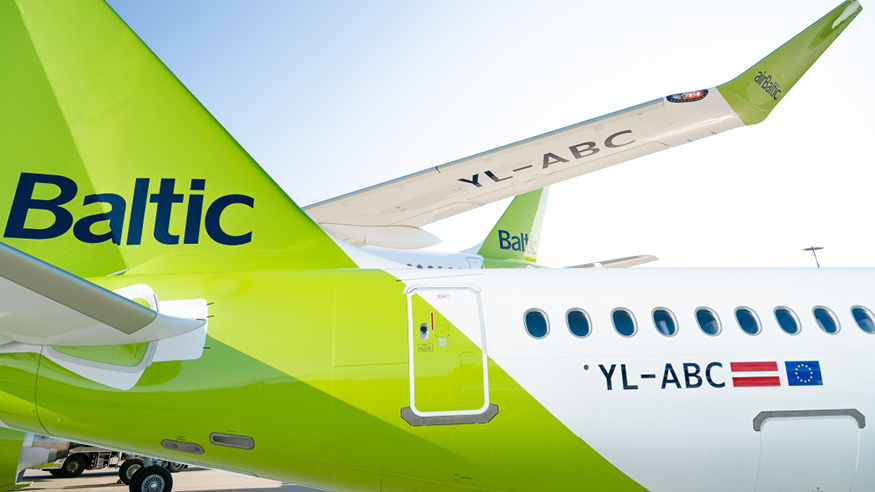 SUITABLE AS AN AIRPORT DECORATION. Riga Airport can be proud that the Airbus A220-300 aircraft sitting at its aerodrome are much newer and slimmer than aircraft at other aerodromes ©Publicitātes foto

The decision of the Cabinet of Ministers of Latvia on August 17 almost coincides with the news of airBaltic that the company received another new aircraft Airbus A220-300 at Riga Airport on August 22. The planes were negotiated ten years ago when such planes were still in the process of being built by the Canadian company Bombardier. According to the stages of construction of the aircraft, the order was specified in increasingly binding agreements for both parties. Unexpected difficulties forced the aircraft manufacturers to abandon their brand for Airbus money to complete the project. When the construction of the aircraft was launched, airBaltic became the first buyer and user of this aircraft. The world's first passenger flight with Airbus A220-300 aircraft took place on December 14, 2016, on the route Riga - Amsterdam. In this way, airBaltic acquired the right to 50 aircraft as if with a price discount for advertising and testing the specific project. On August 22, airBaltic got on its 29th new aircraft, which the company does not need at least for the time being due to international traffic restrictions because of Covid-19. No one could have imagined such restrictions at the time of ordering the aircraft, but Covid-19 does not mean the automatic cancellation or postponement of aircraft orders. It is likely that the order could be canceled only by getting rid of airBaltic with high risks that aircraft builders or buyers of their rights will still try to recover debts from the Latvian state that have not been paid by the state-owned company airBaltic. It is currently not possible to sell aircraft or aircraft order rights, as airlines around the world are in a similar situation to airBaltic. States keep supporting airlines in the hopes that in other countries, money and public patience will run out sooner. The aircraft of these other countries will then be scrapped, while the aircraft of the countries and airlines who endured will fill the market for air passenger transport that will begin to grow after Covid-19.

Due to Covid-19, the Latvian state has already invested 250 million euros in airBaltic and written off the company's debts to the state in the amount of 37 million euros. The hundreds of millions of euros with which the state had to buy out airBaltic from the privatization schemes in which the former Minister of Transport Ainārs Šlesers had entangled the company in are not included here. It is not possible for him to have such a political force in the next Saeima elections that would really endanger the current ruling coalition. A threat to the coalition would mean a threat for A. Šlesers to await the elections in prison.

State gifts to airBaltic are presented as investments in the company's share capital, which is estimated to have reached 506.5 million euros. In reality, of course, the company does not have any half a billion euros in bank accounts or in the value of new aircraft, because the money for these aircraft has not been paid. Accordingly, airBaltic cannot get money for the sale of its gleaming fleet.

The company's equity must now be negative or close to negative again. The company is flying on a worn-out pillow of working capital.

The state's investment in the company's share capital counts as a loan in the sense that the state will sell the company's shares, in which the invested money is converted. In reality, this is just a pretext to get into society's good graces, because no one will buy the shares of a company whose value is not covered by money or property.

It is undeniable that airBaltic has a market share in air transport. The words said by Martin Gauss, CEO of airBaltic (also Chairman of the Board or President, as appropriate) on July 29 that the number of passengers in July increased by 90% compared to June sound very nice. On the other hand, the opposite impression can be created by adding to airBaltic's excuses that the total of 328 thousand passengers carried in the first half of this year is far from half of the 1.34 million passengers that airBaltic was able to get in the previous Covid year. A sharp increase in the number of passengers in the second half of the year could do nothing more than repeat last year, followed by a repeat request for the next portion of public money.

Instead of its own money, the airBaltic cash register has only a list of creditors' claims, where coupons for the bond issue made in July 2019 stand in the place of honor. At the time, airBaltic was proud that lenders had entrusted it with 200 million euros over five years at a rate of 6.75% per annum. Now airBaltic is proud to have given its second bond coupon payment of 13.5 million euros to international financial speculators last month. Under normal circumstances, it is inconceivable that someone would buy airBaltic shares sooner than the company would have paid off the principal amount of the bonds with all the coupons. This is not to say that it would not be possible to sell shares or airBaltic itself at all in the event of an abnormal situation such as hyperinflation or political and military conflicts.