The Riga Regional Court has decided to appoint Sandra Amola as the appellate judge in the Lembergs criminal case. S. Amola will be the presiding judge, but the Court of Appeal will evaluate the case with three judges.
26.08.2021. Uldis Dreiblats, Ritums Rozenbergs 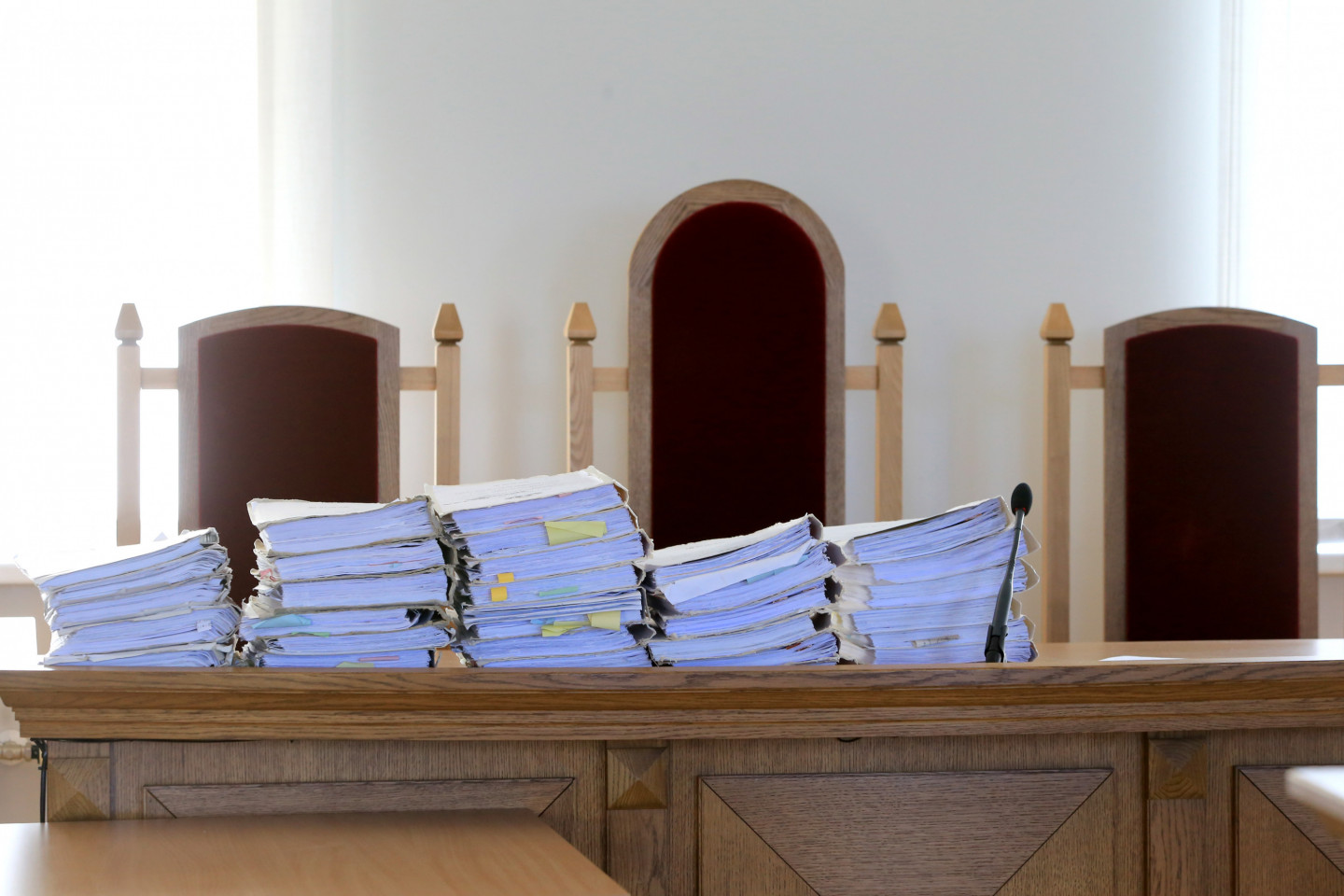 In the Lembergs criminal case, Judge Sandra Amola of the Riga Regional Court has been appointed Chairperson of the Court in the appellate instance. ©F64

Aivars Lembergs' defense has already submitted a request to the new judge to review the imposed security measure. Other requests have also been submitted.

Earlier, Raimonds Ločmelis, Assistant to the Chief Justice of the Riga Regional Court, informed Neatkarīgā that the selection of the new composition of the court would take place on August 23 by computer, "to ensure complete objectivity and observance of the principle of randomness in the distribution of cases".

Will decide on the security measure

This week, Neatkarīgā received confirmation from lawyer Māris Grudulis that A. Lembergs had appealed to the newly appointed judge about the applied security measure - detention, asking to replace it with a different one. The request was submitted on the basis of Section 281, Paragraph 5 of the Criminal Procedure Law. It states that "an application regarding cancellation or amending of arrest, or an assessment of the necessity of a subsequent application of arrest after transfer of a case to the appellate court until the commencement of trial may be submitted only then if such health or family conditions have arisen which may be the grounds for cancellation or amending of arrest, and such facts are attested by documents".

The lawyer confirmed that a number of evidence had been submitted to the court regarding A. Lembergs' state of health and its deterioration. According to the law, a request for a change of security measure must be considered by the court by this Friday. 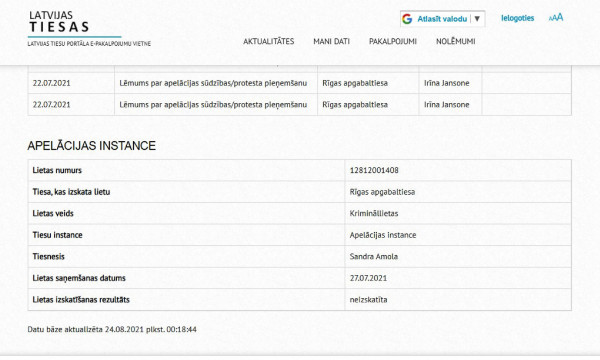 Juriss did not file a complaint

The document reminds that the leading role in the first instance proceedings, as well as in the pre-trial investigation was not played by A. Zalužinskis, but by the senior prosecutor Juris Juriss. Among other things, he expressed his views on the type and amount of the penalty in the court debate, but did not lodge an appeal in his own name. The defense considers that it was the prosecutor who was in higher office, as required by law, who had to file a protest, and not A. Zalužinskis, who was below him.

S.Amola may have a difficult time deciding on requests in Lembergs criminal case, as her direct superior is Irīna Jansone, Chairperson of the Criminal Court Chamber of the Riga Regional Court, and Deputy Chairperson of the Riga Regional Court. As is well known, I. Jansone was appointed to a senior position literally a few days before the judgment of the first instance was pronounced in the Lembergs criminal case. It was the composition of the court headed by I. Jansone that remanded A. Lembergs in custody without a comprehensible and logical justification.

What is Bordāns thinking about?

Among other things, a few days after receiving the appeals and protests (it can be seen in the court portal that it officially happened not on July 22, but on July 27), the Riga Regional Court considered the change of security measure for A. Lembergs on its own initiative. The court ruled that detention must remain in force.

This information became known to the public much later - only on August 20. However, it also brought joy to A. Lembergs' opponents.

For example, the current Minister of Justice Jānis Bordāns was unable to hide his joy on August 20, even at the opening of the Barricade Museum's exhibition “Action. Freedom. Barricades did not start in January”. The opening of the exhibition was broadcast live on Facebook, thus gaining a wide resonance.

J.Bordāns concluded his speech with this: "Is what we once talked about happening now, that independence will have to be safeguarded? Independence must be protected in very different ways. Many use this period of independence in different ways. For example, today, when I came here, I read the news that one of the members of the political elite for thirty years had been detained. For what? The fact that they wanted to exercise this freedom selfishly and wickedly at the expense of all the people who, as we can see (shown on the exhibition stands in the museum) standing in the barricades, while there were those who knew this was the time to get rich, contrary to the fight for independence. As barricades are, in a sense, our victory story and because of the memory of the barricades, it is important for us to remember every day that our country must be defended and our honor must be defended. Thank you for your attention!"

Comment
Will the monument to Latvian legionnaires be dumped in the garbage?
Elita Veidemane
It looks like Jānis Bordāns wants to destroy Aivars Lembergs physically
MKMāris Krautmanis
SIF will bring Christmas gifts to the Muslims in Mucenieki
Imants Vīksne
Pornography or art? Artworks bought with Covid-19 money and put on public display raise doubts
Ilze Šteinfelde
Lembergs' health condition at the Olaine hospital is serious but stable
Uldis Dreiblats, Ritums Rozenbergs
Prisons are in no rush to revaccinate
Ilze Šteinfelde