Following the application of Aivars Lembergs, the case “On the Compliance of Section 32, Paragraphs Four and Eight of the Law on the Election of Local Government Councils with Article 101 of the Constitution” has been initiated in the Constitutional Court.
01.09.2021. Uldis Dreiblats, Ritums Rozenbergs 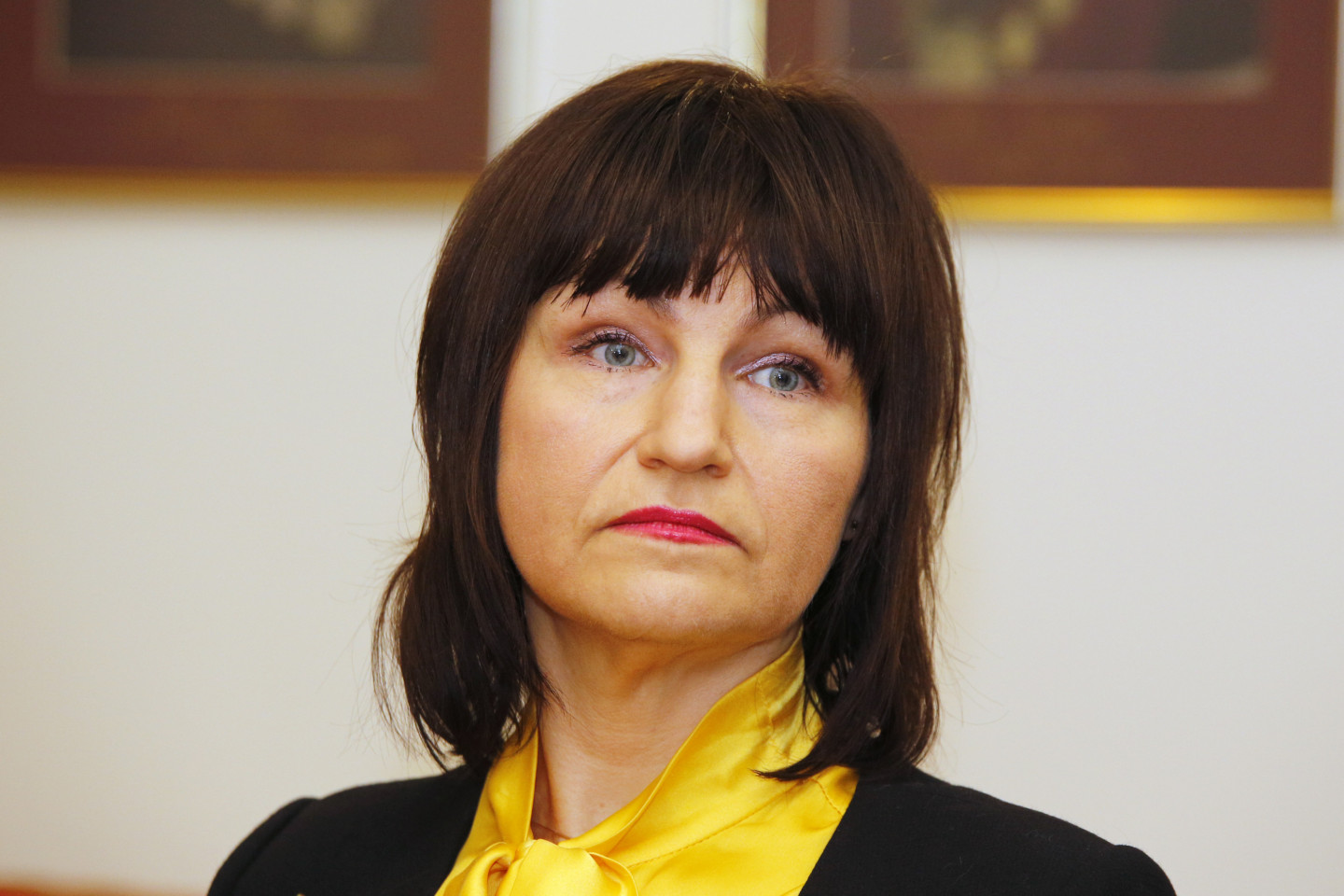 WILL NEED TO DECIDE. The court panel headed by the Chairperson of the Constitutional Court Sanita Osipova has recognized the application of Aivars Lembergs as substantiated and legally correctly reasoned, which aims to initiate a case regarding non-compliance of the norms of the Law on the Election of Local Government Councils with the Constitution, which prohibits most detainees from participating in local elections ©Kaspars KRAFTS, F64 Photo Agency

As you know, A. Lembergs has been in custody since February 22 this year, based on the decision of the Riga Regional Court, which does not even have a real justification for the need to apply the harshest security measure.

Meanwhile, local elections took place on June 5 of this year, but A. Lembergs was not allowed to vote in them, i.e., to exercise active voting rights.

However, he was elected a deputy of Ventspils City Council with an excellent result - A. Lembergs received the most votes in this election, ahead of the second place winner (current Ventspils Mayor Jānis Vītoliņš from the party For Latvia and Ventspils (Latvijai un Ventspilij) that is led by A. Lembergs) by 11% compared to For Latvia and Ventspils total number of votes received. Ģirts Valdis Kristovskis (the joint list of New Unity (Jaunā Vienotība) and the Latvian Association of Regions (Latvijas Reģionu apvienība)) received the most votes out of the opposition in Ventspils City Council, but his result was more than 4 times worse than for A. Lembergs.

Voting can be done only in six municipalities

The reason why A. Lembergs could not exercise his right to vote was not the employees of the Prison Administration, but the norms of Section 32 of the Law on the Election of Local Government Councils. They prohibit persons who have been given arrest as a security measure from voting in municipal elections, provided that these persons are in a place of deprivation of liberty outside the territory of the constituency in which the person is registered.

Researching the current situation, A. Lembergs has concluded that only a small part of the detainees in Latvia has the right to participate in local elections.

The application to the Constitutional Court, signed and submitted on behalf of A. Lembergs by the sworn advocate Dr. iur. Inese Nikulceva, says: “Pursuant to Section 4, Paragraph one of the Law On the Procedures for Holding under Arrest, detention shall be carried out in an investigative prison. There are currently eight prisons in Latvia, located in Riga, Daugavpils, Jelgava, Jēkabpils, Liepāja, Olaine (Prison Hospital) and Valmiera. According to the 2019 data by Prison Administration, remand prisons are Riga Central Prison and Liepāja Prison, while Daugavgrīva Prison (Daugavpils), Iļģuciems Prison (Riga), Jelgava Prison, Olaine Prison and Valmiera Prison have investigation units. Thus, in applying Section 32, Paragraph eight of the Law on the Election of Local Government Councils,

persons who have been detained as a security measure may vote only in the elections of the councils of six local governments (Riga city, Liepāja city, Daugavpils city, Jelgava city, Olaine municipality and Valmiera city) because there are no remand prisons in other territorial units of Latvia.”

People must have the right to vote

The application states that such a situation is in clear conflict with both international human rights norms and the Latvian Constitution: “Article 25 of the International Covenant on Civil and Political Rights (Covenant) provides: "Every citizen shall have the right and the opportunity, without any of the distinctions mentioned in article 2 and without unreasonable restrictions: (a) To take part in the conduct of public affairs, directly or through freely chosen representatives; (b) To vote and to be elected at genuine periodic elections which shall be by universal and equal suffrage and shall be held by secret ballot, guaranteeing the free expression of the will of the electors [..]."

The Constitutional Court has also pointed out that the first part of Article 101 of the Constitution, which stipulates that “every citizen of Latvia has the right, as provided for by law, to participate in the work of the State and of local government, and to hold a position in the civil service,” is in line with Article 25 (a) of the Covenant.

Thus, Latvian citizens who have been detained as a security measure are “full-fledged citizens of Latvia” within the meaning of Article 101 of the Constitution and have the right to elect the local government council.”

The document submitted to the Constitutional Court emphasizes that the European Court of Human Rights has also analyzed the right of persons in prison to participate in elections. As stated in the application, “In its judgment of October 6, 2005, in Hirst v. the United Kingdom (no. 2), [GC], application no. 74025/01, the European Court of Human Rights emphasized that prisoners continue to enjoy all the fundamental rights and freedoms guaranteed by the Convention, with the exception of the right to liberty, since a lawful deprivation of liberty falls within the scope of Article 5 of the Convention (paragraph 69 of the judgment). The right guaranteed by Article 3 of Protocol No. 1 of the Convention is no exception, and the prisoner shall not lose the right to vote provided for in the Convention solely because of having the status of a sentenced person."

The application is justified

The Chamber decided: "1. To initiate a case in the Constitutional Court “On the Compliance of Section 32, Paragraphs Four and Eight of the Law on the Election of Local Government Councils with Article 101 of the Constitution of the Republic of Latvia” upon the application of Aivars Lembergs (application No. 83/2021).

2. To invite the institution that has issued the impugned act - the Saeima - to submit a reply to the Constitutional Court by August 4, 2021, with a statement of the factual circumstances of the case and a legal substantiation. The decision cannot be appealed."